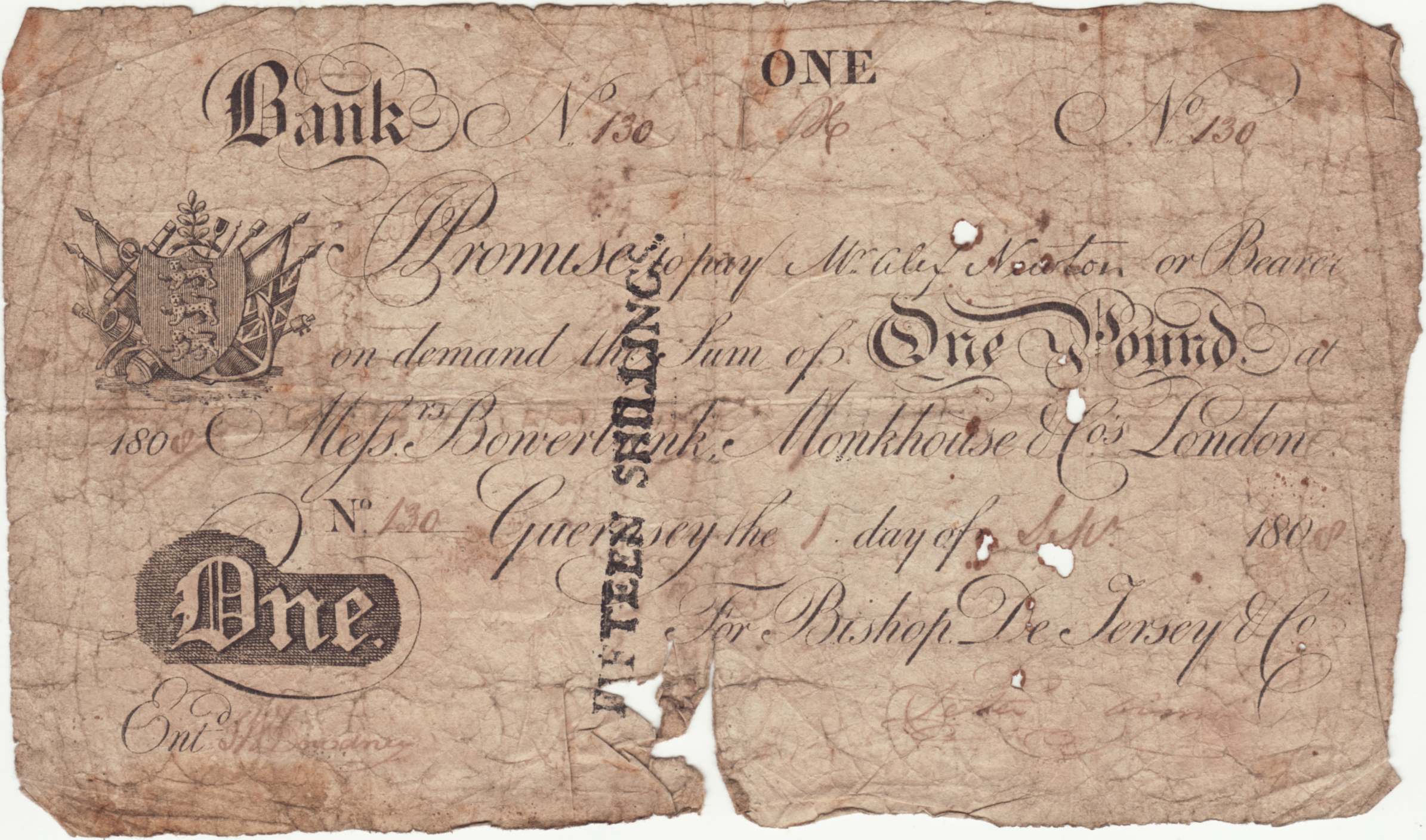 Guernsey is an island in the English Channel off the coast of Normandy, France. With several smaller nearby islands, it forms a jurisdiction within the Bailiwick of Guernsey, a British Crown dependency with its own parliament known as “The States.” Until the early 19th century, Guernsey used predominantly French currency. Coins of the French livre were legal tender until 1834, and French francs were used until 1921. In 1848, an ordinance was passed that the pound sterling should be legal tender at a value of £1 1s 3d. This was rescinded in 1850, and French currency, supplemented by local issues, continued to circulate. In 1870, British coins were made legal tender, with the British shilling circulating at 12½ Guernsey pence. Bank of England notes became legal tender in 1873.