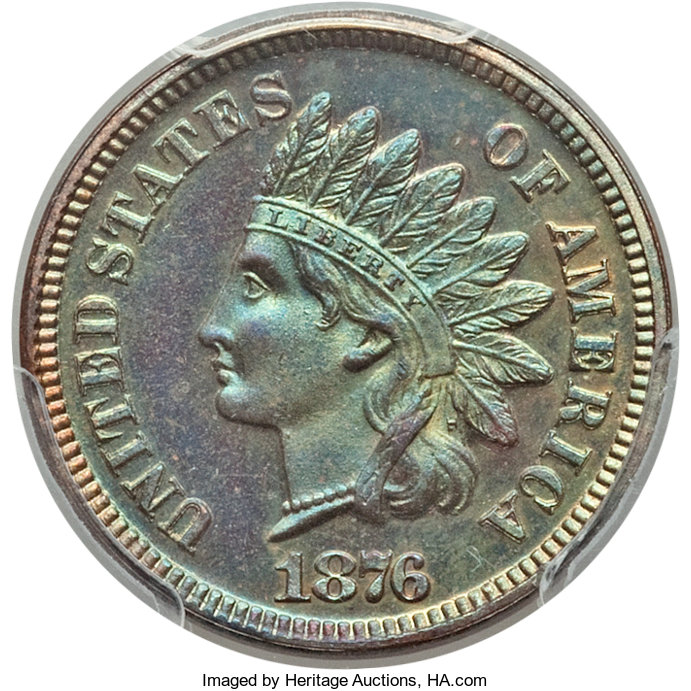 At 1,150 coins struck in 1876, the Indian Cent Series sees its highest mintage thus far; yet still low compared to later issues. Scarce only as a high-end gem with brown color. Otherwise, it is quite common. The same applies to those with red-brown surfaces with scarcity starting at PR66. Full red examples are even scarcer. Only rare if there are cameo surfaces. Look for attractively toned brown pieces or blazing red surfaces as those are the most desirable and are not too tough to find.
Show catalog details.