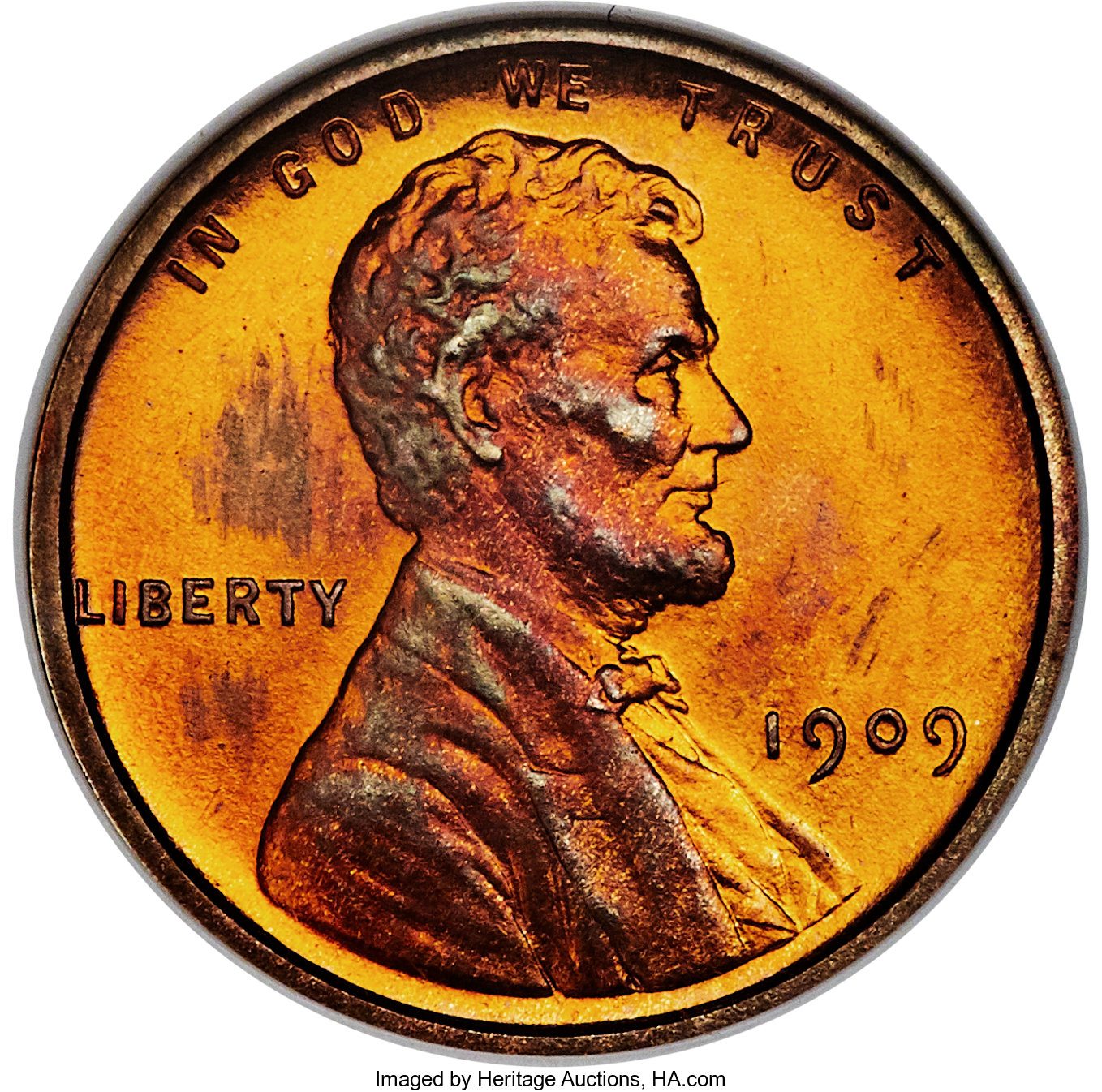 The 1909 VDB proof cent is one of the scarcest regular-issue proofs around, despite having a higher mintage than several other proof Lincoln cents of the 1909-1916 era. There?s some speculation that the United States Mint may have destroyed unsold examples or distributed them as business strikes. Whatever the case, there are likely fewer than 200 examples in existence, and but a handful are known in the Red Proof grades.
Show catalog details.