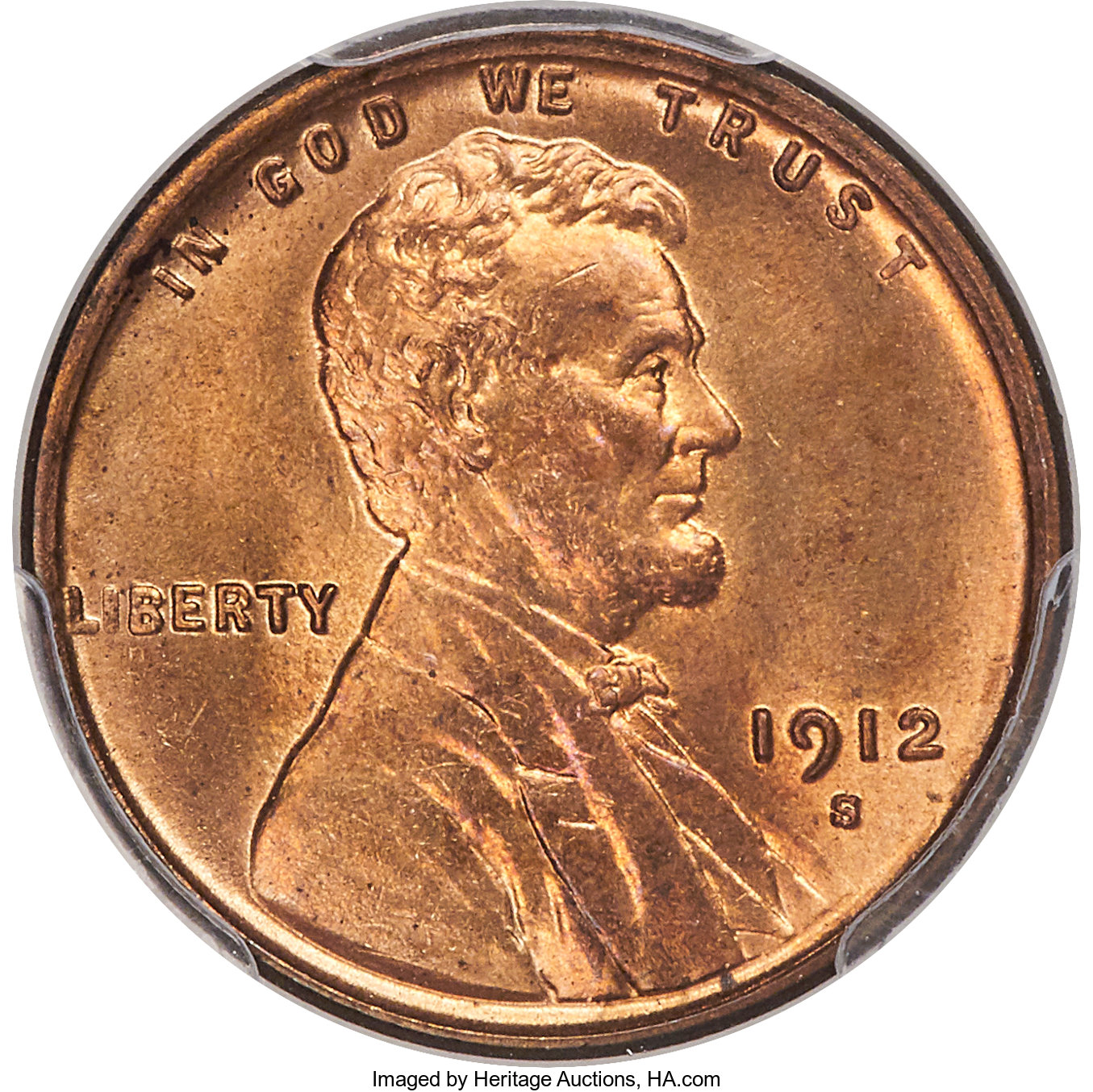 The 1912-S Lincoln penny is a scarce semi-key coin, like many other S-mint issues from the early period of this series. Examples are tough in circulated grades and are increasingly rare ascending on the grading spectrum. Uncirculated specimens are scarce across the board, with Red specimens very rare in the Gem grades. There is some speculation that this and other early S-mint Lincoln cents may have been struck using a different alloy, a theory posed due to the relatively light color of Red-designated uncirculated coins.
Show catalog details.