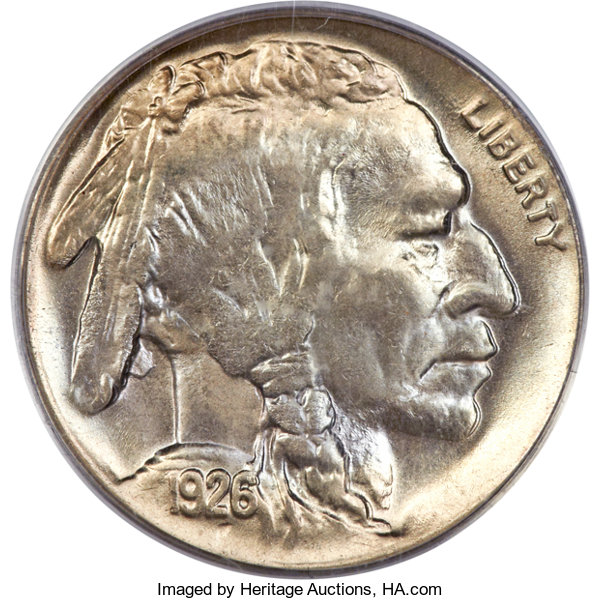 CPG: $ 0.35
Grey: $ sign in
Did we get something wrong? We want to hear from you.
Send Price Feedback

A significant modification was made to the reverse design of the Buffalo nickel during its first year of production 1913, with the mound upon which the bison stands being converted to a line. This change was necessitated to help prevent the denominational inscription FIVE CENTS from becoming virtually obliterated by normal circulation wear.

All of the Buffalo nickels struck with the design of the bison standing on a line are known as Type 2 Buffalo nickels and constitute the vast majority of pieces struck within the series, with the Type 2 variety made from 1913 through the end of production in 1938. The Type 2 Buffalo nickel is represented by many key and semi-key dates, including the 1913-D, 1913-S, 1921-S, and 1926-S, as well as several notable varieties, such as the 1914/3 overdate, 1916 doubled die, 1918-7-D overdate, and the famous 1937-D 3-Legged error, among others.
Show catalog details.