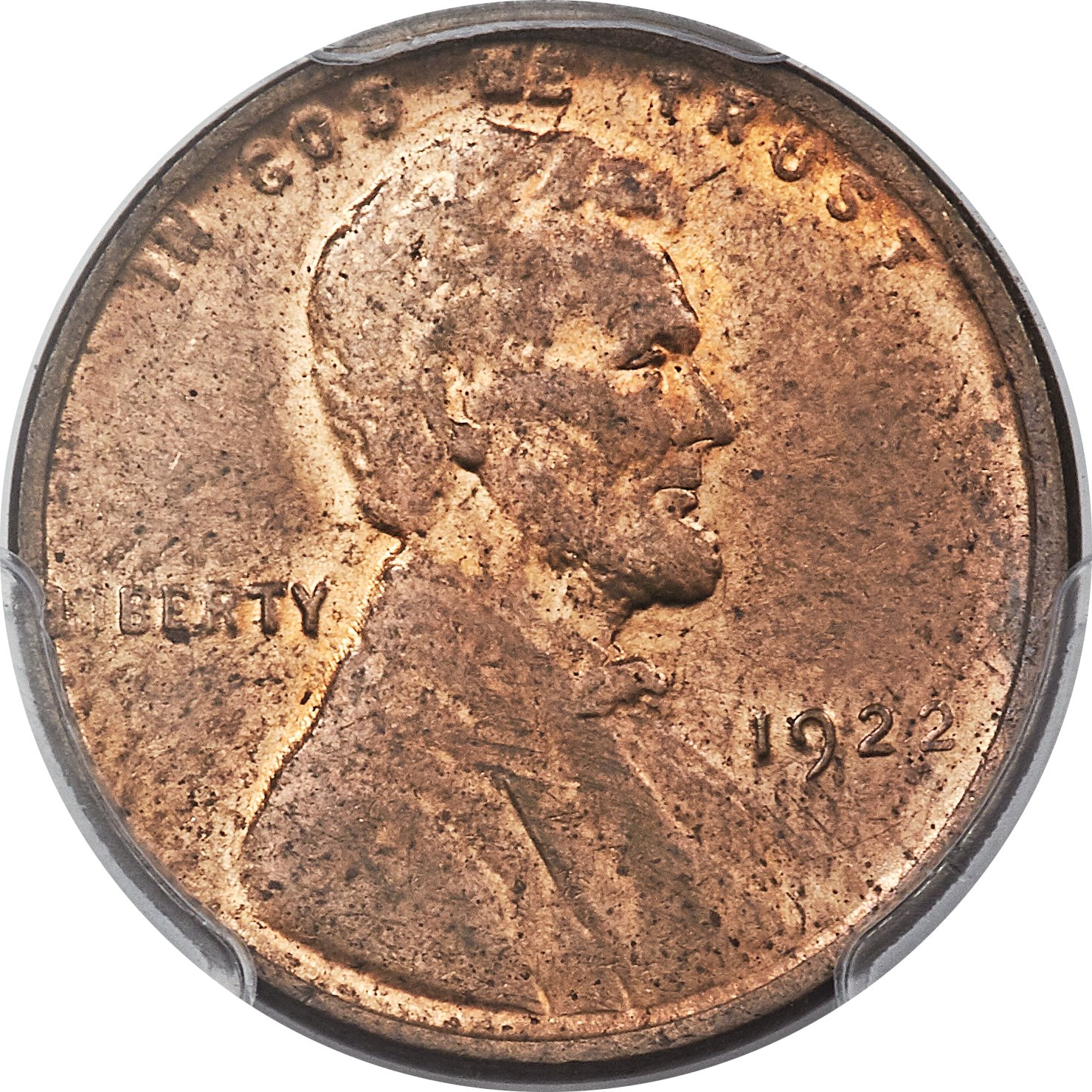 The 1922 no D Weak D is one of the most popular and affordable versions of the year?s one-cent varieties. The Weak D enjoys attention in part because it serves as an affordable space filler for collectors who can?t afford to lay out hundreds of dollars for a 1922 no D cent, a rare variety that is customarily given a place in most Lincoln cent folders, albums, and displays. The 1922 no D Weak D trades for a small premium over its standard 1922-D counterpart, but it should not be mistaken for the rarer and more valuable Plain variety.
Show catalog details.