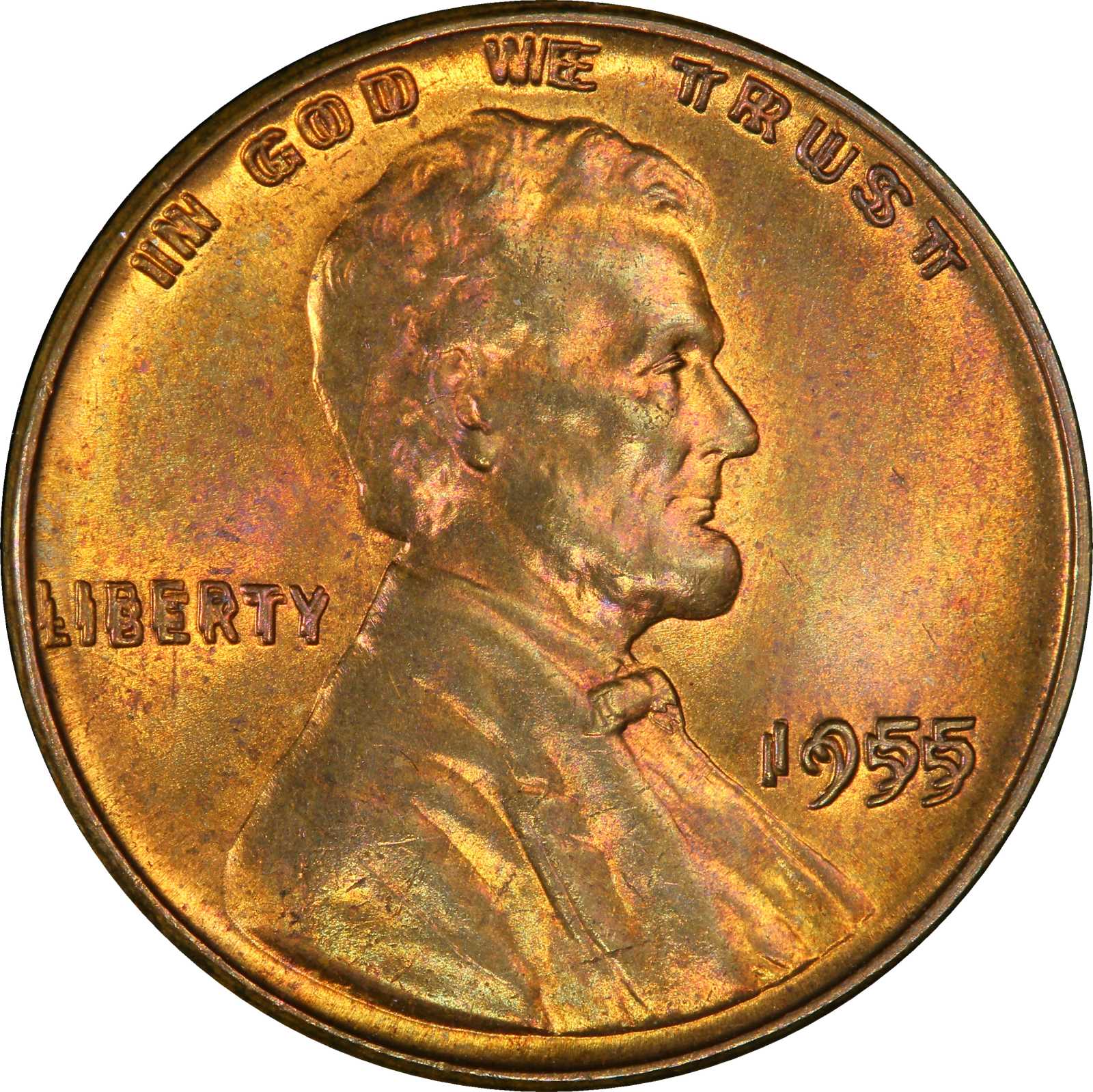 The 1955 doubled die Lincoln cent is perhaps the most well-known variety error in all of numismatics. This is partly due to its minting and discovery happening most serendipitously during a period when coin collecting was enjoying a boom in popularity during the post-war years of the 1950s. Many examples turned up in 23-cent packs of cigarettes containing two one-cent coins as change via vending machines that accepted only quarters. These coins were found mainly in New England, though they popped up elsewhere as well. Numismatic legend has it that mint employees were aware that several thousand 1955 doubled die cents had been made by accident but opted to let them go instead of recalling and destroying a batch of Lincoln cents numbering into the tens of thousands. Doubling is easily seen with the naked eye in the date, inscription LIBERTY and motto IN GOD WE TRUST.

It is believed that more than 20,000 doubled die Lincoln cents were made in 1955, though perhaps just 10,000 to 15,000 survive. Most are found in circulated grades, though a significant number of these coins are known in uncirculated grades of all color designations. All examples are scarce, with even well-worn pieces generally commanding four figures. Be wary of so-called Poor Man’s Doubled Dies, which are pieces exhibiting merely minor mechanical doubling; many times the pieces with mechanical doubling are hawked online as major errors and are marked with high prices, when they are really quite common and should take little to no premium over regular, non-variety 1955 Philadelphia pennies.
Show catalog details.