3 cent silver coins, also known as "trimes," were used for the purpose of purchasing postage, which was 3 cents per letter in the early 1850s. The denomination was also popular for other uses in commerce but was phased out in 1873 along with other denominations, including the 2 cent coin and half dime.

While there are three subtypes in the 3 cent silver series, only two are represented in proof format. These include the Variety II (1854-1858) and Variety III (1859-1873). Overall, the scarcest proof issue is the 1854, which is generally a five-figure coin. Proofs dated 1855-1858 and the 1873 are also scarce and usually command four-figure prices. 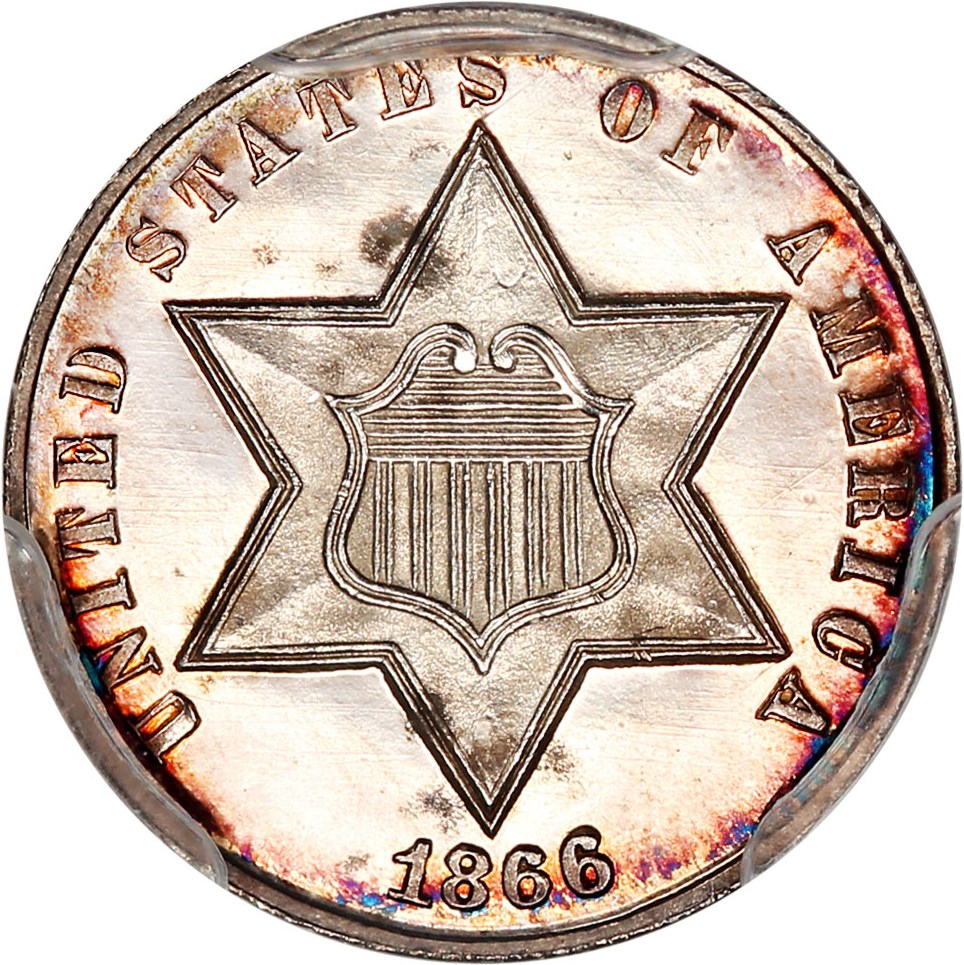