3 cent silver "trimes" were struck from 1851 through 1873 and were produced with the primary purpose of paying for postage, which at the time was 3 cents for a first-class letter mailed in the United States. While the "trime," designed by James B. Longacre, indeed became popular with the public for this reason, 3 cent coins also served a larger role in commerce, and the denomination circulated well for many years.

The 3-cent coin also has the reputation of being the nation?s lightest coin, weighing in at only 0.80 grams upon its debut and eventually being scaled back to only 0.75 grams. There are three major varieties or subtypes within the series. These include the Type I, which was struck from 1851 through 1853 and has the plainest design and is also the most common design variant of the series. The Type II, struck from 1854 through 1858, exhibits a border around the obverse star and has greater ornamentation around the "III" on the reverse. Further border enhancements on the obverse star created the third and final subtype, which was minted from 1859 until the end of the series in 1873.

All regular-issue dates minted from 1863 through 1872 are extremely scarce, as most of the production from those years was melted in 1873. There are a few notable varieties, including the 1851 1/inverted 2 and 1862 2/1 overdate. Proofs were also made during most years the series was issued, and all of these proof issues are scarce. All of the 1873 pieces were struck only as proofs. 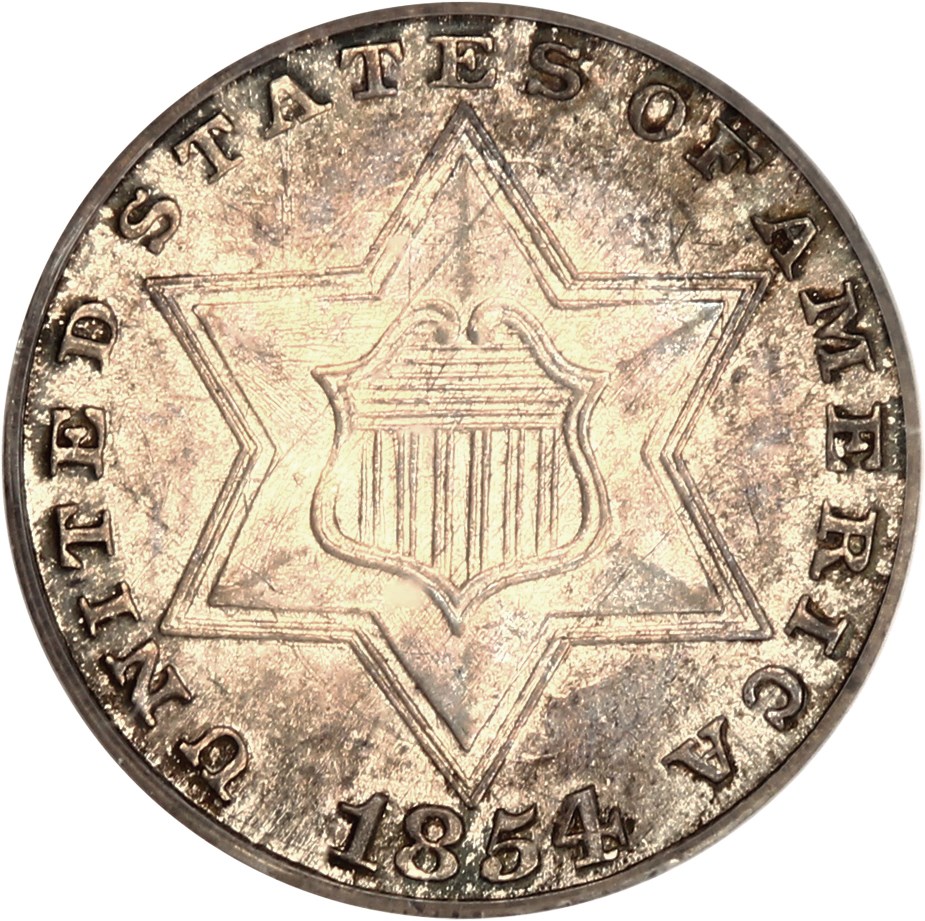