Proof Barber dimes, which were designed by Charles E. Barber and formally called ?Liberty Head? dimes, are scarce collectibles that are most commonly sought by classic type enthusiasts. Proofs exist for all but one of the years of the series, which ran from 1892 through 1916. The lone exception is 1916, which generally marked the end of the United States Mint?s original era of proof coinage production, a tradition that began in the mid 19th century; proof coinage resumed in 1936.

Perhaps the most notable proof Barber dime is the extremely rare 1894-S, a notable seven-figure rarity that came to light in the early 1900s and has since become the stuff of many numismatists? dreams. While many Barber dimes, both proof and regular-issue, are often considered rare from the marketplace standpoint, the 1894-S Barber dime is the only truly elusive issue from the series, as only 24 of these coins were made. A PR66 specimen certified by Professional Coin Grading Service (PCGS) and approved by Certified Acceptance Corporation (CAC) commanded $1,997,500 in January 2016.

Other proof Barber dimes are much more affordable and are of roughly equal scarcity as each other in absolute terms, with most issues boasting mintages of about 600 to 800 specimens apiece, some with lower figures and other with higher production totals. While proof Barber dimes can usually be located for a price when desired, cameo proofs and deep cameo proofs are relative rarities in their own right and often trade for respectable four-figure prices. 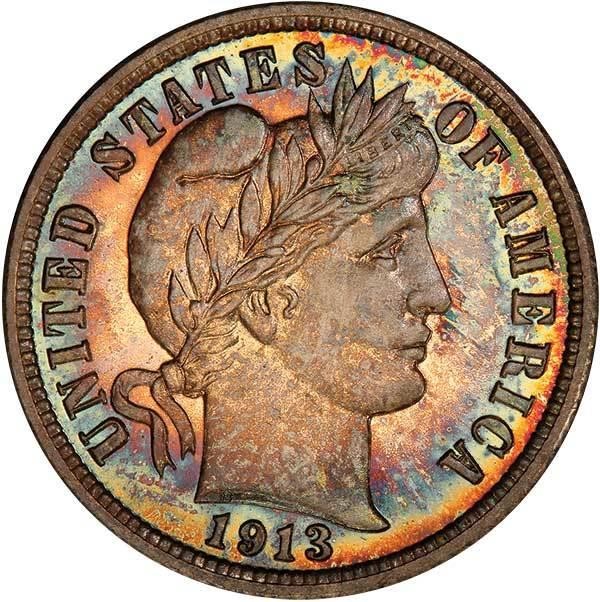 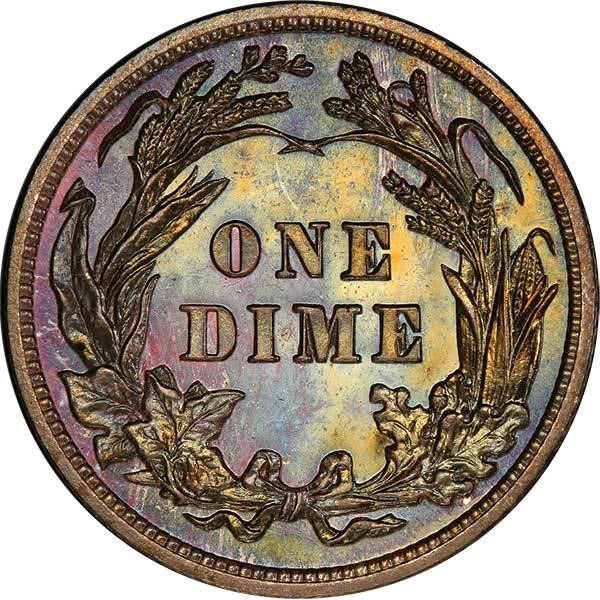