Eisenhower dollars were minted from 1971 through 1978 and designed by Frank Gasparro. The Eisenhower dollar symbolizes at least two numismatically significant elements, being the first dollar coin minted during the copper-nickel clad era (which began in 1965) and the last regularly issued dollar coin with physical dimensions approximating the traditional silver dollars of earlier times.

While most Eisenhower dollars are made from copper-nickel clad, many uncirculated pieces were minted in a 40% silver format at the San Francisco Mint and bear an ?S? mintmark. In 1975 and 1976, all Eisenhower dollars honored the nation?s bicentennial with a 1776-1976 dual date on the obverse and a special reverse design with the Liberty Bell superimposed on the surface of the moon. The bicentennial design, by Dennis R. Williams, was replaced in 1977 with the coin?s regular reverse visage ? the Apollo 11 insignia.

While hundreds of millions of Eisenhower dollars were made, copper-nickel clad business-strike specimens grading MS65 or better are remarkably scarce. This is because the coins are relatively large and heavy and thus more prone to surface gouges and other imperfections during shipment in bags.

Thus, copper-nickel clad business strikes grading MS60-64 are typical; in MS65 they are scarce, are rare in MS66, and prove virtually elusive in MS67. It should be noted that 40% silver Eisenhower dollars are much more common in the higher Mint State grades because they were minted with the much greater level of care generally afforded numismatic strikes. 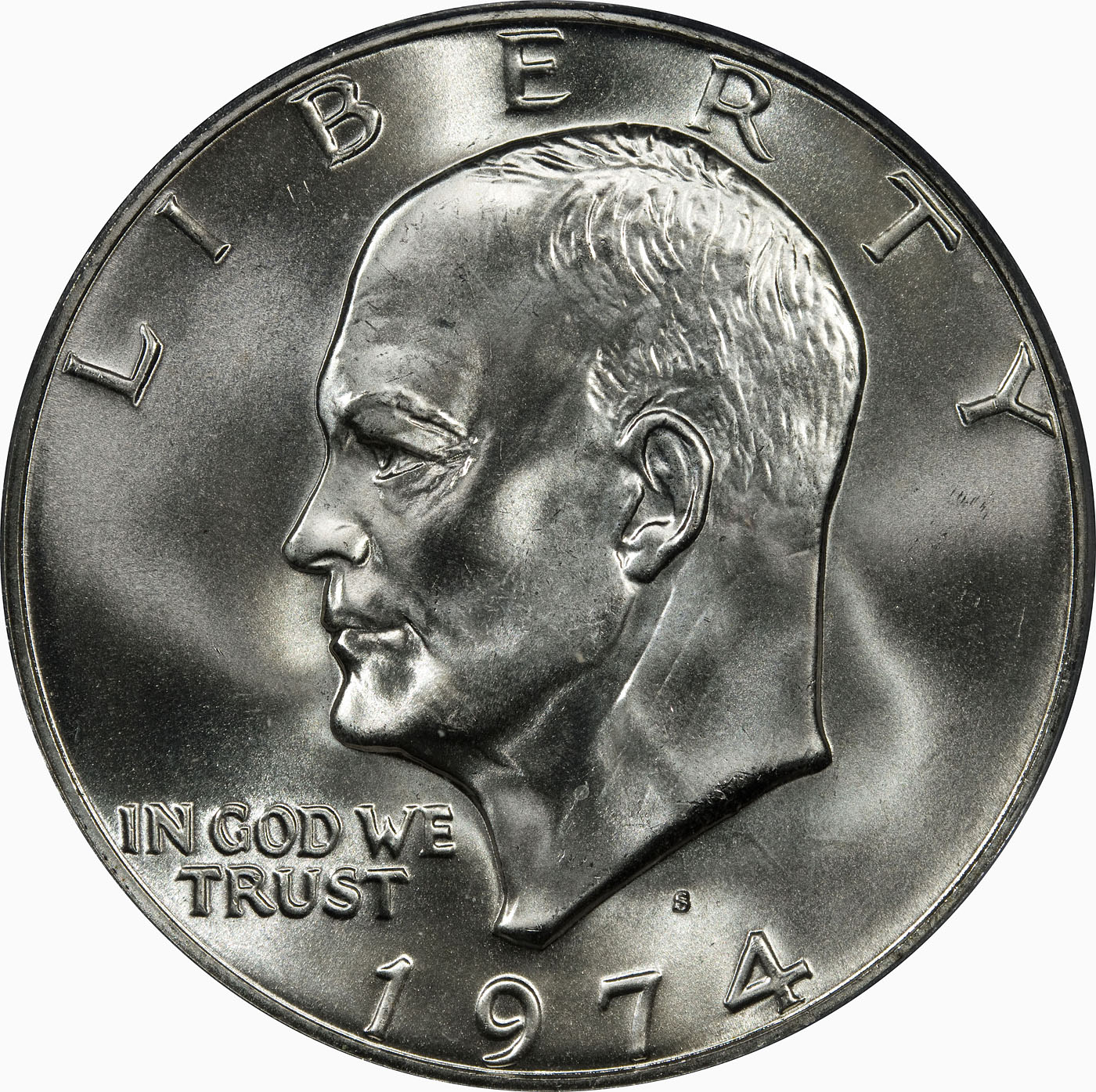