Lincoln wheat proof cents were struck at the Philadelphia Mint over a few different periods along the course of the series, which ran from 1909 through 1958. The first Lincoln wheat proof cents were struck in 1909, which marks the debut year for the series. The first-year strikes offer two distinct subtypes, including the 1909 VDB proof with designer Victor David Brenner’s initials and a 1909 cent without his "VDB" moniker. All of the early Lincoln wheat proofs, which were made through 1916, feature a matte finish and are generally distinguishable from business strikes with their sharper strikes and squared rims.

The modern proofs struck since 1936 include Lincoln wheat cents generally struck with more brilliant, reflective surfaces. The exception to this is the 1936 proof cent, which was originally produced with a satin finish. As was the case for all proof coinage of the era, production stopped in 1942 and remained on hiatus for the rest of the 1940s to allow the US Mint to focus on striking circulation issues during World War II (US involvement 1941-1945) and military medals for the millions of soldiers who fought in the war. When proof coinage resumed in 1950, so, too, did the run of Lincoln wheat proof cents. Many Lincoln wheat proofs of the 1950s boast beautiful cameo contrast, though those with deep cameo contrast are rare and highly valuable. The last Lincoln wheat proofs were made in 1958, the year the series came to an end. 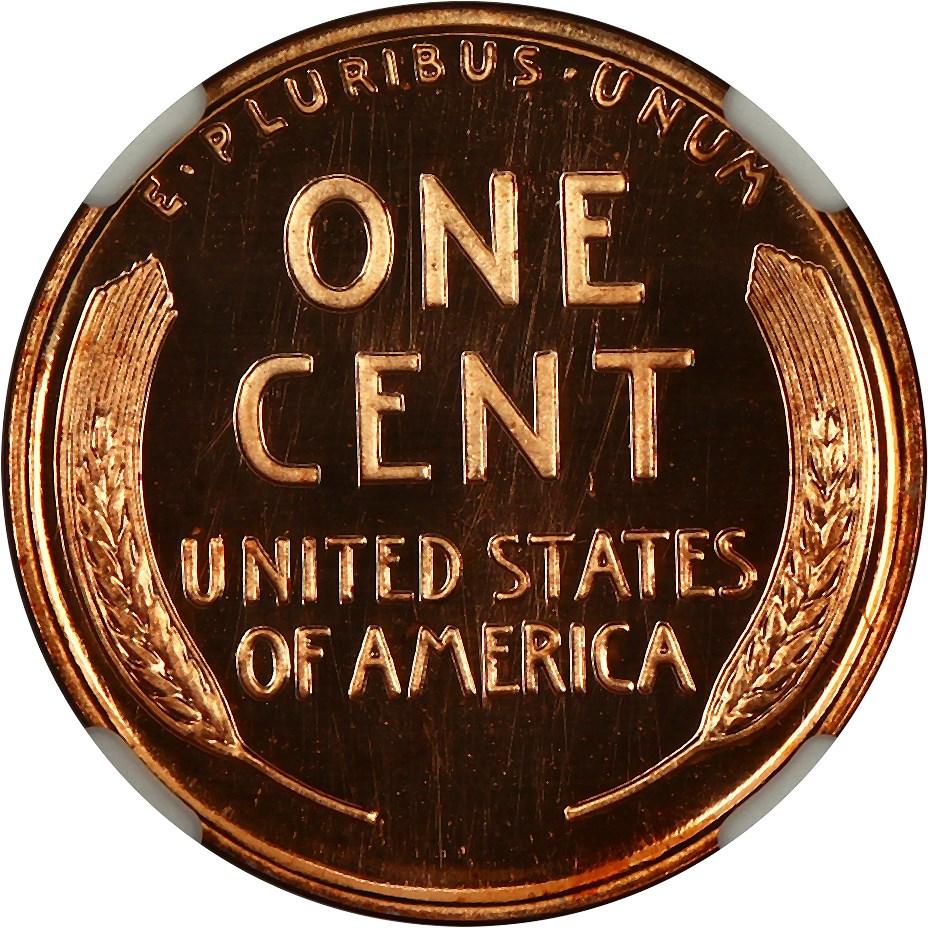