The Mercury dime, more formally known as the Winged Liberty Head dime, was designed by Adolph A. Weinman and debuted in 1916, replacing the Barber (or Liberty Head) dime designed by Charles E. Barber and first released in 1892. The Mercury dime type was in use from 1916 through 1945, with most issues struck from 1916 through 1931 proving much scarcer than those made from 1934 on; none was issued in 1932 or 1933.

In most cases, the least expensive type representatives from the Mercury dime will be found among the pieces issued from 1941 through 1945, certainly the most prolific era for this series in terms of overall mintages and availability of examples in the Gem Mint State grades. While the least expensive issues are from the last years of the series, many type set collectors prefer examples from the first years of the Mercury dime period, during which many notable key and semi-key issues was released, including the 1916-D, 1921, and 1921-D. Several other dates serve as conditional keys and semi-keys, including many of the branch-mint issues from the teens and '20s. 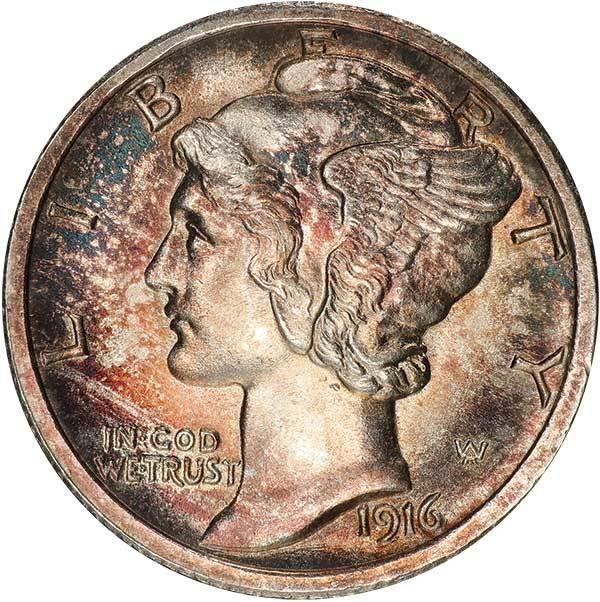 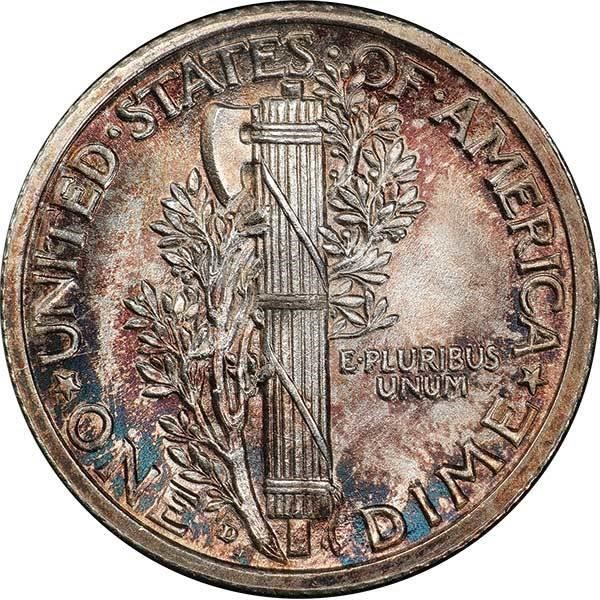