Liberty Seated dollars are generally divided into two major varieties: No Motto (?In God We Trust?) dollars, which were struck from 1840 through 1865 and the With Motto issues, produced from 1866 through 1873. Both types are about equally scarce on the whole. However, the Liberty Seated dollar series does have a number of particularly scarce key and semi-key dates. These include the 1851 Original High Date, 1852 Original, 1858, 1870-S, 1872-CC, and 1873-CC. There?s a reported mintage of 700 for the 1873-S, though the coin is unknown in any collection.

Liberty Seated dollars can be challenging to find with original, uncleaned surfaces, and they are especially difficult to locate with nice surfaces in the higher grades. Excellent pieces with especially nice strike and color tend to trade for decent premiums. 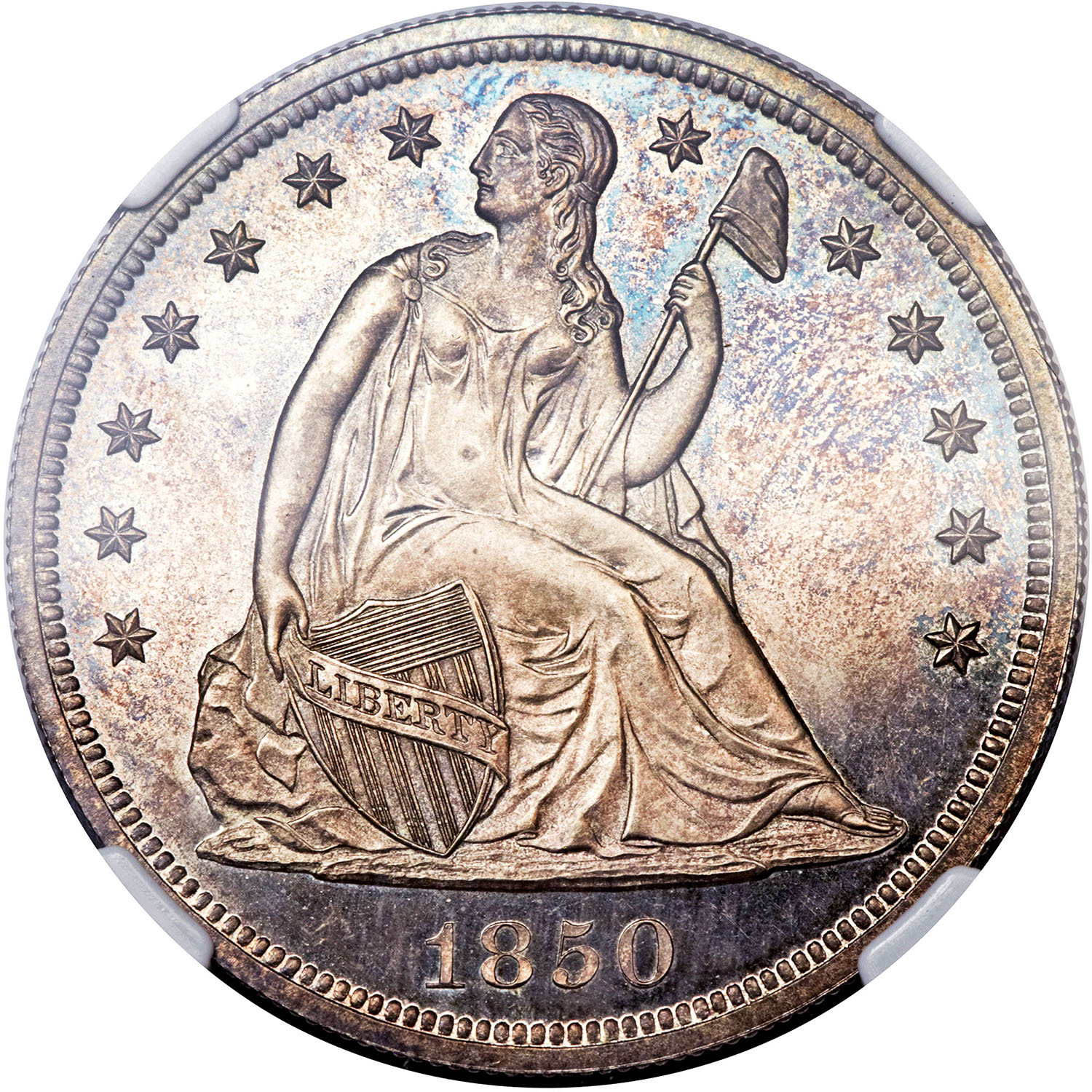