In 1916, Hermon MacNeil's Standing Liberty quarter debuted, marking the beginning of a relatively short series that was in production until only 1930. While its run was brief, the Standing Liberty series saw the release of several interesting and scarce issues.

The first-year issue, made only at the Philadelphia Mint, was struck to the tune of only 52,000 pieces and has become the definite series key date. By 1917, the design had caused a controversy concerning public decency, as Miss Liberty?s right breast is exposed on the first manifestation of the design. The United States Mint modified the design during 1917, covering Miss Liberty?s breast with a chain mail. This design changed created two varieties during 1917, with Type I classifying Standing Liberty quarters from 1916 and 1917 bearing the original design and Type II quarters referring to all made from 1917 and on with the revised design.

Also in 1917, the reverse design with the flying eagle was slightly modified, resulting in the relocation of three stars (of 13 on the reverse) being moved from near the rim to just under the eagle. In 1925, the date on the pedestal upon which Miss Liberty stands was recessed into design at the same location, making it more difficult for the date to become completely obliterated through typical wear. 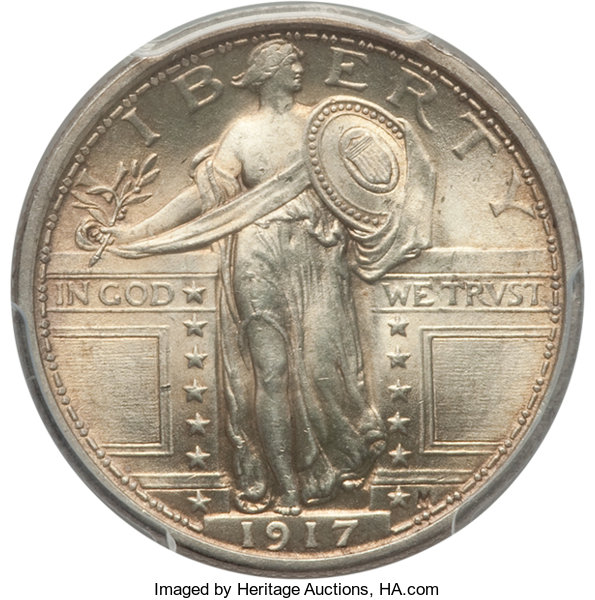