While Washington quarters have been struck since 1932, the first proofs were not issued until 1936, when the United States Mint resumed the production of proof coinage following a two-decade hiatus. Proofs were issued from 1936 through 1942, when World War II economic pressures and other overriding needs led to yet another break from proof coinage, which lasted from 1943 through 1949.

Production of proof coins resumed in 1950 and continued until 1964, when a nationwide coin shortage brought a three-year moratorium on the proof coins. From 1965 through 1967, which marks the beginning of the copper-nickel clad era for Washington quarters, the United States Mint struck special mint sets, which offered collectors coins of proof-like quality. When regular proof returned in 1968, production of these special collectibles was transferred from the Philadelphia Mint to San Francisco.

In 1975 and 1976, the United States Mint honored the nation?s bicentennial with the striking of ?1776-1976? dual-dated quarters bearing the visage of a Colonial-era drummer boy on the reverse. Most 1776-1976 proof bicentennial quarters were made from copper-nickel clad, though a few million were made with a 40% silver composition.

The coin?s original heraldic eagle design returned in 1977. The United States Mint gave collectors the special option beginning in 1992 to buy 90% silver proof sets, which meant the production of the first 90% silver Washington quarters since nearly three decades earlier, in 1964. These 90% silver Washington quarters were struck until 1998, which marked the end of the heraldic eagle design. The following year saw the beginning of the wildly popular 50 State Quarters series. 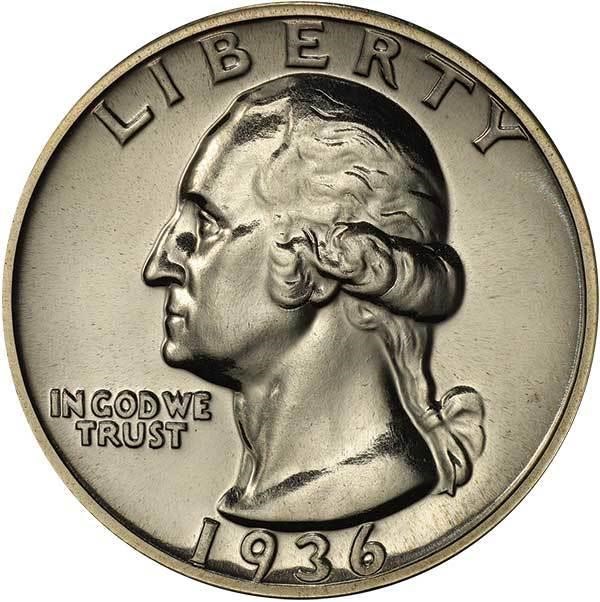