This circulating quarters series began in 2010 and runs through at least 2021. Over that intervening period of 12 production years, the America The Beautiful (ATB) quarters have honored one national park or landmark from each of the 50 states; Washington, D.C.; and the five outlying US territories. The parks will be honored in the order that each was established, beginning with Hot Springs National Park in Arkansas (established April 20, 1832) and ending with a design paying homage to the Tuskegee Airmen National Historic Site in Alabama (established November 6, 1998).

Mint State ATB quarters are common, but one may be hard pressed to find nicer versions in the MS68 range or above. ATB quarters are remarkably collectible, and they are especially popular among new collectors and all numismatists who enjoy modern coins. In addition to the business-strike offerings, the US Mint is also producing complementary proof examples of each issue. 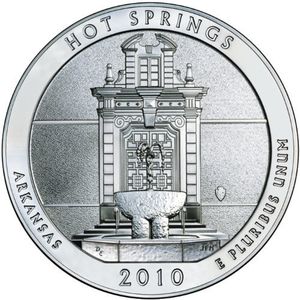