The Buffalo nickel series began in 1913, at the tail end of the original era of proof manufacture at the United States Mint. Meanwhile, the series ended in 1938, just after the so-called modern proof era kicked off in 1936. This means most of the series saw no official proof production, but there are nevertheless several proof Buffalo nickel issues available.

The Buffalo nickel, designed by James Earle Fraser, features two major subtypes, both spawned during the first year of the series. In 1913, the Buffalo nickel was originally produced with the coin?s namesake animal (actually a bison, not a ?buffalo? as commonly thought) standing on a mound. The mound was redefined at the bottom with a line to give the phrase "FIVE CENTS" a recessed area in which to sit. 1913 Buffalo nickels featuring the mound are referred to as Variety 1, while the subtype released later in 1913 and all pieces produced thereafter are called Variety 2. 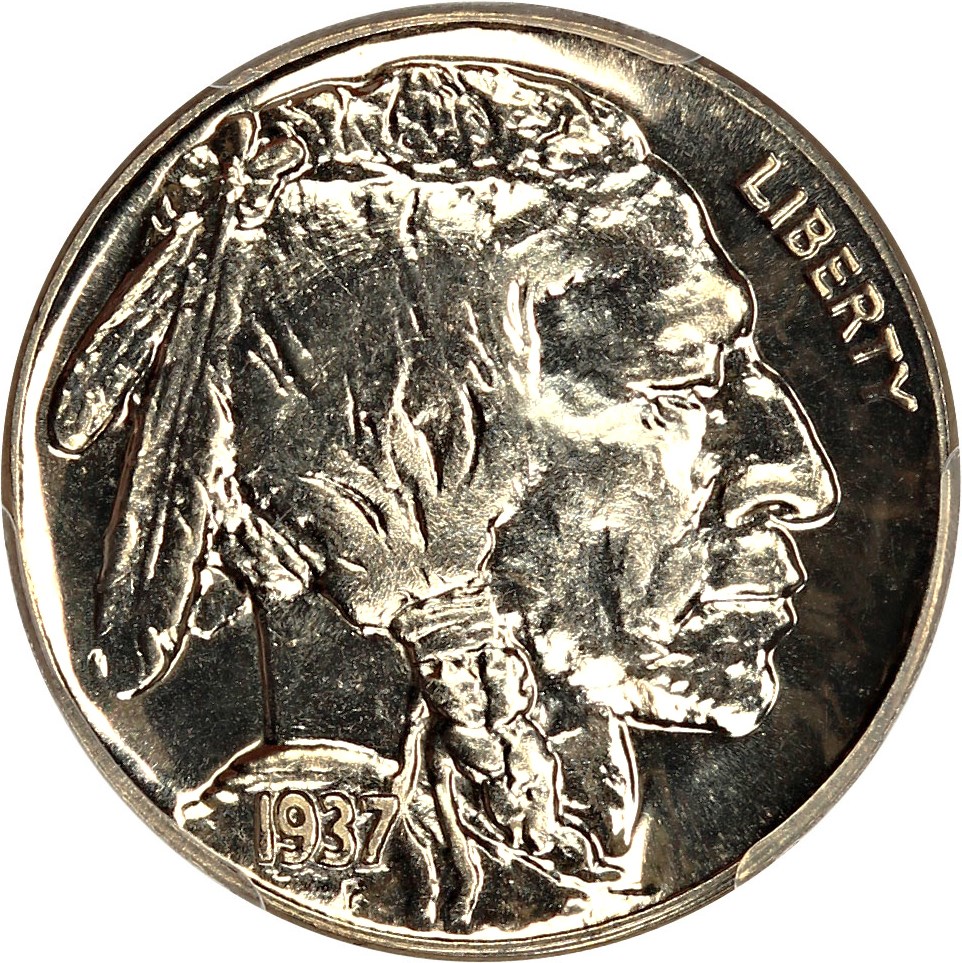