The Capped Bust half dollar ran from 1807 through 1839, and there are at least two subtypes within this group: the larger-diameter lettered edge type that was struck from 1807 through 1836 and the smaller-diameter reeded-edge halves that were minted from 1836 through 1839. While Capped Bust halves are plentiful in the circulated grades for more issues, there are dozens of recognized minor and major varieties among the Capped Bust half dollars, thus meaning this series is a real challenge for enthusiasts to collect. One of the scarcest is the 1817 7 Over 4, which has just eight known specimens and has sold for $356,500 in a grade of AU50. 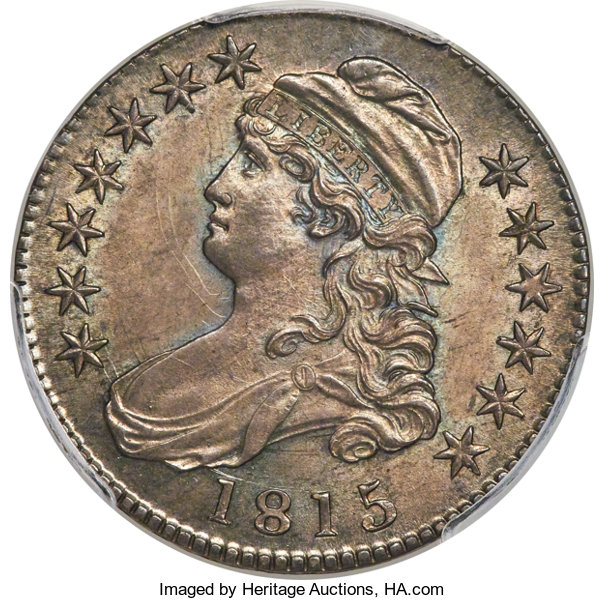 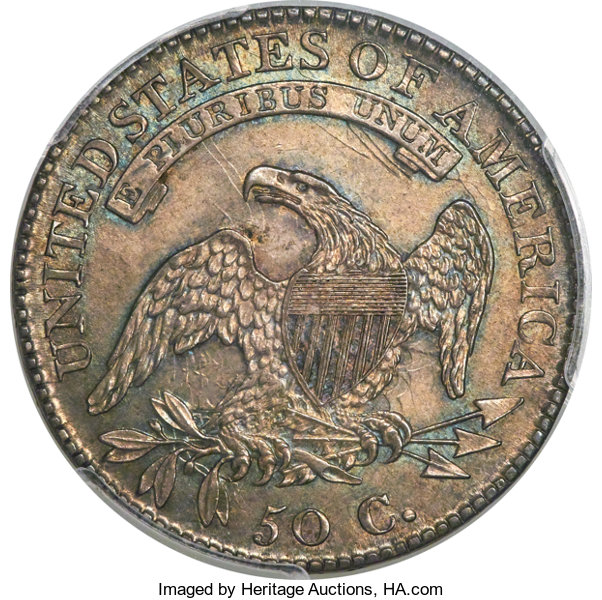