The Draped Bust motif ran from 1796 through 1807 and as a type is more widely available than the Flowing Hair halves, but all varieties of the 1796 and 1797 halves are exceedingly rare, and combined over both years only 3,918 minted, and only a few hundred examples -- mostly circulated -- remain today. 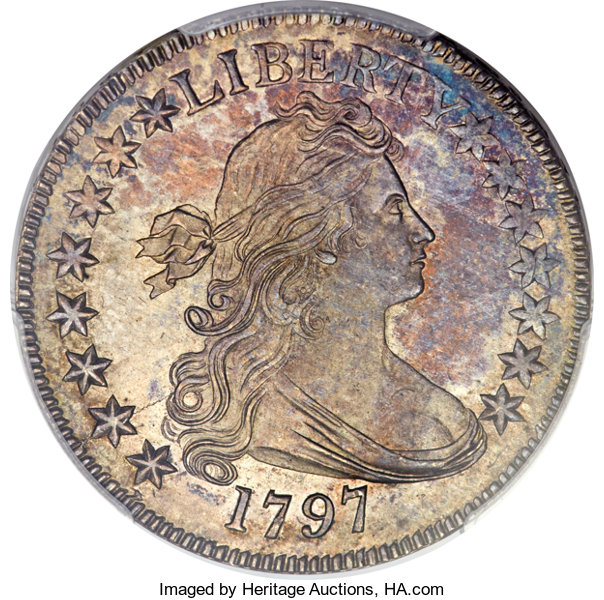 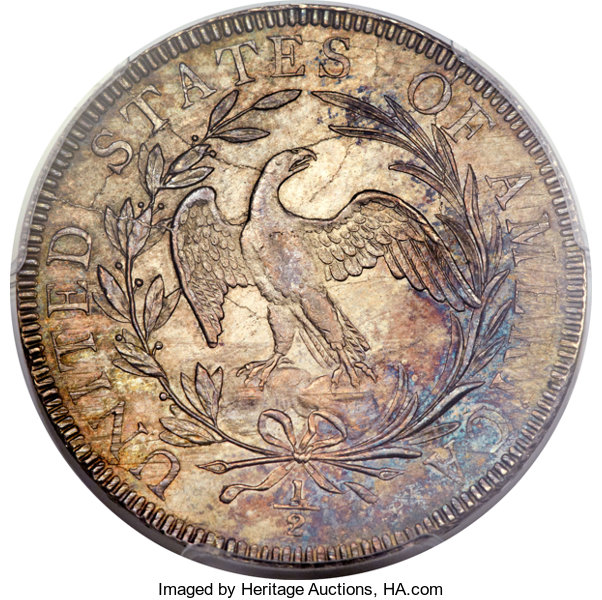