Lincoln Memorial proof cents were first struck in 1959 with the debut of the new reverse motif by Frank Gasparro showcasing the Lincoln Memorial in Washington, D.C. Proof Lincoln Memorial cents are popular with numismatists and are often included in regular date-and-mintmark collections of the series. While the first proofs of the series were struck at the Philadelphia Mint in 1959, proof production shifted to the San Francisco Mint in 1968 following a three-year moratorium on proof coinage spanning from 1965-67 during a severe coin shortage. With the first San Francisco proofs in 1968 came the debut of "S"-mint proof Lincoln cents. 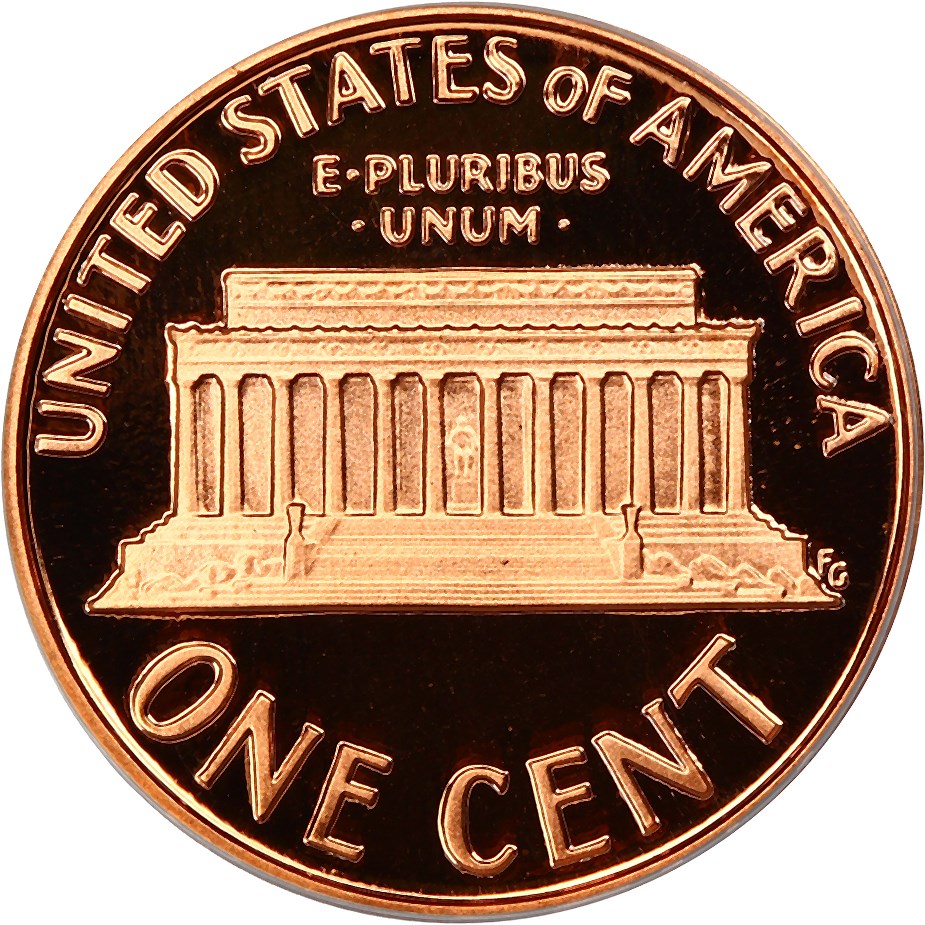