In 1979, the United States government undertook what many may call a socio-numismatic experiment. Authorized by a 1978 bill signed by President Jimmy Carter, the United States Mint began production of the nation?s first small-size dollar coin. Making this first even more historic was the fact that the coin would be the first US coin to place the figure of a non-mythical woman on the obverse. That woman, Susan B. Anthony, was a champion for women?s rights in the late 19th and early 20th centuries and seemed a fitting design subject in an era of equal rights.

The first Susan B. Anthony dollars were released in July 1979 with much fanfare, but the coin soon proved a massive flop. Why? The coin, measuring 26.5 millimeters in diameter and silvery in color too closely approximated the appearance of the Washington quarter, and thus many people confused the denominations, often losing 75 cents (or more) in transactions. Making matters harder, too, was the reluctance of Americans to stop using the dollar bill (which was simultaneously in production with the Anthony dollar) in lieu of adopting the smaller dollar coin.

Mintages shrank in 1980 and in 1981, the Susan B. Anthony dollar was struck only for uncirculated sets and proof sets. Production resumed in 1999 to fill a shortage of dollar coins, which by the late 1990s were increasingly used in vending machines and in the mass transit industry.

While the Susan B. Anthony dollar was a very short-lived series, remarkably there were a few scarce issues and varieties. These include the 1979-P Near Date (or ?Wide Rim?) variety, the 1979-S Type II proof, and 1981-S Type II proof. 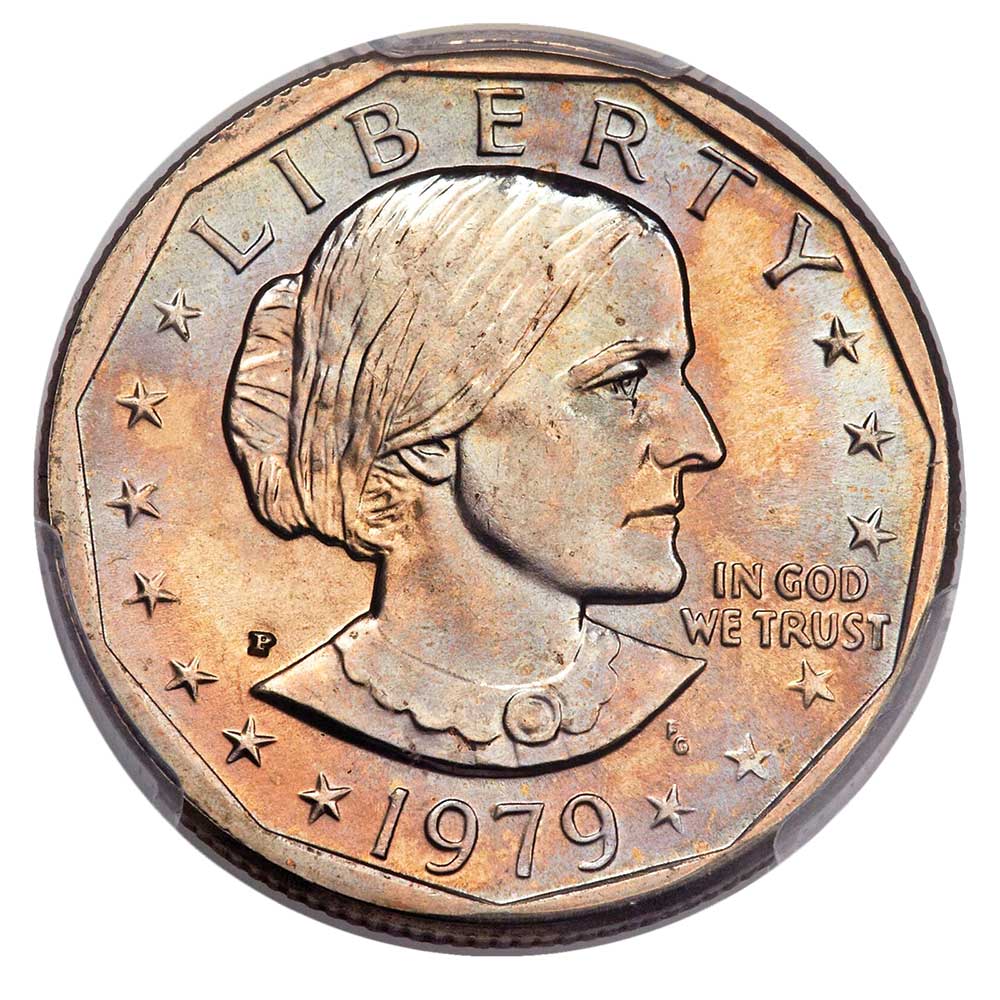