All half cents were struck at the Philadelphia Mint, so none carry any mintmarks. There was also several design changes made to the half cent during the six decades of the denomination's run.

These designs include the following types:

Numismatists generally regard all half cents as scarce, though many of the earliest dates are especially challenging, as are choice, original red specimens in uncirculated condition regardless of the date. Meanwhile, dealers and collectors who deal in circulated pieces usually prefer evenly struck pieces with chocolate-brown patina. Unfortunately, many half cents are encountered with holes, heavy scratches, and porous or cleaned surfaces. As is the case with all older copper coinage, problem-free half cents are challenging to come by and often sell quickly when offered for sale. 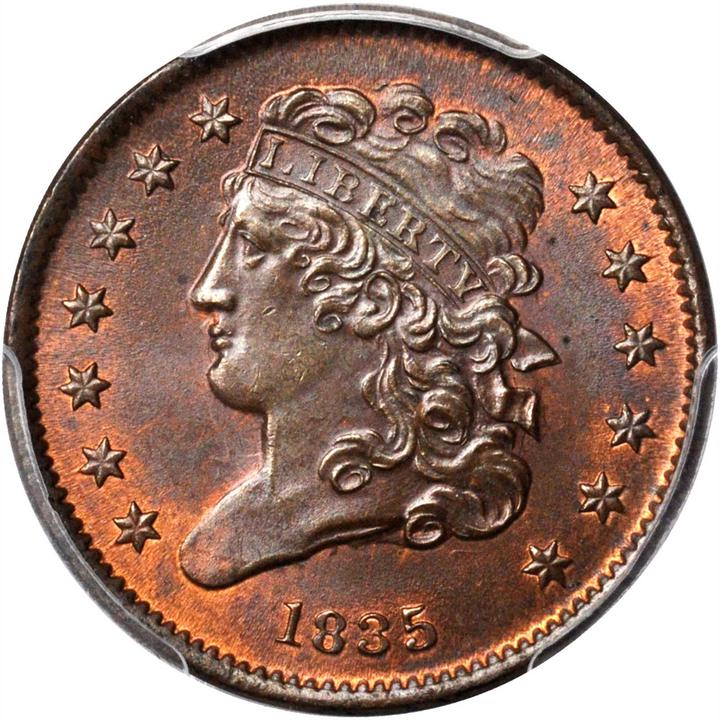 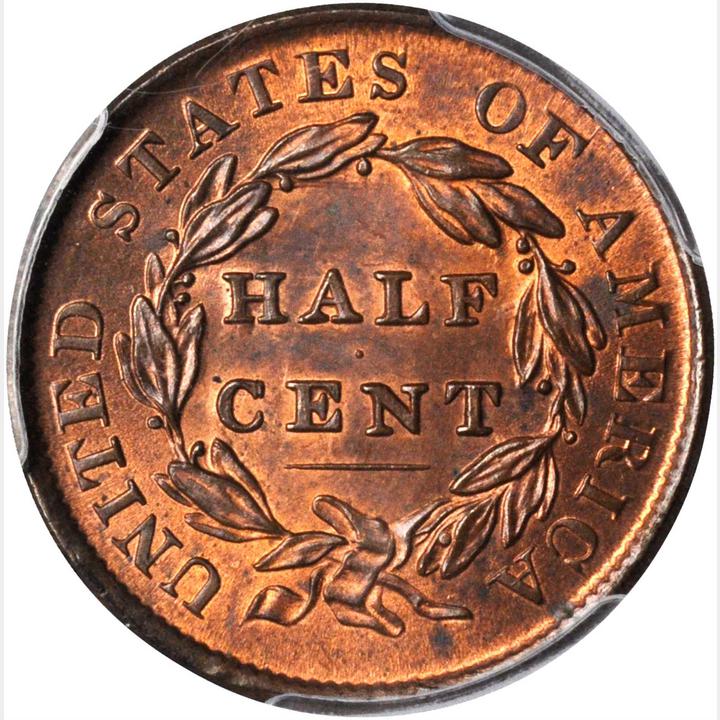