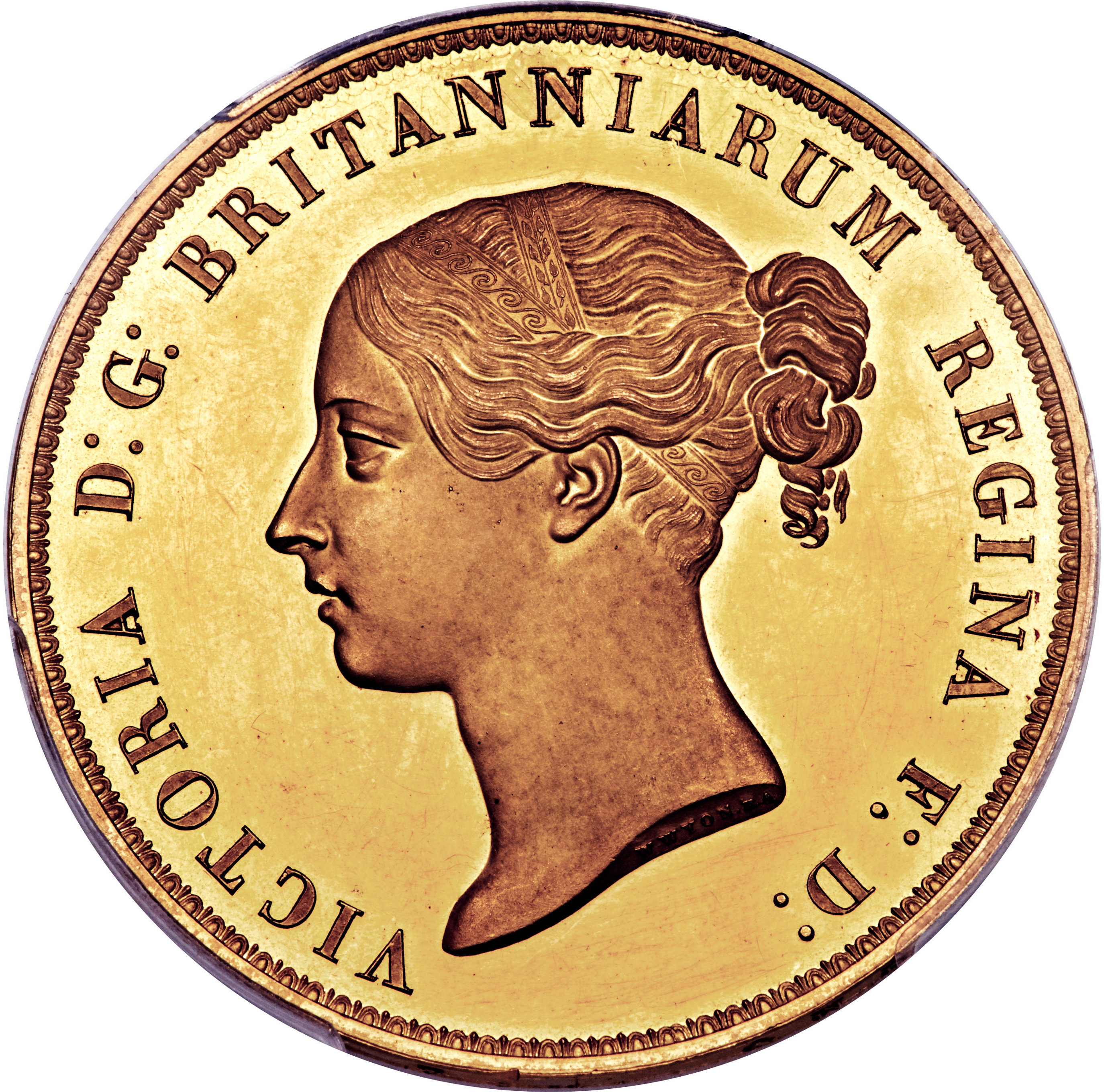 Numismatic Guaranty Corporation (NGC) has certified a rare complete 1839 Great Britain Proof Set. The incredible set includes 15 gold, silver and copper coins, representing each denomination and type issued in 1839. Among these is an NGC PF 63+ Ultra Cameo example of the most famous of all British coins: the Una and the Lion Gold Five Sovereign.

The Una and the Lion Gold Five Sovereign (equivalent to five pounds) is so named for its reverse design by William Wyon, Chief Engraver of the Royal Mint. In this iconic design, Queen Victoria is depicted as Lady Una, a character from Edmund Spenser’s 1590 epic poem The Faerie Queene, directing a striding lion with a scepter in her outstretched right hand. In her left hand is a globus cruciger (a cross-bearing orb). Above the design is the Latin motto DIRIGE DEUS GRESSUS MEOS, which translates to “May the Lord Direct my Steps” and below is the date in Roman numerals.

On the obverse is a young Victoria, who ascended to the throne two years earlier. Around the bust is VICTORIA D: G: BRITANNIARUM REGINA F: D: which is Latin for “Victoria, by the Grace of God, Queen of the British Territories, Defender of the Faith.”

Another highlight of the 1839 Proof Set is the Proof Silver Crown. Graded NGC PF 62 Cameo, it is a well-preserved example of this rare early Victorian issue.

The complete 1839 Great Britain Proof Set was submitted to NGC for grading by Taisei Coins, a prominent Japanese firm. Taisei will offer the set at auction during the Tokyo International Coin Convention (TICC) in April 2019.

“Taisei selected NGC to certify this important set because our bidders trust NGC’s expert and impartial grading,” says Masahiro Oka, President of Taisei Coins. “We are very pleased with the results.”

“We are honored that Taisei entrusted NGC to certify this fantastic set,” said Steven R. Eichenbaum, CEO of NGC, adding: “We are very privileged by the opportunity to examine coins of such beauty, history and importance.”

For more information about Taisei Coins and its April 2019 TICC auction, visit www.taiseicoins.co.jp/