Lincoln cents are arguably the most popular United States series around. Josh dives into these popular varieties to explain their rarity and value. 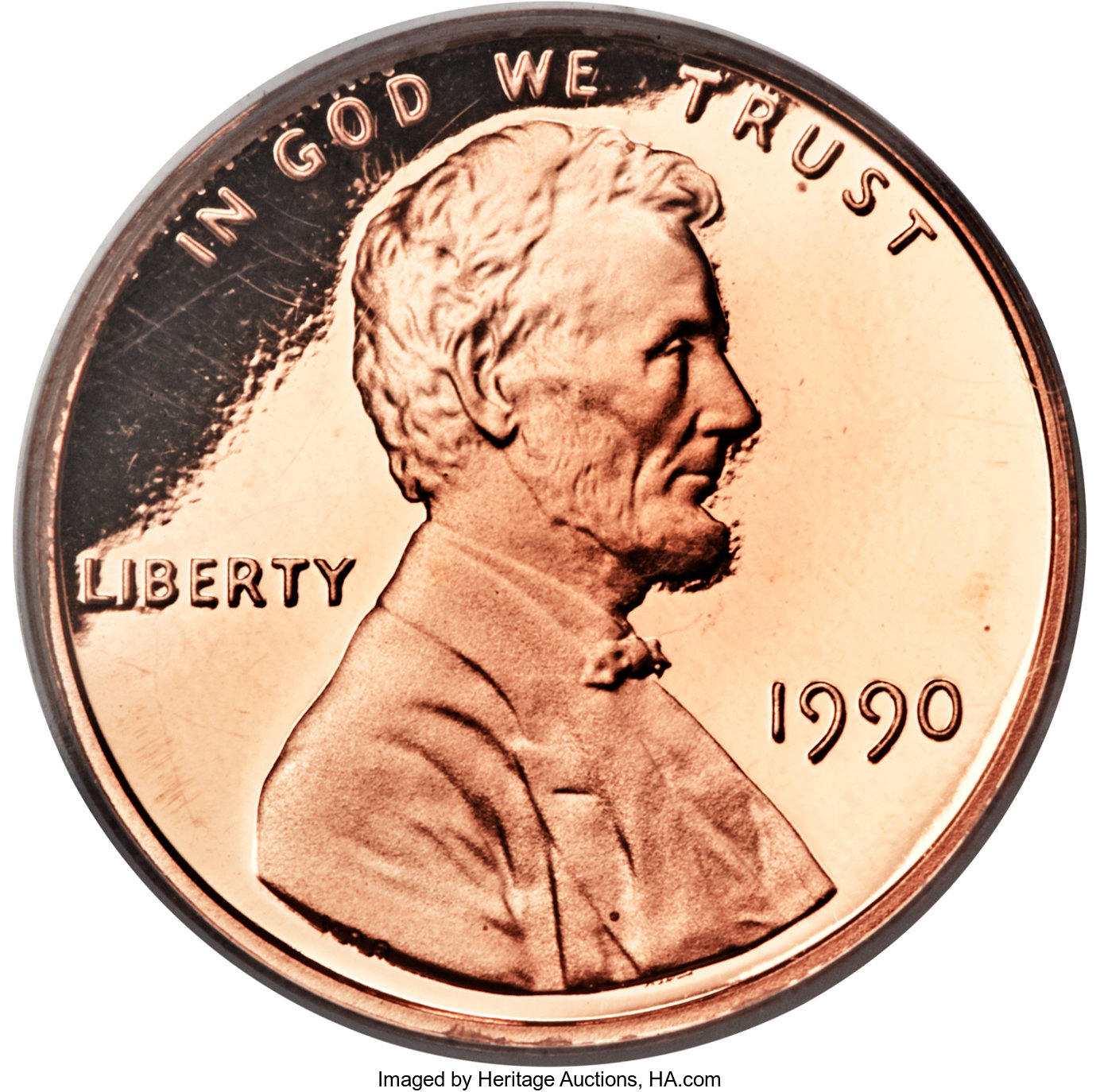 Lincoln cents are arguably the most popular United States series around (shhh… don’t tell Morgan dollar enthusiasts I said that). Lincoln pennies are plentiful in change jars, coin folders, and five-gallon buckets from Bangor, Maine to Los Angeles, California, and beyond, and they’re perhaps the most widely collected American coin, even among coin collectors overseas in foreign lands. Countless collectors love Lincoln cents, and they’re often seeking well-known rare wheat pennies such as the 1909-S VDB, 1911-S, 1914-D, 1924-D, and 1931-S. Then there’s the famous 1922 “plain” cent, a rare Denver-minted issue that due to some die retooling appears sans “D” mintmark. Finally, we have the 1943 bronze cent, 1944 steel cent, and 1955 doubled die cent – the two former of those being six-figure transitional errors and the last serving as the most famous doubled die variety in numismatics.

1964 Special Mint Set Lincoln Cents – In recent decades, the numismatic community has become aware of 1964 SMS coins, which exist in limited numbers and may have served as prototype coinage for the SMS sets that were produced for regular distribution from 1965 through 1967. Some believe the 1964 SMS set was designed to also include the infamous 1964-D Peace dollar, which saw a trial-run mintage of 316,076 pieces – all reportedly melted and illegal for private citizens to own should any still exist. 1964 SMS coins, including 1964 SMS pennies, apparently were struck with some involvement by then- U.S. Mint Director Eva B. Adams, who owned several 1964 SMS coins that were later sold by Stack’s in the early 1990s following her death. Perhaps 20 to 50 specimens of the 1964 SMS cents survive, and they don’t come to auction often. Among the most recent offerings came in 2010, when Heritage Auctions sold a PCGS MS66RD example for $7,187.50.

1969-S Doubled Die – Eclipsed by the 1955 doubled die cent in popularity but not in rarity or price, the 1969-S doubled die easily claims top spot as the most valuable Lincoln Memorial cent. Fewer than 100 authentic examples are believed to exist (far fewer than the 10,000 to 15,000 surviving 1955 doubled die cents). While extremely rare, 1969-S doubled die cents have appeared, even in recent years, in the most ordinary of places, including an unemployed woman’s 1995 discovery of the coin in pocket change and the variety’s 2007 appearance in an unsearched roll of 1969-S Lincoln cents by collector Michael Tremonti. The rare variety has scored several five- and six-figure auction appearances in recent years, including the headline-worthy sale of an MS64RD specimen at an April 2018 Stack’s Bowers auction in which the coin took a whopping $126,000. However, among 1969-S doubled die cents, RB specimens are more common; MS63RB specimens are listed in CPG at $60,500 while MS64RBs notch $90,800 apiece.

1970 Small S – The most common of Lincoln cent varieties listed here is also among the most overlooked by dealers who don’t commonly handle Lincoln cents as a specialty. Two varieties of the 1970-S cent exist, including the more common large date and the scarcer small date. It’s unknown how many were made, but they exist as both business strikes and proofs. Perhaps the easiest way to tell a 1970-S small date apart from the 1970-S large date is by looking at the tops of the numerals in the date. If the “7” appears lower than the adjacent “9” and “0,” it’s a large date, but if the top of the “7” appears aligned with the tops of the other numerals, it’s a small date. 1970-S Small Date cents trade for about $20 and up in MSRD grades.

1971-S Proof Doubled Die – Got any 1971-S proof sets in your latest bulk purchase? Then get your loupe out and start looking for the 1971-S obverse doubled die! There are three known varieties of the 1971-S doubled die, with the strongest of these exhibiting prevalent doubling in the inscriptions IN GOD WE TRUST and LIBERTY. PR65RD specimens trade for about $375 apiece while PR67DCAMs command closer to $3,000.

1989-D Bronze – Need another reason weigh those post-1982 pennies? How about the 1989-D bronze cent. Yep… It’s difficult to imagine how what is so far the only known 1989-D cent could have been struck on a pre-1983 bronze planchet some seven years after bronze cents were eliminated from the US Mint’s production roster. Whether it was merely accidental or stemming from more contrived origins, this 1989-D MS65RD cent slabbed by PCGS took $3,525 at a 2016 Stack’s Bowers Rarities Night auction. How many more post-1982 bronze Lincoln Memorial cents exist? Who knows… But chances are others are floating around.

1990 No-S Proof – The numismatic world stirred with the discovery of no-S 1990 proof Lincoln cents by Jim Gullen of New York on July 18, 1990. Originally, few numismatists knew how many existed, but nearly 30 years on, survival figures have remained roughly static at around 200 examples. They trade for around $2,600 each in PR66DCAM. Amazingly, the rare example is still cherrypicked from 1990 proof sets, meaning dealers need to take a closer look at the coins in those proof sets that are readily traded in bulk numbers. You may just earn a pretty penny for your efforts.

1995 Doubled Die – This doubled die cent was a media sensation when it was discovered in the spring of 1995. It’s also the last of its breed, as the US Mint switched to a single-hub technique in the 1990s eliminating the chance of major double dies. While 1995 doubled die cents originally commanded more than $200 apiece soon after their discovery, this variety has been found to be much more common than initially thought, with perhaps 500,000 in existence. They trade for about $20 and up in MSRD grades.

If these 13 valuable Lincoln Memorial cent varieties prove anything, it’s that there are many treasures to be found among modern coinage. And for those who may have thought the US Mint “hasn’t made anything good since 1964” (a misfortunate phrase I’ve heard repeated verbatim by countless folks in numismatics), it’s that even the most familiar coin series can still yield plenty of pleasant surprises. And, you now have a roadmap for striking gold by more carefully examining America’s most popular copper series. Good luck, coin collectors!

Interesting that the 1960 small date issues were not included in this list. I believe we all have a few of these, I guess they just aren't that interesting compared to some of these others. The thing I like about them is that they are plainly visible to the naked eye, and easy to pick out of circulation.