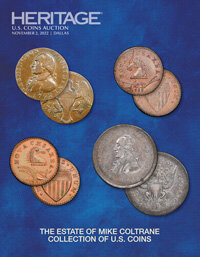 All 86 lots in the event are from the collection of Coltrane, who died in January.

“Mike’s interest in numismatics mirrors his career in banking, and is reflected in this extraordinary collection,” says Jim Halperin, Co-Founder of Heritage Auctions. “His interests ranged from Federal coppers to Territorial gold issues, all represented in this auction. It even includes a specialized collection of historic North Carolinian bank letters and deposit records, many of which are related to the Charlotte Mint and gold bullion receipts. Every lot in this auction merits the attention normally afforded to trophy pieces.” 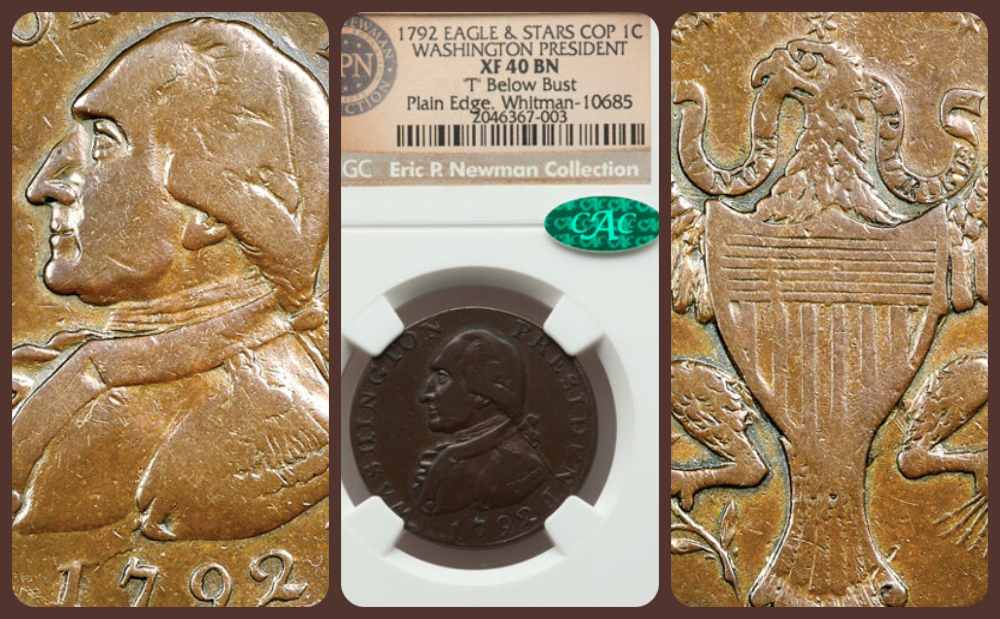 The 1792 Washington President Cent, XF40, CAC is one of the most memorable and important Colonials that one was a part of the collection of Eric P. Newman. Featuring the “T” below Washington’s shoulder, this is a singular piece that holds considerable historical significance. There are two major types of the Washington President cents distinguished by their reverses, featuring either the eagle and 13 stars that appear on this example or the General of the American Armies. Many subscribe to the traditional viewpoint that these pieces are closely related to the 1791 Large Eagle and Small Eagle cents.

A 1786 Maris 18-M New Jersey Copper is being offered publicly for just the third time in the last century. Featuring the famous “Bridle” crack connecting the tips of the horse's nose and trunk is only slightly visible on this early die state, it is the single finest New Jersey copper, this piece is the only MS66 NGC coin with none finer (8/22). 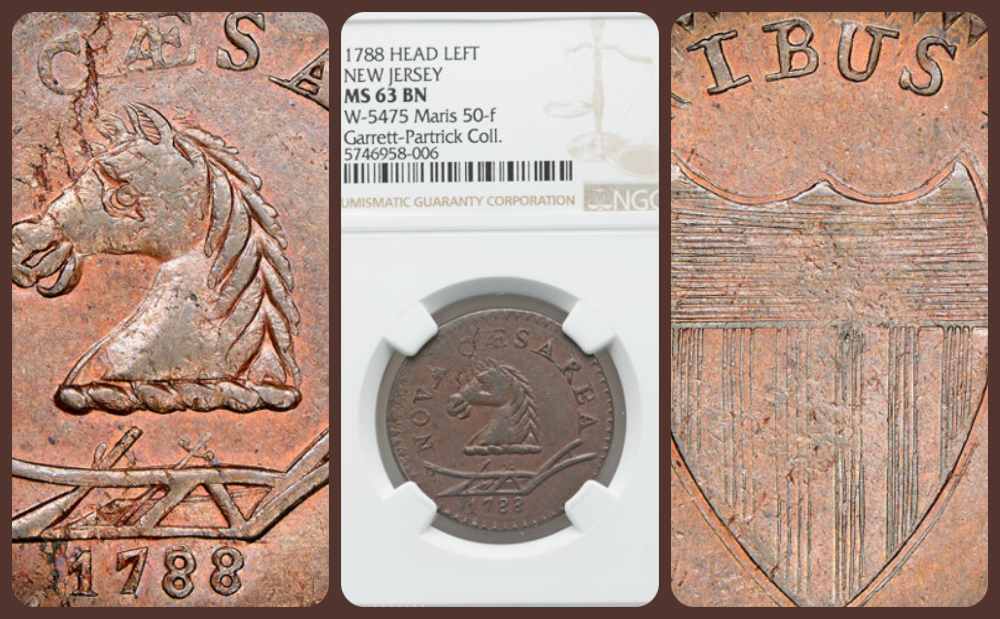 A 1788 New Jersey Copper, MS63 Brown is the finest known Maris 50-f and the only Mint State Head Left Copper. So immaculate are the fields that the Garrett cataloger described the piece as “Prooflike Uncirculated,” a bold statement for any Confederation-era copper. This coin, then owned by Albany numismatist John G. Mills, was sold by the Chapman brothers with the rest of his collection in 1904. The Mills sale was the first auction in which Robert Garrett, son of T. Harrison Garrett and brother of John Work Garrett, participated. While this coin is recorded as having been bought at the auction by the Chapmans themselves for $38, a handwritten note in their bid book states, “Sold Garrett $45,” indicating that it was sold directly to Robert Garrett after the sale and not to James Ellsworth. From Robert, the collection passed to his brother John Work Garrett, and thence to Johns Hopkins University, remaining there until the 1980 Bowers & Ruddy sale. 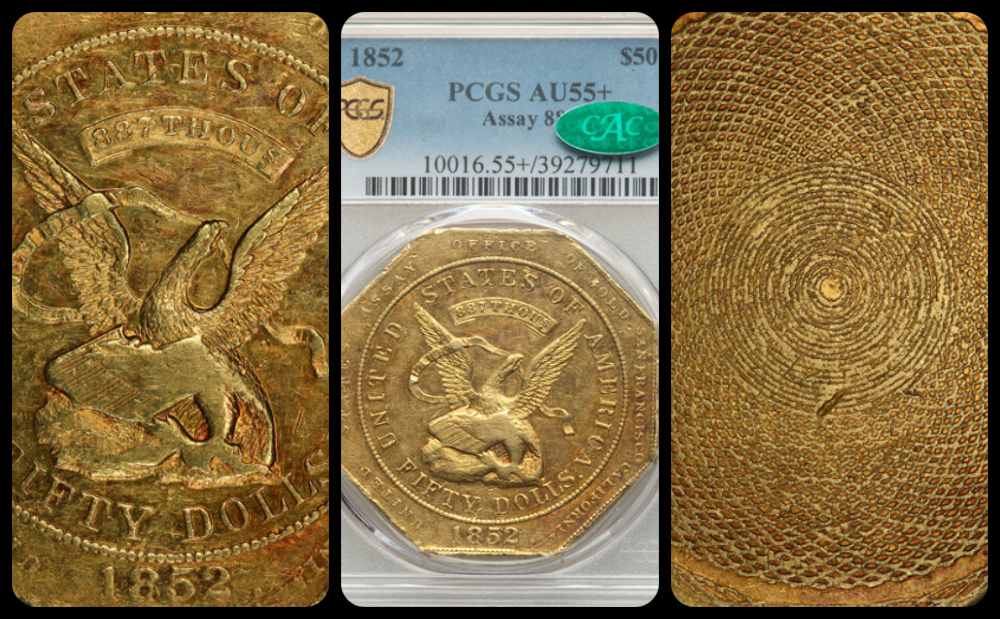 A beautiful, octagonal 1852 Assay Office Fifty Dollar, AU55+, CAC is a prime example of the Augustus Humbert United States Assay Office fifties that are icons of American coinage. They originally were introduced in 1851, and various iterations of the octagonal design were manufactured through 1852. The K-13 variety is struck in .887 fine gold and features UNITED STATES ASSAY OFFICE OF GOLD SAN FRANCISCO CALIFORNIA around the obverse border.

The 1788 Miller 9-E Connecticut Copper, MS63 Brown offered in this auction is likely the finest known of this die pairing. The only piece that comes close is the heavily flawed Ford coin that appeared as part of the Robert Martin Collection, and is graded MS61 Brown NGC. Like most examples, the offered coin is imperfectly centered.

Another Washington cent in the auction is a virtually flawless 1792 Getz Pattern Cent, AU53 that is No. 17 in George Fuld’s Condition Census of the copper Getz patterns. This coin from the Donald G. Partrick Collection is the largest diameter and second-heaviest example of any recorded Getz pattern in copper or silver. Heritage Auctions experts know of 83 distinctively different Getz patterns; the offered example is the only one with coin-turn die alignment.

A 1797 C-1, B-1 Half Cent, MS65★ Brown, CAC is immediately identifiable by the misplaced “1” that is too close to the bust. This piece is arguably the finest surviving example from these dies and it is visually finer than the Missouri Cabinet coin that was struck over a Talbot, Allum & Lee token and described as possibly the finest known.

Lot viewing is available in Dallas by appointment through Nov. 2.

Images and information about all lots in this auction can be found at HA.com/1350 .