The 2018 Summer FUN show, hosted by the Florida United Numismatists at the Orange County Convention Center in Orlando, made a strong showing, especially considering weaker results from other summertime coin shows around the United States. 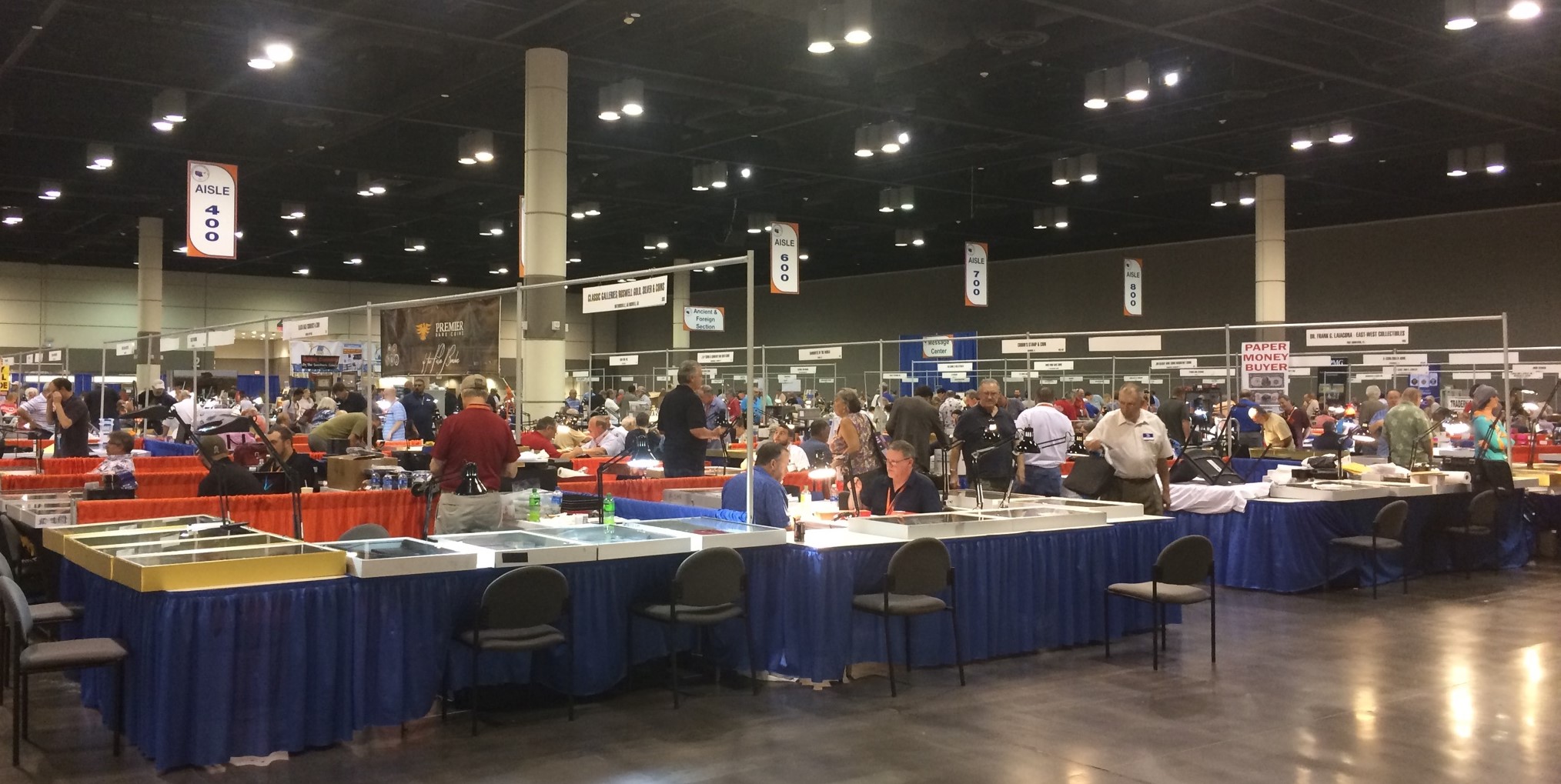 The 2018 Summer FUN show, hosted by the Florida United Numismatists at the Orange County Convention Center in Orlando, made a strong showing, especially considering weaker results from other summertime coin shows around the United States. The 12th Annual 2018 Summer FUN show was held July 12-14 and boasted 182 dealer booths, including the United States Mint, all of the major grading services, Wizard Coin Supply, and a wide array of other exhibitors. 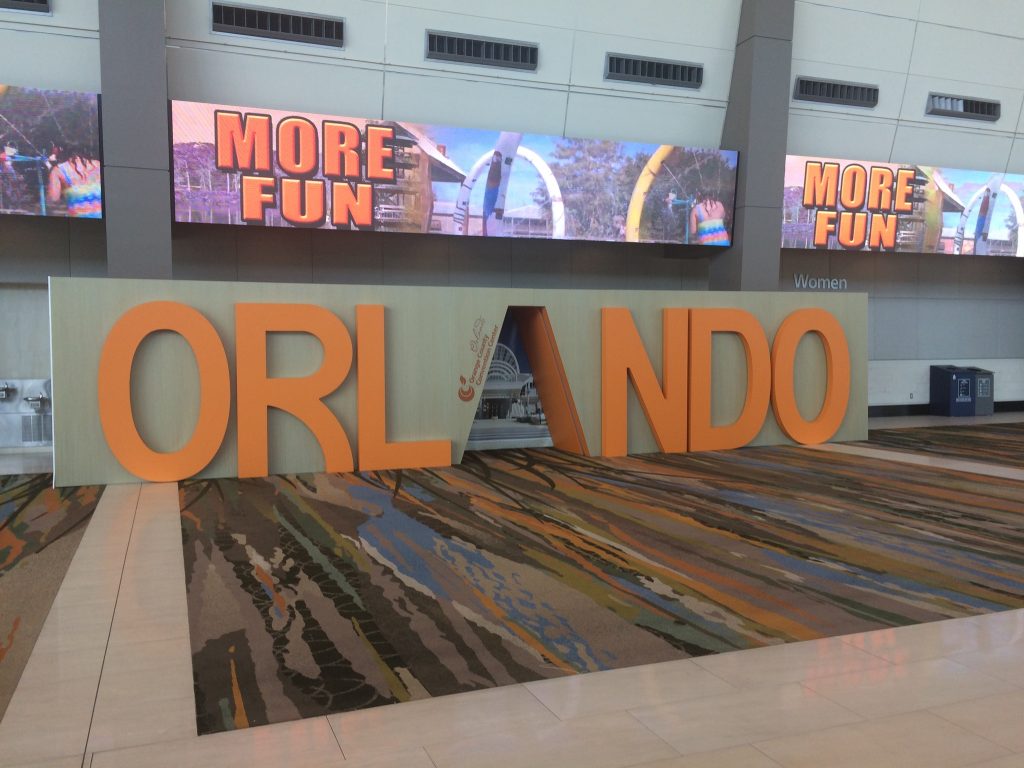 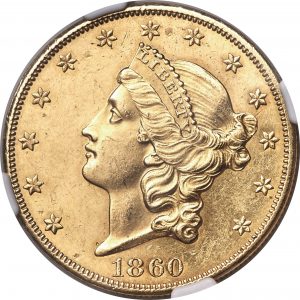 While the auction itself was a major destination for show attendees, there was plenty of other action on the bourse floor. A line formed throughout each of the public-attendance days at the Piedmont Gold Panners booth, where guests could pan for gold — for free. Piedmont’s gold-panning booth has become a fixture at both FUN’s summer and winter shows and is one of the most popular attractions on the bourse for folks of all ages. Also luring a stream of guests was the educational exhibit, which featured dozens of informative and creative displays spanning the gamut of numismatics. 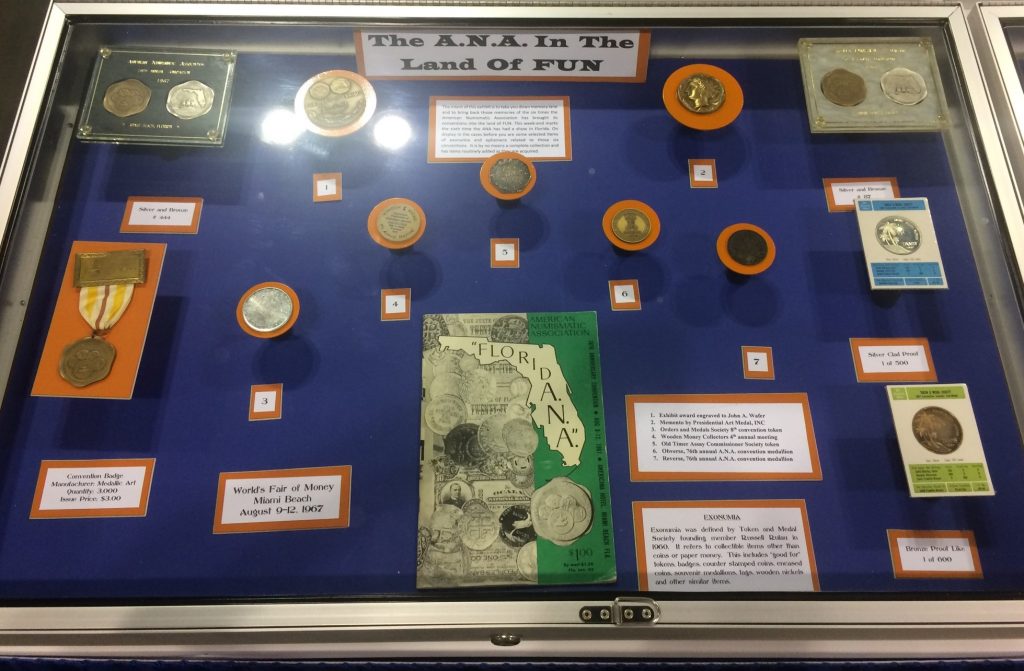 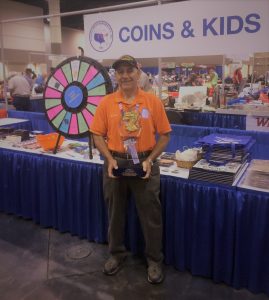 Another hit at the Summer FUN show was the Coins & Kids booth, which welcomed about 150 children and served as one of the major draws for young numismatists — “YNs” for short! The Coins & Kids section, a beloved FUN tradition, was staffed by several volunteers who worked under the caring guidance of Tony Bonaro (right), a longtime FUN Board member. He was the recipient of the FUN Presidential Award, which was presented to him by FUN President Randy Campbell; also receiving Presidential Awards were FUN Board members Ed Abbott and Nancy Casey.

Many issues of Monthly Greysheet were seen in use by coin dealers around the bourse who needed the latest wholesale trading data, while a bevy of attendees were toting around and referring to the CPG Coin & Currency Market Review for retail pricing insight. In brief interviews with several of the dealers on the bourse, the overall mood at the show was optimistic, with a few coin dealers representing various areas of the market proudly reporting “very good” results at the show. In all, public attendance reached 2,600, not counting coin dealers with tables, early bird arrivals, or staff.

Show Coordinator Cindy Wibker says the Summer FUN convention was an all-around success. “From the show management standpoint, everything ran smoothly,” she reports. “When we arrived at the convention site we had five unsold table spaces, and by Thursday afternoon all five had sold with walk-in dealers, so we had a packed room. I talked to 10-12 dealers on Saturday, and all had a great show except one, who said it was so-so and that was because of the stock he brought with him,” she reports.