by GreatCollections Coin and Currency Auctions

A selection of the top ten coin auction realizations at GreatCollections

A selection of the top ten coin auction realizations at GreatCollections

August officially ended as the best month in GreatCollections' 10-year history, with total sales over $51 million. $16 million of that was through the five weekly auctions, while $35 million were coins sold to private clients at a fixed price.


August officially ended as the best month in GreatCollections' 10-year history, with total sales over $51 million. $16 million of that was through the five weekly auctions, while $35 million were coins sold to private clients at a fixed price.

It was widely reported that GreatCollections purchased three of the all-time numismatic greats for a combined $21.5 million - the 1794 Silver Dollar, 1804 Silver Dollar and 1861 Paquet Gold Double Eagle. These three coins now hold records in the top seven all-time auction realizations for rare coins, and it was our privilege to be the winning bidder for our clients.

In our auctions on August 29th, we sold the undisputed finest 1893-S Morgan Dollar, which realized $2,086,875 with over 300 members tracking and 20,000 page views. It set the all-time record for the most popular coin series worldwide and is currently the highest priced coin GreatCollections has auctioned.

We also auctioned some of the finest treasures to be discovered at the bottom of the ocean in the shipwreck of the S.S. Central America. The 1857-S Three-Dollar Gold brought $367,875, graded PCGS MS-67 CAC - the finest by two grades and the only Mint State example to be CAC approved. No less than four of our Top Ten realizations are from the famous shipwreck.

Here are the Top Ten Coin Auction Realizations at GreatCollections during August 2021:

Number 10
1796 Capped Bust Right Gold Quarter Eagle No Stars NGC AU-58
This was part of the $2-million dollar Basket PA Collection sold by GreatCollections. The No Stars 1796 Quarter Eagle is an extremely rare one-year type coin, and always sought after when they appear on the market.
Sold for $143,719 (incl Buyer's Fee) (18 Bids) 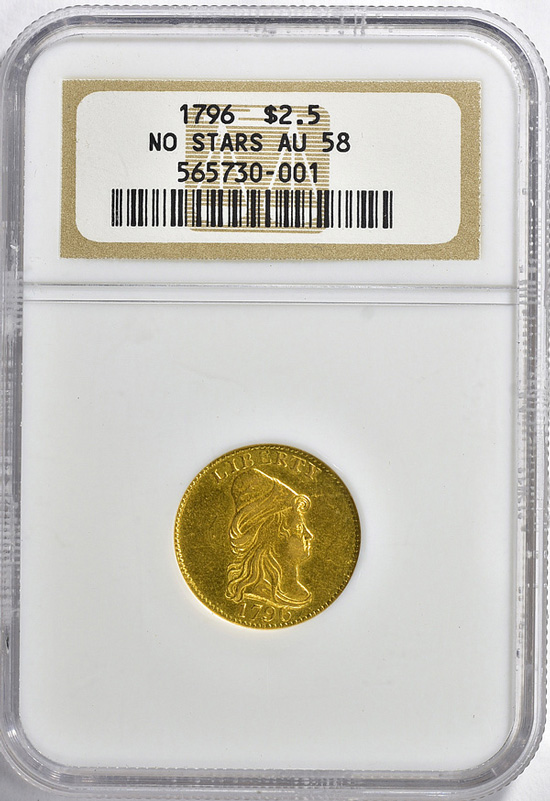 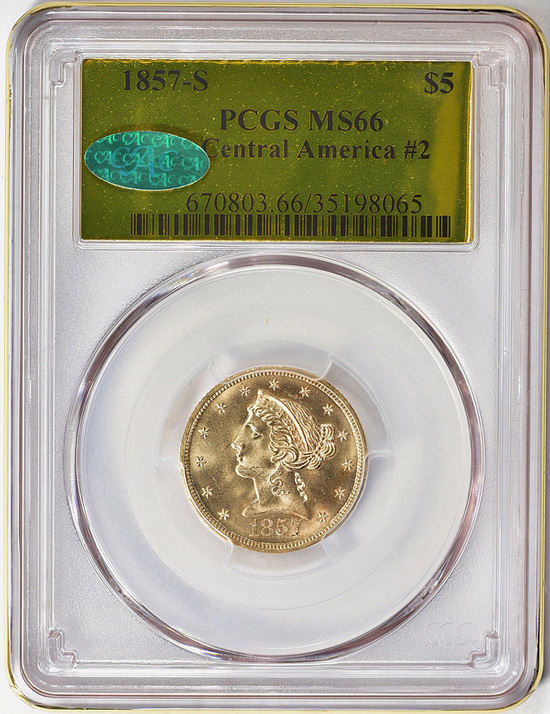 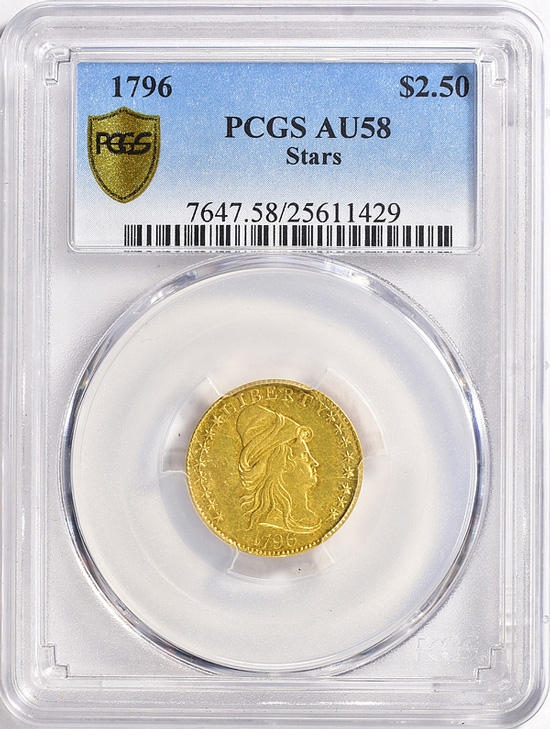 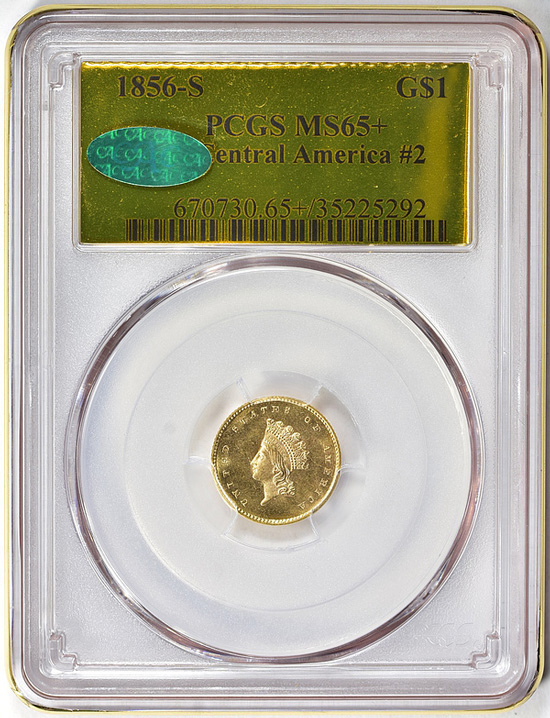 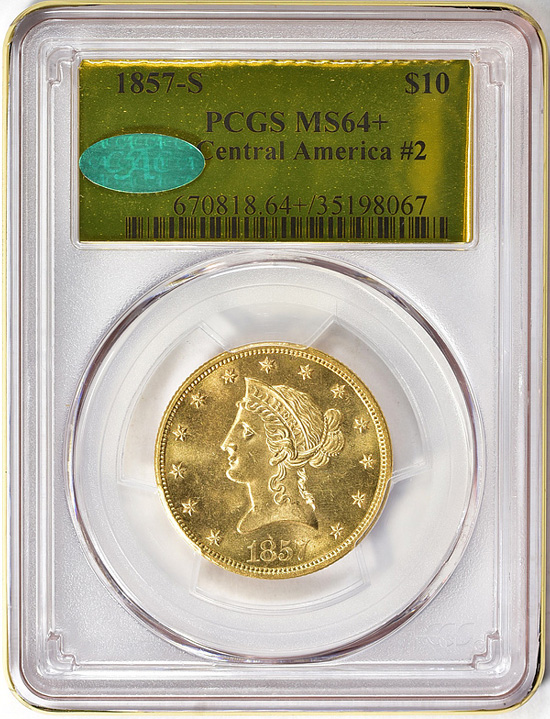 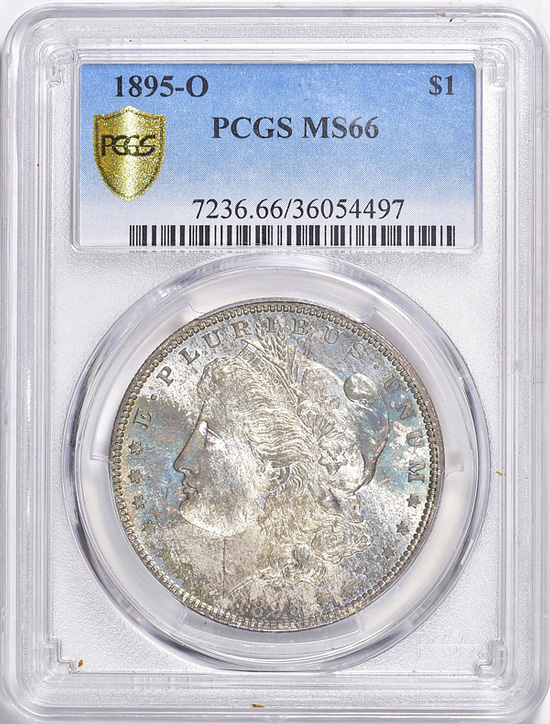 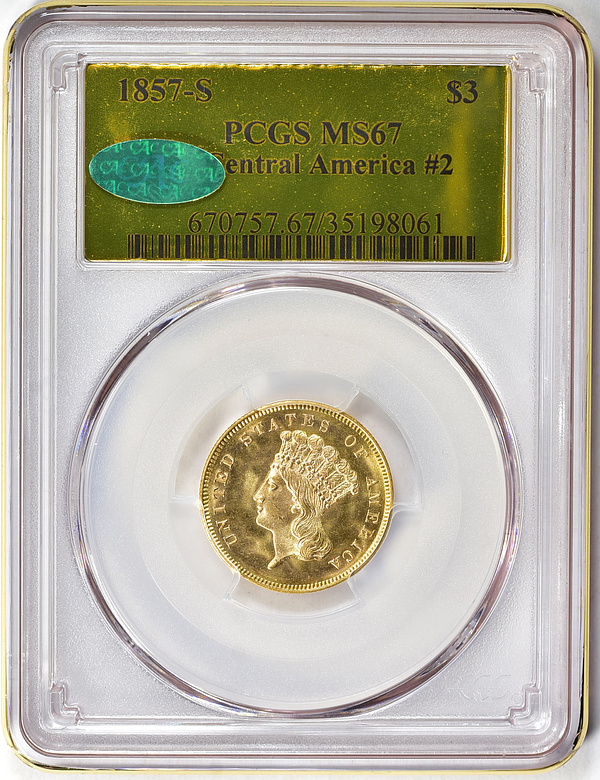 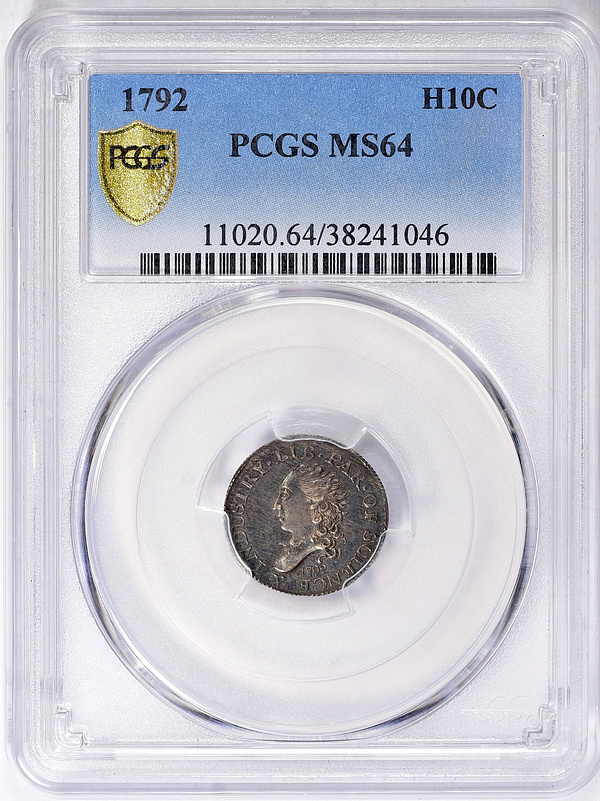 Number 2
Unique 1855 Wass, Molitor & Co. Large Head Gold Twenty Dollar PCGS AU-50 CAC (Ex. Carter Collection)
56 bids were received for this unique territorial piece originally from the famed Carter collection. While this has the unique die pairing, setting that aside, only four Large Head examples are known in all grades, one of which is permanently entombed in the Smithsonian collection.
Sold for $568,125 (incl Buyer's Fee) (56 Bids) 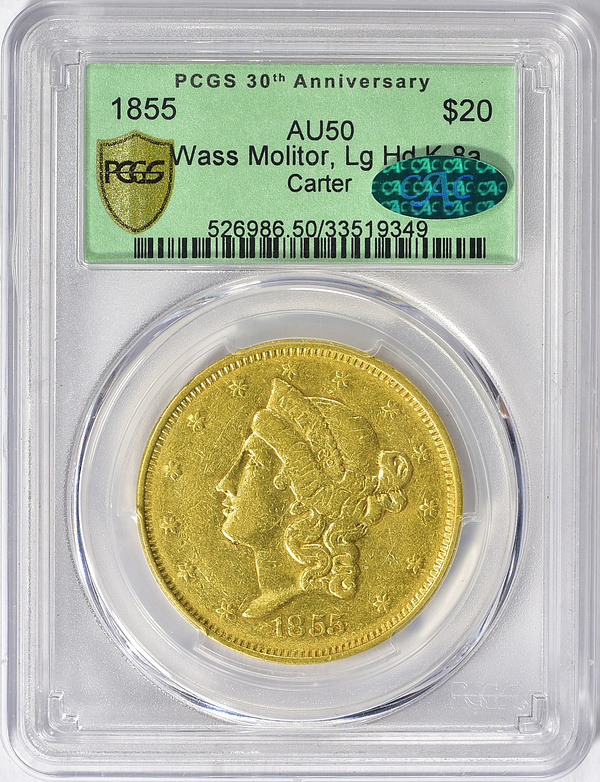 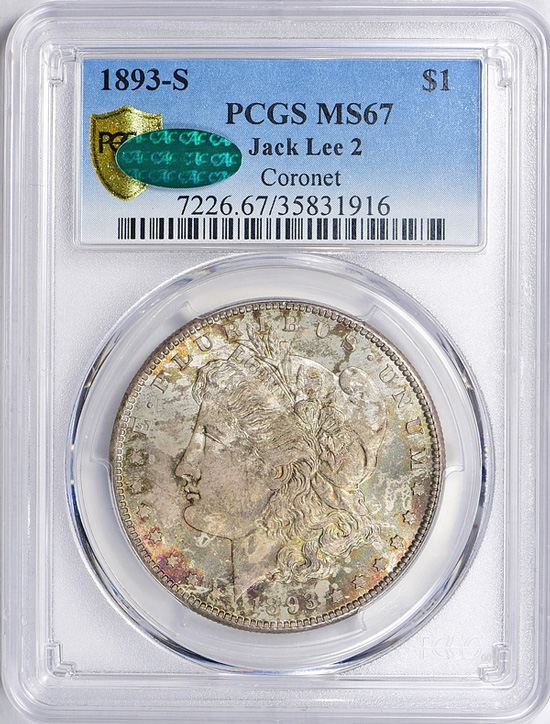 We are always looking for quality coins and banknotes for future GreatCollections auctions. Consign today by visiting www.greatcollections.com/selling or calling 1-800-442-6467.

GreatCollections Coin and Currency Auctions GreatCollections is an auction house for certified coins and paper money, as well as coins approved by CAC with sales exceeding $30 million over the past 12 months. GreatCollections handles each coin/banknote transaction from start to finish. For sellers, GreatCollections offers professional imaging for each coin/note, cash advances as appropriate, and other individualized services generally not available with the large auction houses and other websites, freeing the seller to do nothing except collect the proceeds of the sale. Buyers benefit by entrusting a venue whose principals have years of numismatic experience and whose reputations in the industry are impeccable.
more from GreatCollections Coin and Currency Auctions
directory listing