Activity across the market (July 2020 Greysheet)

Precious metals and, by extension, U.S. coins, continue to benefit from widespread demand. For the month of May, silver was up 19.3%, its best one-month gain since April 2011. Gold rose 2.6%, and was up 14% year-to-date as of June 1st, making it the leading asset in that category. 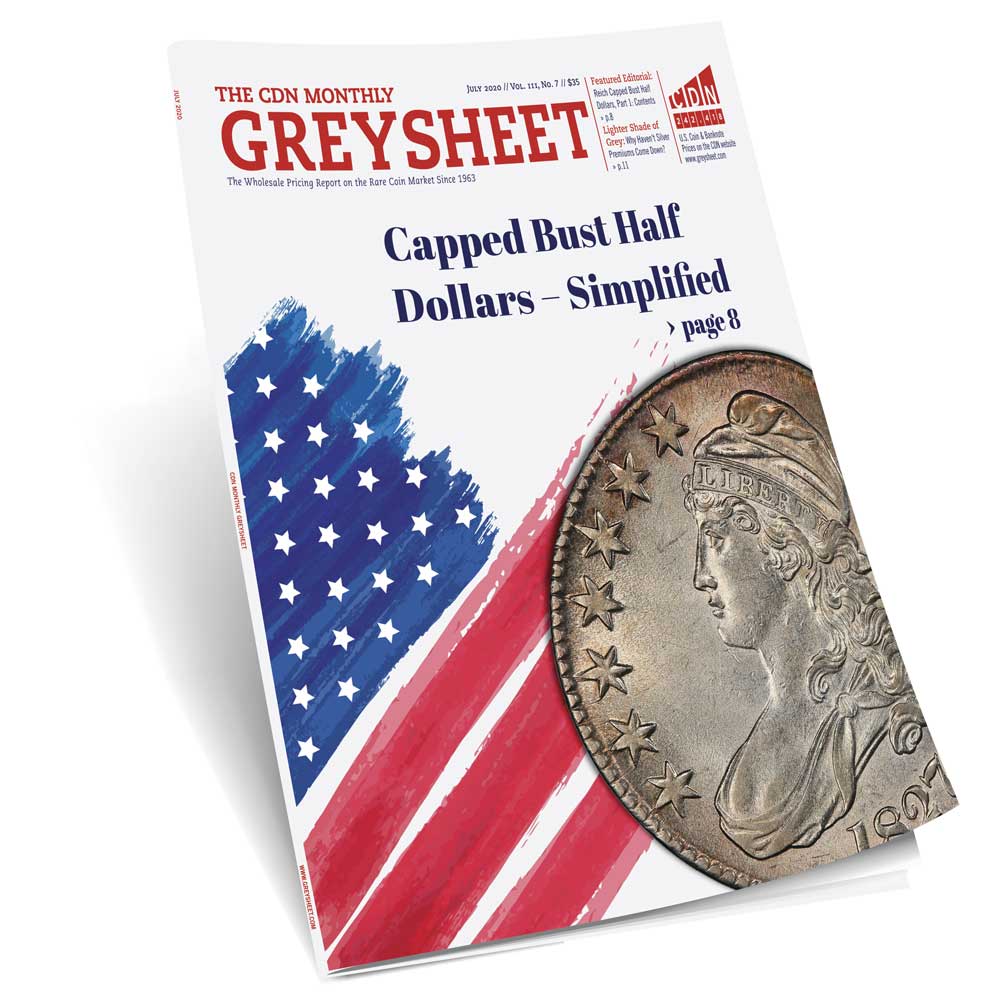 Activity across the market (July 2020 Greysheet) 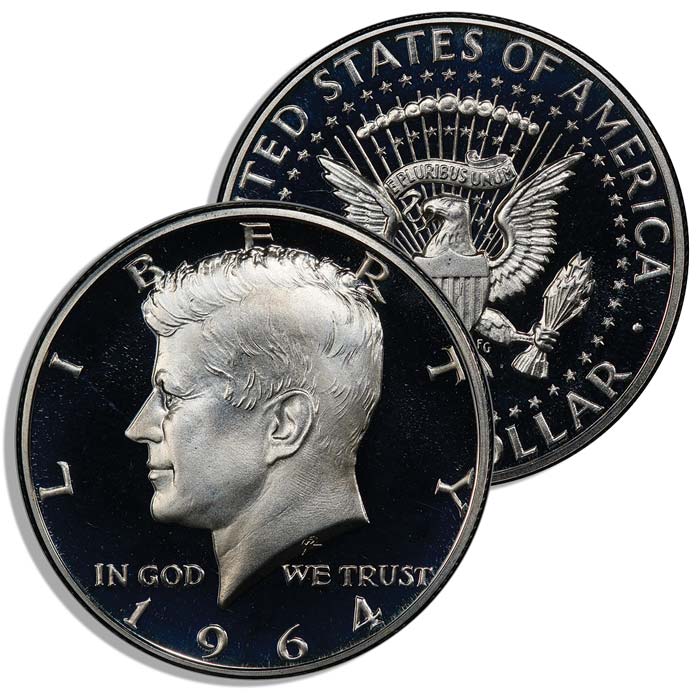 Starting with the July issue, we have expanded pricing coverage of Kennedy half dollars in the Monthly Greysheet.

Precious metals and, by extension, U.S. coins, continue to benefit from widespread demand. For the month of May, silver was up 19.3%, its best one-month gain since April 2011. Gold rose 2.6%, and was up 14% year-to-date as of June 1st, making it the leading asset in that category. As of this writing, show cancellations are ongoing. The Summer FUN show and June Long Beach Expo have been canceled, and the industry is eagerly awaiting word the fate of the ANA World’s Fair of Money in August. In a new development, Heritage canceled their associated Summer FUN auction and rolled those lots into their ANA auction. Most scheduled auction sales have continued despite the cancellation of shows. The large Stack’s Bowers sale that would have taken place in Baltimore will be conducted at their offices, along with the Heritage Long Beach sale that will take place at their headquarters rather than in California. The recent talk among dealers has shifted to legitimate concerns over a shortage of fresh, quality material. Over the past five-plus years savvy collectors have scooped up coins recognizing the value in the market. Now, these coins are in strong hands. As a result, we have certainly seen an uptick in bidding activity on CDN Exchange, and more aggressive advertisements from dealers to buy coins. Ultimately what will produce more coins are rising values. The upcoming auction sales should yield much valuable information regarding this theory.

Uncirculated Rolls: This market has been become very active recently. Lincoln cents in particular have been hot, with many dates trading at full bid. Silver denominations including Roosevelt dimes and Franklin halves are eagerly sought after and there are price increases scattered throughout. Original rolls are becoming scarcer and scarcer, and buyers and sellers should be aware of “put together” rolls, which are not the same as original mint or bank rolls. Each time a market segment gets very active individuals try to take advantage.

Silver Eagles: These extremely popular bullion coins continue to trade at strong premiums, with wholesale prices well over $5 per ounce over spot. Better back dates in original tubes or sealed monster boxes command strong prices, but these coins can also be plagued by spotting and/or toning that make them less retail-friendly. In proof Silver Eagles, there has been an interesting change in the wholesale market, as they are now being quoted in two distinct groups: coins dated 1986 to 2000 are bid a few dollars more than coins dated 2001 to present. Clearly there are programs running which necessitated this change. We have also added pricing for two new issues, the 2019-S and 2019-W Enhanced Reverse Proof coins.

Modern Coinage: We have extensively reviewed and expanded our pricing of multiple modern series, including Jefferson nickels, Roosevelt dimes, and Kennedy half dollars. Readers will notice on page 65 an expansion of proof Roosevelt dimes, and on page 83 revised proof Kennedy halves with the addition of the PR70 grade. We have also added a PR68 grade column to the proof dimes. This includes pricing of Cameo designated coins where applicable. An important note, that the pricing for proof coinage after 1977 is assumed to be for Deep Cameo (DCAM) coins although it may not be labeled as such. As always, readers will find even more pricing data using our online price guide.