Activity Across the Market (July 2021 Greysheet)

Gold and silver spot? Up. Equities? Up. The overall rare coin market? Up. Sports cards and comics? Way up. Major crypto currencies? Mostly up. The only main asset class down lately is the U.S. dollar. 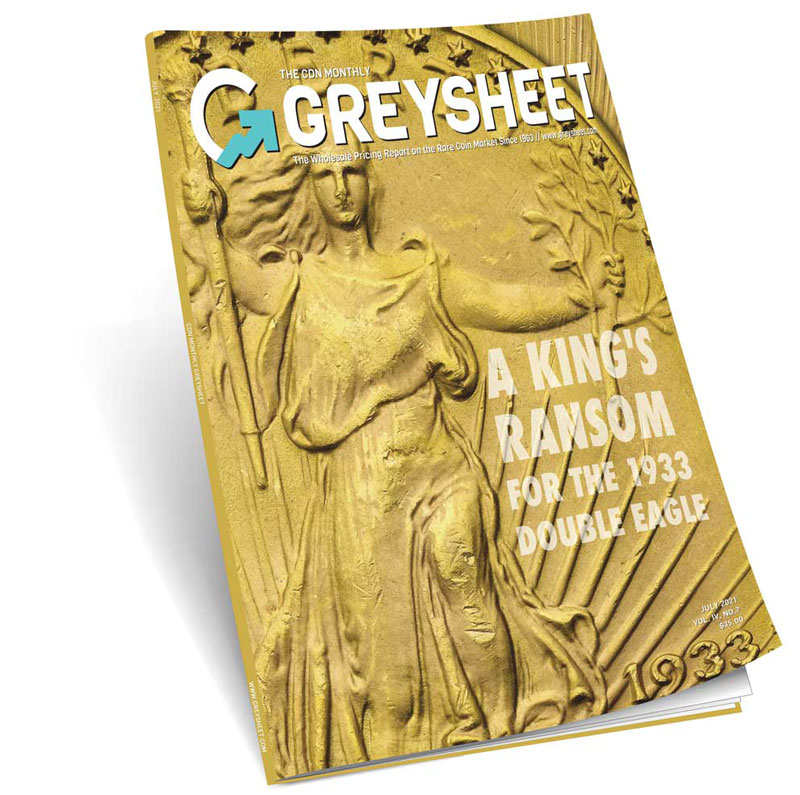 Gold and silver spot? Up. Equities? Up. The overall rare coin market? Up. Sports cards and comics? Way up. Major crypto currencies? Mostly up. The only main asset class down lately is the U.S. dollar. When markets are all moving mostly in the same direction, there is not much analysis to be done. Generally, I’ve noticed in the past that market analysis writings go in one of two directions: they either proclaim the market in question is overheated and approaching “bubble” territory or they say there is still a long way to go in the rally. In today’s reality, neither conclusion is necessarily accurate, because of the inter-connectedness of the various markets and the flow of data. Collectibles markets, in part, have become increasingly financialized. Collectibles can be used as collateral for either loans or to make purchases of other collectibles; they are being offered for fractional ownership; and they are more than ever before offered as alternate investments. These are mostly good things. However, this will also cause the collectibles markets to more closely mirror the behavior of the equity and real estate markets, and in this era of asset price inflation and unconventional monetary policy, that means sharper and more violent highs and lows. Coin prices, from the perspective of what dealers are willing to pay for certain material, are enjoying considerable appreciation. This does not mean that they are becoming overvalued; it could simply be a sign that coins were undervalued for some time. It also means that if and when the market cools off that it is not a “crash.” So often, whether it is stocks, crypto, or collectibles, people are quick to proclaim a market crash when prices come down. It seems this is mostly due to those who were engaged in excess speculation and/or using improper leverage in a given asset. What is often overlooked is that when prices do correct, they are still higher than the previous lows – and even sometimes the previous highs – thus the entire market has still appreciated over time. 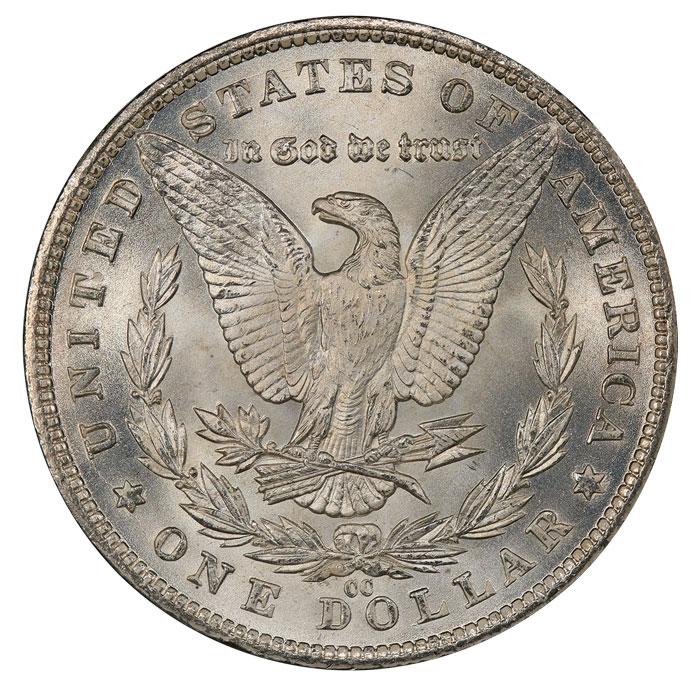 The great thing about the rare coin market is that we have significant amounts of data, particularly census information. Thanks to third-party grading and numismatic scholarship, we have accurate assessments of a coin’s overall population and its scarcity in a given grade. A buyer who is contemplating a purchase, especially if it’s a hot item (like Carson City Morgan dollars), can use reason rather than emotion to decide if the price being asked is reasonable to him or her. In the end, just like many of us learned in middle school, it is all about supply and demand. How many buyers are there for the fixed number of items. The current comic book market is a very good case study of this. Many key comic books from the late 80s and early 90s that receive the certified grade of 9.8 (out of 10) are selling for $250 to $1,000 and higher. This despite that multiple millions were printed of each book. Of course, just like with coins and mintages, only a small percentage of them will receive the 9.8 grade. The difference is that more and more comic books are being submitted for grading all the time, while for coins everything but the newest issues have 35 years of grading history. For example, the overwhelming majority of 1882-CC Morgan dollars have been submitted for grading at least once, so there is now a good idea of how many exist in MS63, MS65, MS67, etc. Thus, some fairly accurate market models can be made, and this brings price stability. With the comics, it will not be until the market knows how many of each book exist in a given grade that accurate pricing will be fully realized. It should be said, however that some early comics from the 60s graded 9.8 that are bringing up to six figures is a pretty safe bet. The odds of finding a key early book in that high of a grade would be the equivalent of finding a MS65 1884-S Morgan in a dealer’s double row box of raw inventory! The rare coin market is indeed in a happy place, and it should remain that way for the remainder of 2021.