Activity Across the Market (November 2020 Greysheet)

A monumental amount of auction activity looks to be the defining characteristic of the final few months of 2020. The size and quality of the material making its way to the auction stage in the final months of the year stand quite a bit higher than the previous nine months. 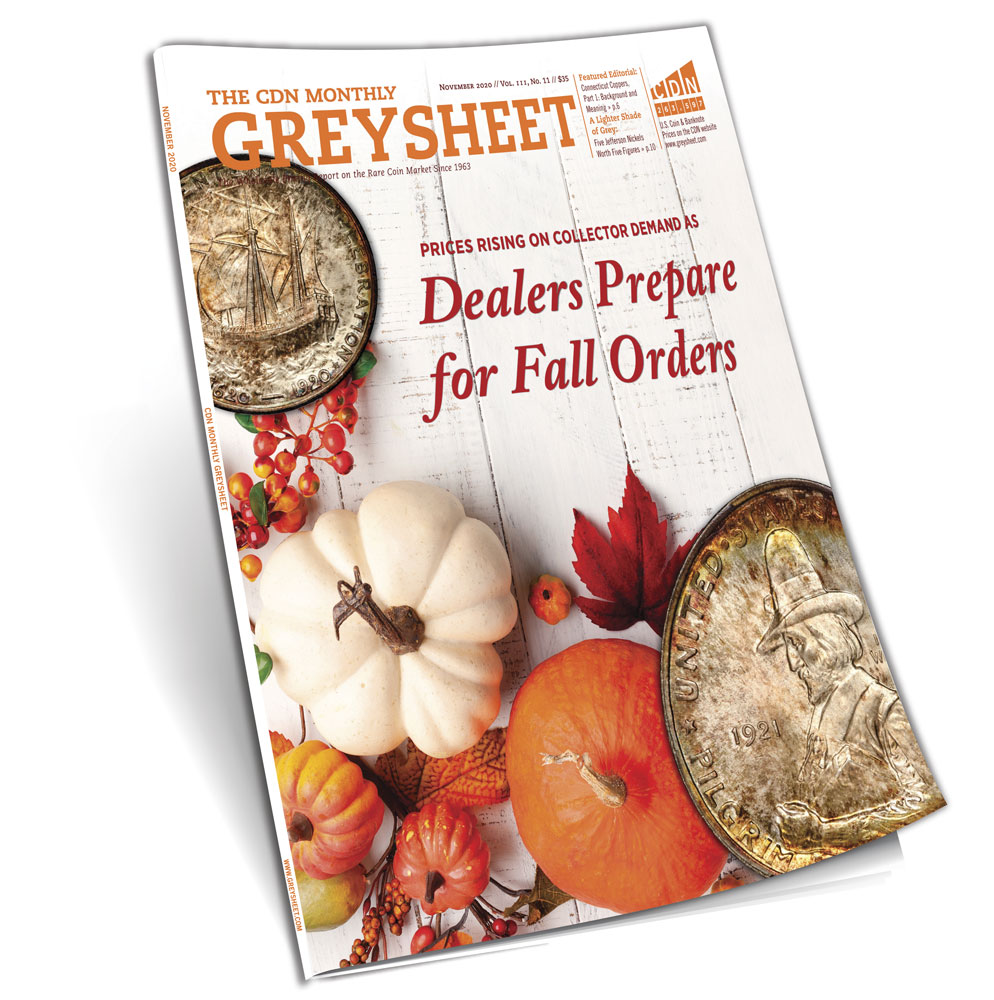 Activity Across the Market (November 2020 Greysheet) 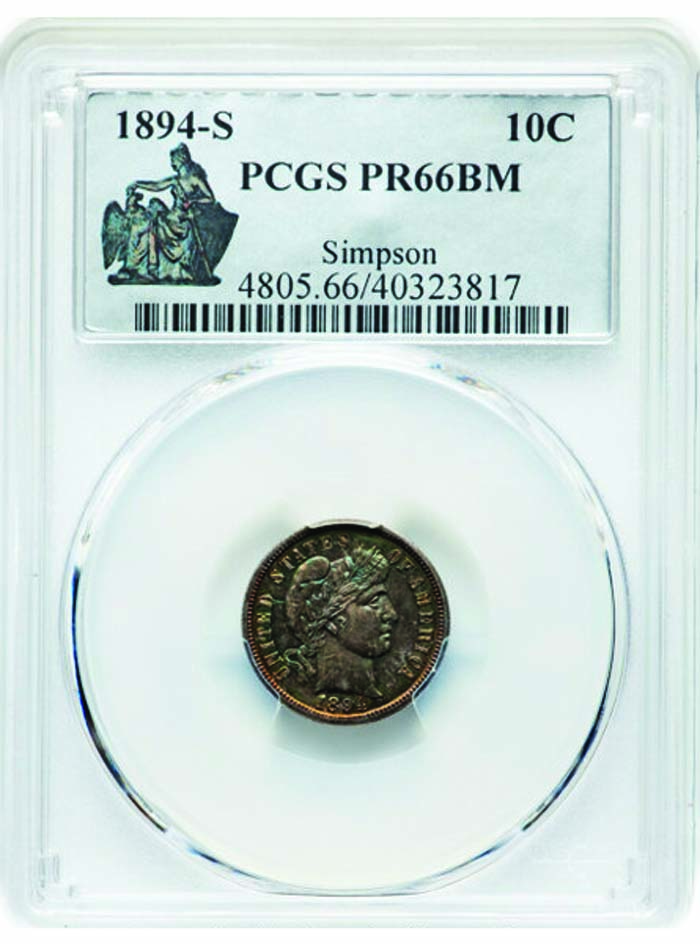 A monumental amount of auction activity looks to be the defining characteristic of the final few months of 2020. While the theme all year has been the prominence of online and otherwise virtual auctions in the absence of coin shows, the size and quality of the material making its way to the auction stage in the final months of the year stand quite a bit higher than the previous nine months. We have already had the Important Selections from the Bob Simpson Collection, held by Heritage along with their Signature sale that would have normally been in Long Beach.

There were also 183 Patterns sold in the sale, four of which sold for more than $100,000. Simpson is the most well-known collector of Patterns in the modern era and viewing these extremely interesting pieces is highly educational. The top pattern in this session was the unique 1916 Mercury dime J-1984 at $192,000. While this list of great pieces could fill multiple pages, others include the 1796 No Stars Quarter Eagle restrike in white metal, the 1827 Capped Bust quarter in copper, and the 1876 Trade Dollar in copper. All told, the Simpson Selections sale totaled $14.65 million and the Signature sale brought $12.4 million. Next up in the blockbuster lineup is the coins from the Bruce Morelan Collection to be sold by Legend Rare Coin Auctions as part of their Regency 41 sale. The auction takes place as this issue goes to press and features numerous trophy coins. A pair of Large Cents, the Naftzger-Jung 1793 Wreath, Vine and Bars Edge graded PCGS/CAC MS66RB and the 1794 Liberty Cap Sheldon-31 graded PCGS/CAC MS67BN are tremendous, but the story is really about silver dollars. Morelan’s assembly of superb examples of Early dollars is well known and is led by the Specimen designated 1794 Flowing Hair dollar and the Dexter-Dunham-Pogue Class I 1804 dollar.

These multi-million dollar coins are special, but are nearly equaled or surpassed in eye appeal by others in the collection. The 1795 Off-Center Bust, PCGS/CAC MS66, ex. Eliasberg-Pogue is a wonder coin, along with the Green-Newman 1798 Small Eagle, 13 Stars, PCGS MS63 and the Green-Newman 1803 Large 3 that is PCGS/CAC MS65.

In addition to these, Stack’s Bowers recently announced the sale of the Larry H. Miller Collection to be held in two parts in November and December. Miller, who passed away 11 years ago, the owner of the Utah Jazz NBA team and successful businessman, built his collection over decades and it includes another 1804 dollar and 1894-S dime along with some monumental Morgan dollars. The confluence of all these important collections presents both questions and opportunities. In this wild year, it is understandable that some individuals and/or their estates have a desire to de-risk and “get out” of certain assets; at the same time, some of the most astute purchases are made during uncertain times. The performance of these sales is important for the near-term future of the rare coin industry, to exhibit the continued strength to absorb such material. There is certainly an opportunity for new buyers to step in and add long-term holdings, even as a wider part of a portfolio. As stated in this column before, the world is awash in fiat currency, and it promises to remain that way for some time.