Activity Across the Market: Precious Metals or Bitcoin? (February 2021 Greysheet)

CDN Editor, Patrick Ian Perez, lays out his thoughts on precious metals versus bitcoin in the February Greysheet. 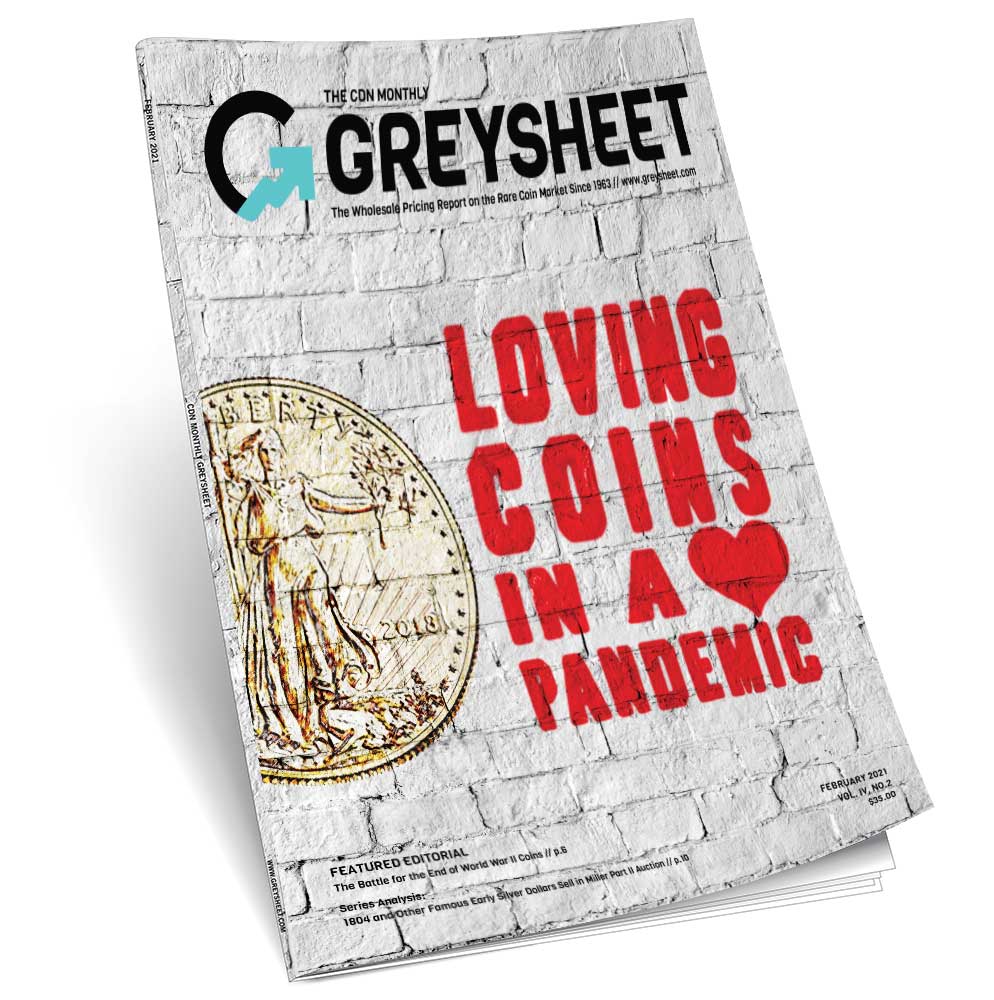 Activity Across the Market: Precious Metals or Bitcoin? (February 2021 Greysheet)

The market for high-end rare coins remains robust, with many prices falling within “collector” levels (Refer to the article by Greg Reynolds on page 10 for more on this.) I had the opportunity to speak with a handful of dealers during the month of December and they all felt the first six months of 2021 would be bullish for the market, even with the cancellation of the FUN Convention.

Indeed, many pages of this issue show positive movement, and not just because the gold spot price is triple digits higher than the January issue. Many long-dormant series are showing signs of life with incrementally higher prices achieved at auction and on the wholesale market. This is a sign of thin dealer inventories, and the need to restock with new purchases pushing demand.

THE CASE FOR PRECIOUS METALS

The demand in the collectibles space joins nicely with the forecasts of numerous top institutional analysts who project significant growth in commodities in the coming year. The reasons cited are familiar ones: a massively overvalued equity market and expansive government stimulus and monetary expansion on the part of world central banks. These are some of the same catalysts which sparked prior bull runs in precious metals. There are, however, multiple factors that differentiate this time when compared to the prior two. The market shocks, the “bursting of the bubble”, that took place in 2000 and 2008 were strictly financial. First came the technology stock bubble followed by the over-securitization of mortgages and related instruments. 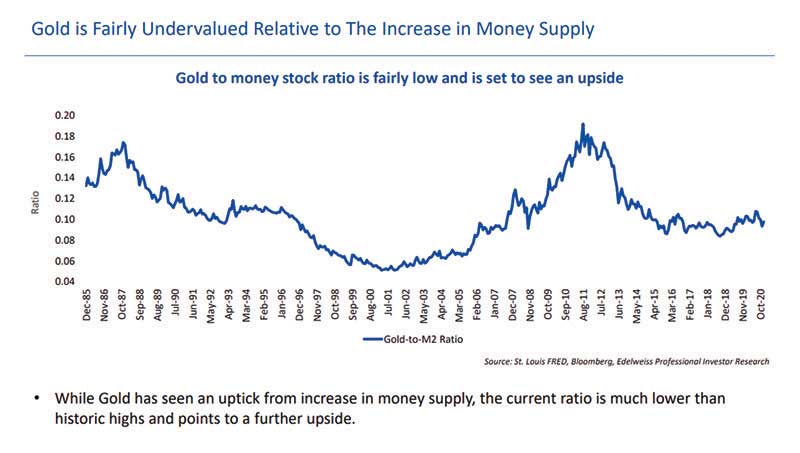 This time the problem is social. While the stock market did plummet at the outset of the pandemic, it has come screaming back yet the real economy—which is not the market—remains stagnant. What this does is provide ample cover for the Federal Reserve and other world central banks to rapidly expand the money supply, thus debasing the currency at a greater rate. So far, the gold price has not yet caught up with where it could be when measured by such things as the gold-to-money-supply ratio and inflation-adjusted price. Hence the higher forecasts.

THE CASE FOR BITCOIN

The other elephant in the room when looking at commodities are crypto currencies. To say Bitcoin (BTC) has been on a tear is a severe understatement, and it now needs to be seriously looked at as a cash equivalent. In addition to retail buying, the primary catalyst for the recent move in BTC is that some corporations have decided to plant their excess cash in BTC rather than U.S. dollars, thereby sucking up every available new coin that is mined and driving the price ever higher. Years ago, corporate treasurers would buy gold if they wanted to hold excess funds in something other than paper money. Bonds are no longer an option because of their negative real rate of return.

It is ironic that the word “coin” is the root word of Bitcoin but our industry, the rare coin business, talks very little about it. Granted, there are some dealers who have explored this. There is a huge amount of money that could be going towards precious metals purchases in the form of bullion and numismatic coins that is instead going into Bitcoin. A way to divert some of this money into the coin market is to have more dealers and auction houses accept BTC as a form of payment. This aspect has not been given enough attention.

If the rare coin marketplace became a leader in the collectibles field in using BTC as a medium of exchange, it could draw significant funds into the market. Of course, the great conundrum of Bitcoin is how to spend it. Yes, there are exchanges in which BTC can be converted into major currencies, but there are restrictions. Now, if you are an individual or institution who simply wants to “get out” of the U.S. dollar you are fine with letting the Bitcoin sit there and do nothing. In time, however, people will want to put this currency to use—especially if it keeps growing in value—and this will force the hand of the banking system to recognize BTC as a medium of exchange. Should this happen, and it may be closer than we think, then the rare coin market should be ready to accept it as a form of payment. At coin shows (when we had them) you can readily find dealers willing to buy foreign exchange (Forex) of both paper and coin; why not also Bitcoin?

Subscribe to February 2021 edition of Monthly Greysheet for the industry's most respected pricing and to read more articles just like this.

Gold is cheap. Silver is cheap. Buy some semis and/or bullion coins and you will be VERY VERY happy in a few years--