The A&amp;A Saints Collection, billed as “one of the all-time finest collections” of Saint-Gaudens double eagles, will be auctioned on eBay from March 29 through April 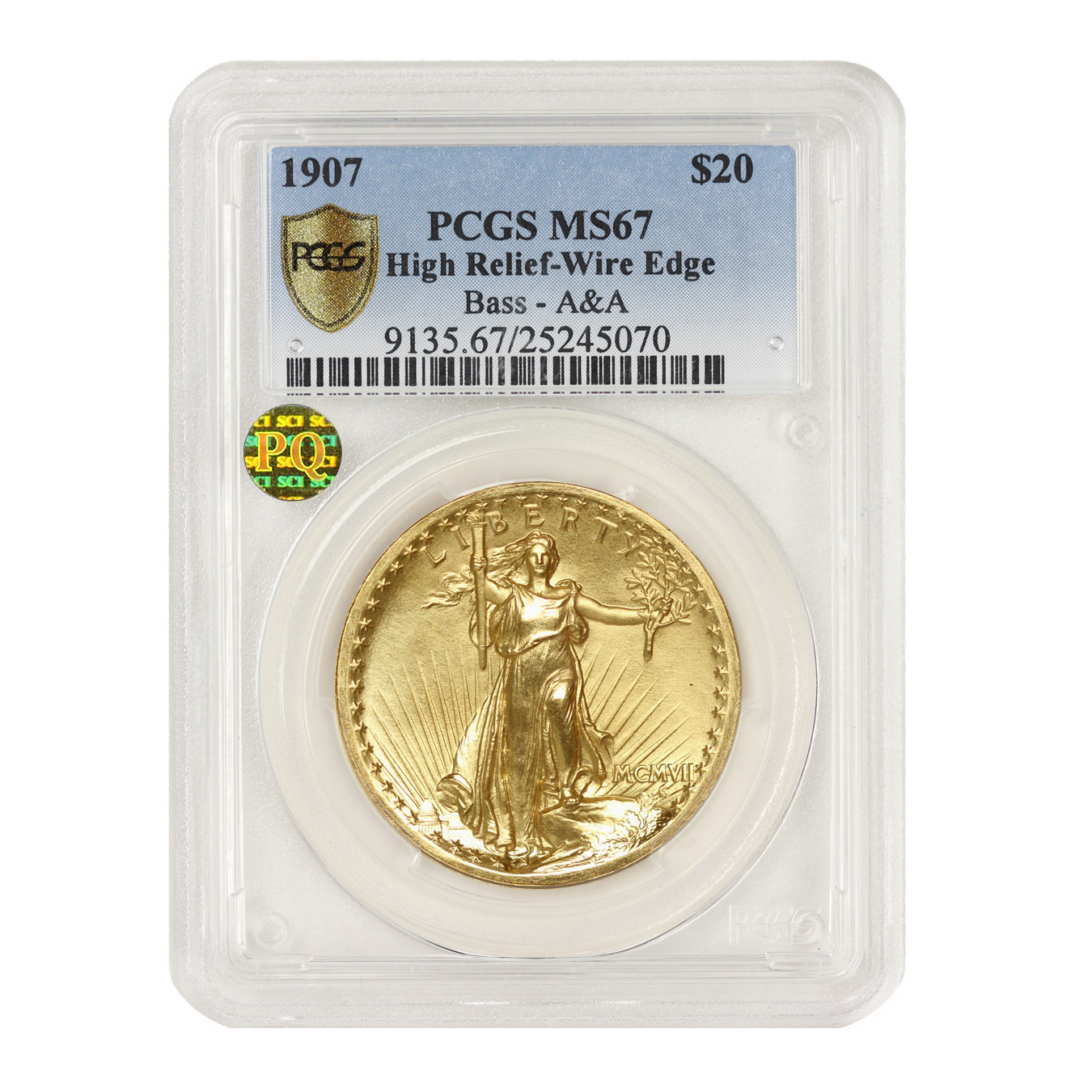 According to recent court rulings on the matter, only one 1933 Saint is known to be legally in private hands, in light of circumstances following Executive Order 6102, which was signed by President Franklin Delano Roosevelt in 1933 and banned the hoarding of gold by the public. Unless future rulings determine otherwise, 1932-dated Saint-Gaudens double eagles are the last issues in the series that can be freely traded between private parties.

The A&A example of the 1932 Saint Gaudens double eagle, a MS66+ specimen that was graded by the Professional Coin Grading Service (PCGS) and bears its prestigious Gold Shield designation, is the finest of its kind known. This 1932 Saint once belonged in the collections of Dr. Steven Duckor and David Akers.

The sale is being facilitated by Barry Stuppler, who serves as president of Mint State Gold by Stuppler in Woodland Hills, California. Stuppler is representing an anonymous seller, who wishes to donate three percent of the proceeds from the sale toward the numismatic community’s Anti-Counterfeiting Education Foundation, Children’s Hospital of Los Angeles, and The ALS Association.

Considering the exciting array of lots in this sale, there’s a good chance tens of thousands of dollars will soon be going to several great causes. This collection offers Saint-Gaudens enthusiasts, and especially those who are building Saint-Gaudens registry sets, a rare opportunity to get their hands on many scarce key dates and some incredible conditional rarities.

“The amazing A&A Saints Collection is ranked as the fourth all-time finest in the PCGS Set Registry with a remarkable weighted grade point average of 65.77 and a GPA with ‘Top Pop’ bonuses of 66.13,” explained Stuppler. “Ten of these historic coins previously belonged in the most renowned collections assembled over the decades by the country’s most respected collectors,” Stuppler explained. “This is the largest set of its kind ever offered on eBay.”

Aside from the unparalleled quality of coins in the A&A Saints Collection, there is another novel aspect to this auction, and that is the very method of sale. It’s not often that a high-level collection such as the A&A Saints enters the marketplace through a generalized online marketplace like eBay. However, it’s certainly not the first headlining collection to enter a mainstream consumer online exchange. In 2014, Kagin’s offered hundreds of coins from the famous Saddle Ridge Hoard of gold coins on Amazon, where various classic American gold coins listed for between $2,975 to $17,500.

All told, Stuppler believes the value of the entire A&A Saints Collection tops $7 million, making it one of the most valuable coin holdings ever offered on eBay. “We are honored to partner with Stuppler in the auctioning of the A&A $20 Gold Saint-Gaudens Collection,” said an eBay spokesperson. “Our ability to reach a broad, sophisticated market of 170 million active buyers is the perfect fit for this unique coin collection. We recognize that bidders will go beyond the typical coin collectors, as this is a chance to own a truly one of a kind investment.”