The American Numismatic Association's (ANA) highest accomplishment for a young collector is being named ANA Young Numismatist of the Year. 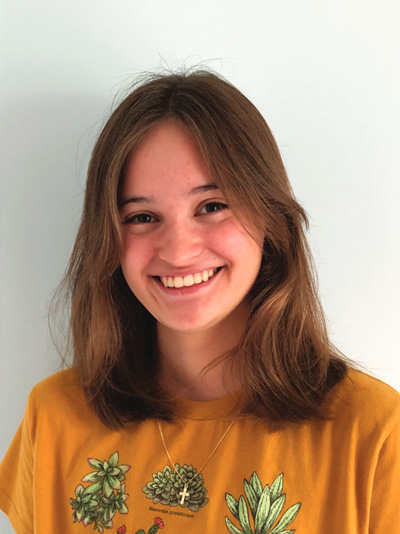 The American Numismatic Association's (ANA) highest accomplishment for a young collector is being named ANA Young Numismatist of the Year. The honor is given to those who show exceptional achievement in the hobby. Due to her outstanding contributions to the hobby, this year's recipient is Kelly Barker. She was recognized for her accomplishments during a virtual event on Wednesday, July 13, by ANA President Dr. Ralph Ross with Barker's friends and family.

When she was a tyke, Barker's brother and father encouraged her to join them in searching for "Wheaties" in rolls of Lincoln cents. Her interest in collecting heightened when she attended local coin shows with her family, and she became an ANA member by the time she was in 5th grade. She enrolled in the "Coins for A's" program and earned 32 pieces over the past eight years.

Now 18 years old, Barker has attended numerous conventions, often as a page or other volunteer, including the World's Fair of Money® (WFM) and the National Money Show®. An eager participant in the ANA's young numismatist activities (YN), the Delaware resident has completed The Dollar Project, regularly attends the annual online YN auctions, and achieved first place twice in her age group in National Coin Week challenges.

Skilled with the written word, Barker also earned the first place Bill Fivaz Young Numismatist Literary Award in 2016, and she is in the process of publishing her first novel, a mystery for young adults.

A soccer player and a runner, the athletic collector also has a talent for exhibiting, and her "Treasures of the Sea" display won second place at the 2018 WFM. The future is certainly bright for this positive and creative collector who is helping to grow the hobby by teaching her peers about her favorite numismatic topics. Barker heads to Virginia Tech in the fall to major in creative writing, sports and converting new friends to numismatics

The American Numismatic Association is a congressionally chartered, nonprofit educational organization dedicated to encouraging the study and collection of coins and related items. The ANA helps its nearly 28,000 members and the public discover and explore the world of money through its vast array of educational and outreach programs as well as its museum, library, publications, and conventions. For more information, call 719-632-2646 or visit money.org.