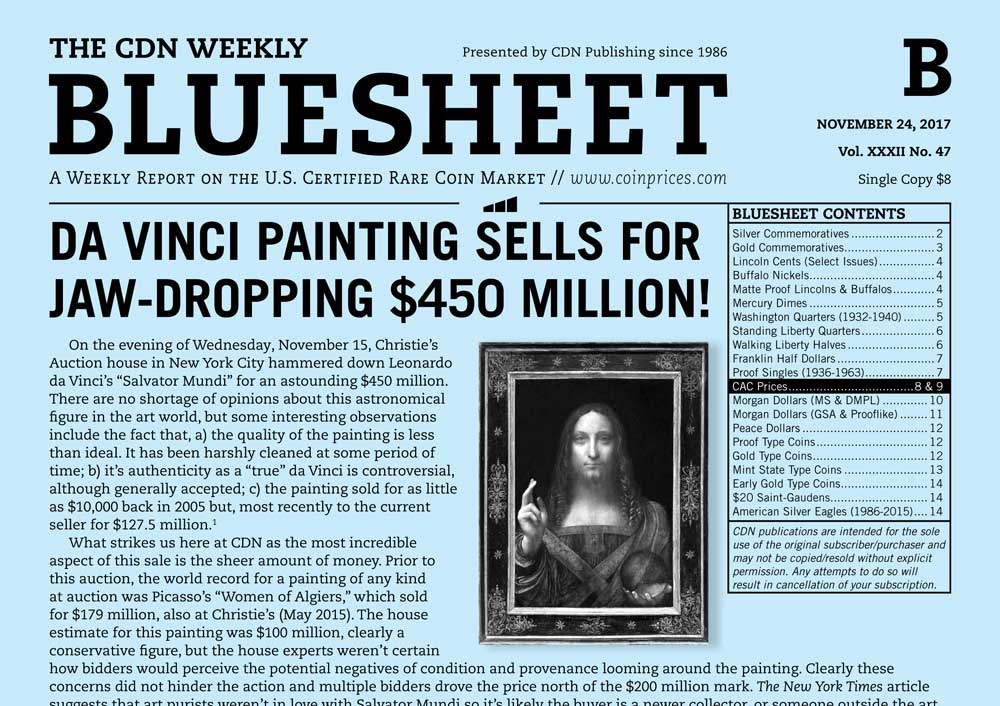 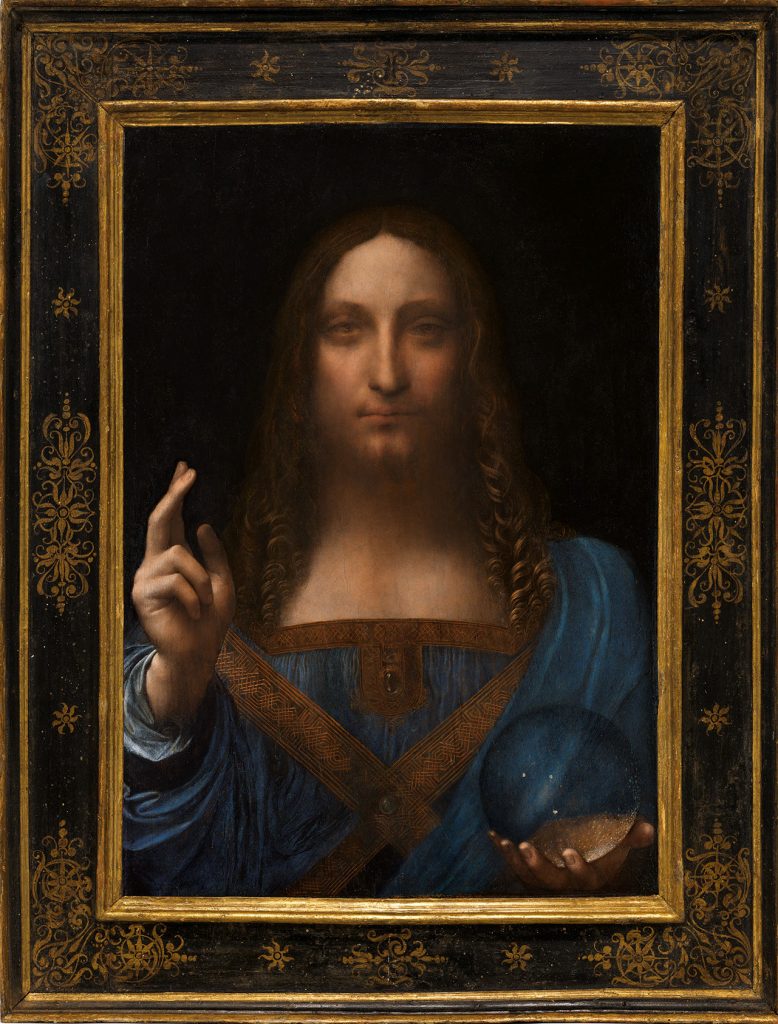 On the evening of Wednesday, November 15, Christie’s Auction house in New York City hammered down Leonardo da Vinci’s “Salvator Mundi” for an astounding $450 million. There are no shortage of opinions about this astronomical figure in the art world, but some interesting observations include the fact that, a) the quality of the painting is less than ideal. It has been harshly cleaned at some period of time; b) it’s authenticity as a “true” da Vinci is controversial, although generally accepted; c) the painting sold for as little as $10,000 back in 2005 but, most recently to the current seller for $127.5 million.1

What strikes us here at CDN as the most incredible aspect of this sale is the sheer amount of money. Prior to this auction, the world record for a painting of any kind at auction was Picasso’s “Women of Algiers,” which sold for $179 million, also at Christie’s (May 2015). The house estimate for this painting was $100 million, clearly a conservative figure, but the house experts weren’t certain how bidders would perceive the potential negatives of condition and provenance looming around the painting. Clearly these concerns did not hinder the action and multiple bidders drove the price north of the $200 million mark. The New York Times article suggests that art purists weren’t in love with Salvator Mundi so it’s likely the buyer is a newer collector, or someone outside the art world completely who doesn’t concern himself/herself with such trivial matters.

This reality is fascinating for the numismatic market. The factors that contribute to the excitement and draw for da Vinci’s masterpiece are equally relevant in our market. The most valuable of U.S. coins in the market are in extremely short supply and while general market prices don’t indicate a rising tide, a rare coin in strong seller’s hands is worth whatever the seller is asking, and the buyer will pay. This auction record represents a shift in power to the live auction venue for such valuable items, but the auction houses still require two (or more) bidders to achieve such lofty results.

Heritage recently sold a circulated Confederate half dollar (NGC PF40) for $960,000 and Stack’s Bowers sold a 1792 Cent (Judd-1, PCGS MS61 CAC) for $900,000. Both of these coins represent somewhat esoteric, but incredibly rare and historic, items, which push the envelope for the numismatic market and expand our reach to new collectors who are well-heeled and seeking great artifacts. Just think of what you could assemble in U.S. rare coins for $450 million.