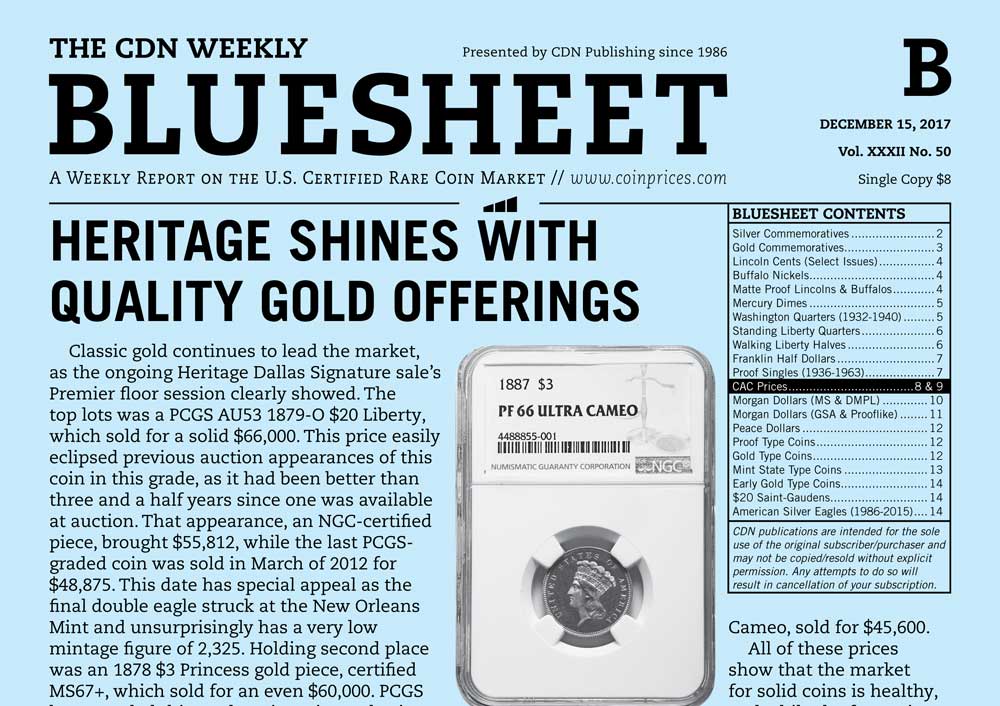 Classic gold continues to lead the market, as the ongoing Heritage Dallas Signature sale’s Premier floor session clearly showed. The top lots was a PCGS AU53 1879-O $20 Liberty, which sold for a solid $66,000. This price easily eclipsed previous auction appearances of this coin in this grade, as it had been better than three and a half years since one was available at auction. That appearance, an NGC-certified piece, brought $55,812, while the last PCGS-graded coin was sold in March of 2012 for $48,875. This date has special appeal as the final double eagle struck at the New Orleans Mint and unsurprisingly has a very low mintage figure of 2,325. Holding second place was an 1878 $3 Princess gold piece, certified MS67+, which sold for an even $60,000. PCGS has awarded this grade to just six total coins in this series, making this the ultimate example for a type set. The realized price is in line with the current market and shows there is solid support for coins at this level.

Other gold pieces that posting good results include a 1915 $10 Indian certified PCGS MS67 selling for $38,400. While a common date in the series, there are only ten combined coins at the MS67 level and the realized price topped the last prior appearance, an NGC coin in the 2013 ANA auction which sold for $30,550. Additionally, a lovely 1887 $3 Princess graded NGC Proof 66 Ultra Cameo, sold for $45,600. 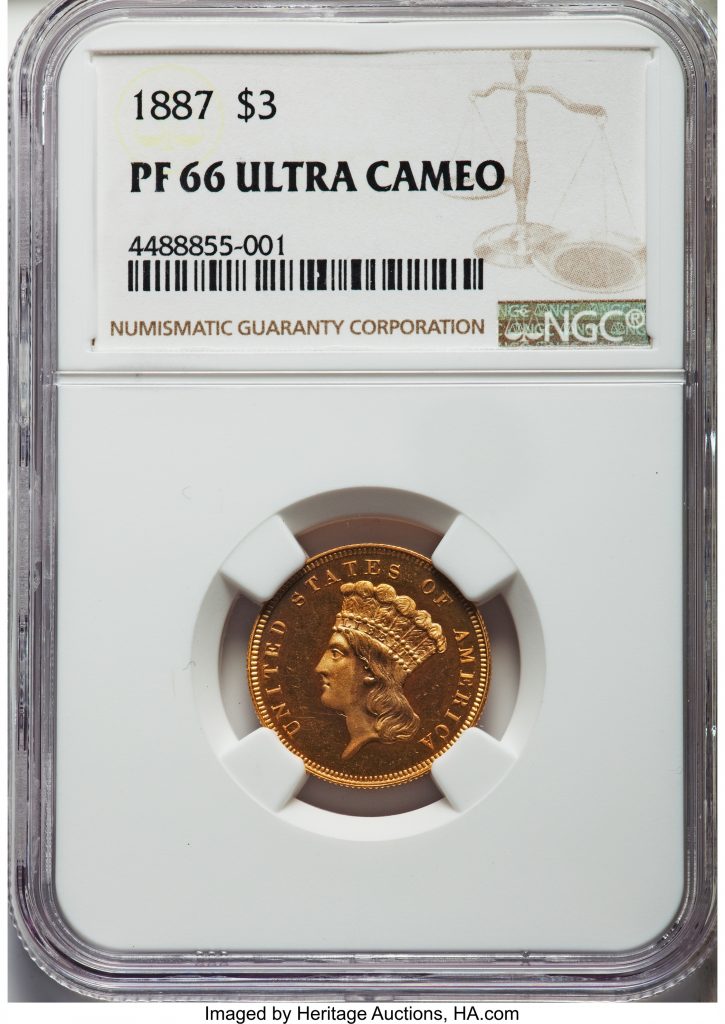 All of these prices show that the market for solid coins is healthy, and while the four coins described above are certainly not cheap, they are not super rarities and they demonstrably show demand across the spectrum.