We have just returned from Tampa and the Florida United Numismatists (FUN) show, where we observed brisk dealer-to-dealer trading, a busy bourse floor, and mixed auction results. 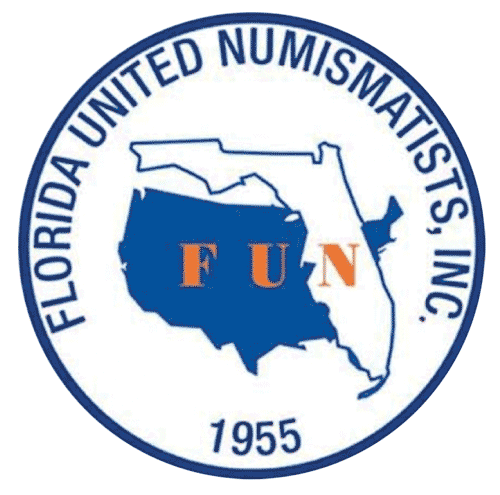 We have just returned from Tampa and the Florida United Numismatists (FUN) show, where we observed brisk dealer-to-dealer trading, a busy bourse floor, and mixed auction results.
Dealers we spoke to were happy with the wholesale pre-show and setup day trading, as there were many active buyers and sellers. One mitigating factor to this activity – as has been for the past year – is the limited supply of fresh material, and the most active dealers at the show had a constant flow of new material to offer buyers. Some vendors at the show complained of slow sales, but overall it appeared that deals were being done and dealers were buying for inventory needs and to fulfill customer want lists. Show attendance was solid by all accounts, with the floor buzzing on Thursday and Friday from open to close.
As of Friday afternoon the Heritage U.S. coin auction had realized nearly $32 million with two online-only sessions yet to go. The highlight was the sale of the PR66 1894-S Barber dime which sold for $1,997,500. The sale of this coin was picked up by mainstream media outlets such as CBS, CNNMoney, and the New York Post, all running stories about the sale. Any time a coin event is covered by the wider press it has the potential to bring in new collectors or rekindle the imagination of a lapsed one.
Gold coins took the next three top spots at Heritage: an MS62 1849-C Open Wreath gold dollar at $528,750; an AU55 1802 13 Stars Reverse quarter eagle at $505,250; and an 1851 Humbert $50 Territorial gold octagonal slug in the rare grade of MS63 at $381,875. Rounding out the top five lots was the 1792 Fusible Alloy pattern cent graded VF35 (one of nine known) at $352,500. Nearly 3,700 lots crossed the auction block generating a significant amount of price changes for the Greysheet and Bluesheet. Some of the bigger coins which did not meet their reserve include a 1652 Willow Tree shilling graded XF45, the Gardner 1870-S Liberty Seated dollar, and a conditionally rare Gem 1901 Morgan dollar. These three coins alone are available as post-auction purchases at over $969,000 combined, indicating that sale totals could have been larger still, and one would expect that these rarities will eventually find a new home. As we began to digest the auction activity and process the feedback we received at the show, it was immediately apparent that some classic commemorative issues are soft with some downward movement in the MS66 and MS67 grades. Mercury dimes on the other hand showed some solid performances, with a 1942/1 graded MS66FB garnering $76,375, and the somewhat underrated dates of 1925-D, 1926-D, and 1926-S performing well.
We were happy to have many good conversations with those who visited our booth at the show about a variety of topics including pricing, layout and design, and overall market trends. We appreciate any and all comments and suggestions we received.