Readers will be encouraged to see a bundle of plus signs this week, due to a variety of factors. The positive movement of the gold spot price in the past week has helpe 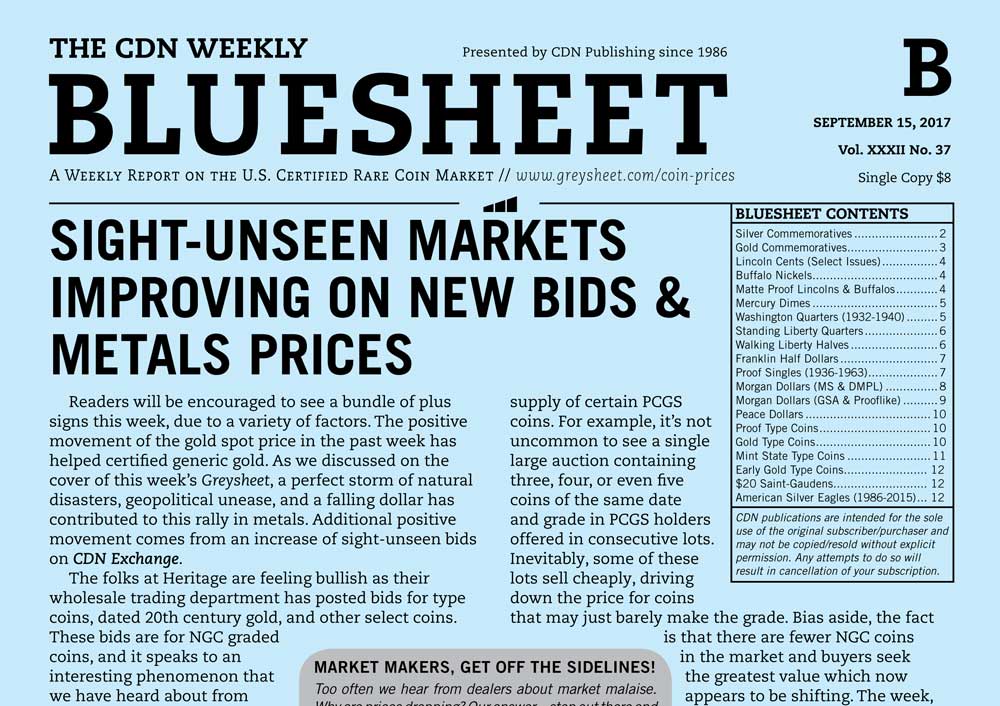 Readers will be encouraged to see a bundle of plus signs this week, due to a variety of factors. The positive movement of the gold spot price in the past week has helped certified generic gold. As we discussed on the cover of this week’s Greysheet, a perfect storm of natural disasters, geopolitical unease, and a falling dollar has contributed to this rally in metals. Additional positive movement comes from an increase of sight-unseen bids on CDN Exchange.

The folks at Heritage are feeling bullish as their wholesale trading department has posted bids for type coins, dated 20th century gold, and other select coins. These bids are for NGC graded coins, and it speaks to an interesting phenomenon that we have heard about from multiple national dealers. This is the fact that NGC coins are relatively scarce in the market. There are a few dynamics at play here. There has been a tendency on the part of some dealers to automatically cross coins from NGC holders to PCGS holders due to the perception of greater value and/ or liquidity in the PCGS holder. 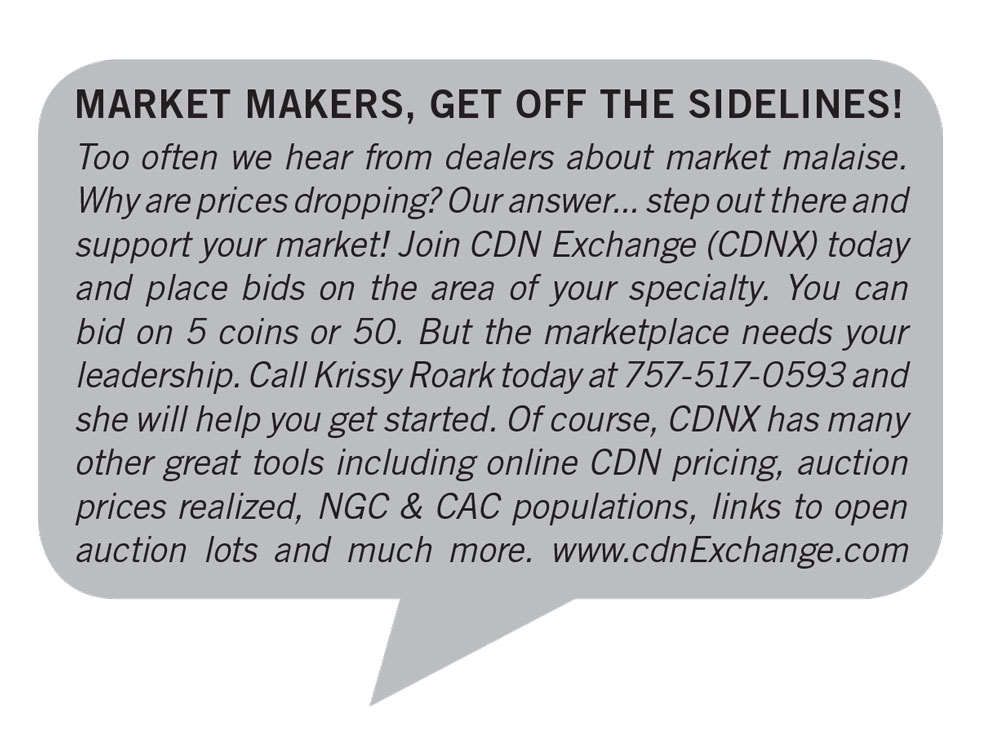 Over the past year or two, PCGS has been extremely aggressive in both their grading of raw coins and crossing NGC coins. This has had the effect of creating excess supply of certain PCGS coins. For example, it’s not uncommon to see a single large auction containing three, four, or even five coins of the same date and grade in PCGS holders offered in consecutive lots. Inevitably, some of these lots sell cheaply, driving down the price for coins that may just barely make the grade. Bias aside, the fact is that there are fewer NGC coins in the market and buyers seek the greatest value which now appears to be shifting. The week, readers of the Bluesheet will see the net result of plus signs on the Bluesheet. We heard from a senior representative of the Heritage wholesale department who told us that we could expect to see “many more sight-unseen NGC bids in the future.”

From our standpoint, this is an exciting development. The rare coin market needs more market makers (in any area!) to step up and post bids so we can demonstrate greater liquidity and value to the overall community. With metals prices heading steadily up, this may be the perfect time.