I was astounded by the quality and rarity of the notes in this "secret" collection of rare paper. 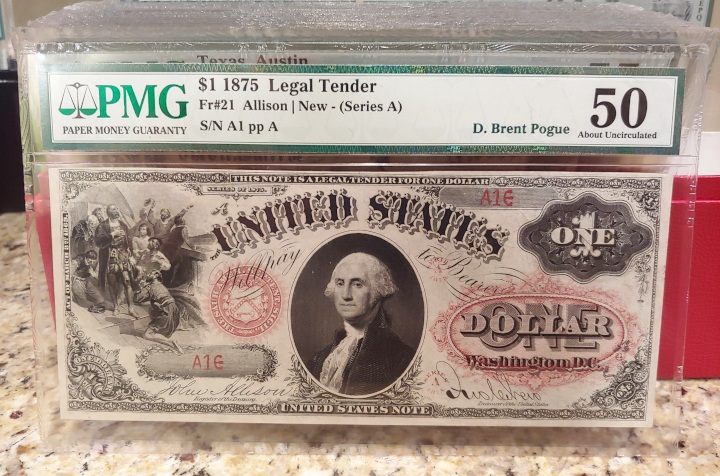 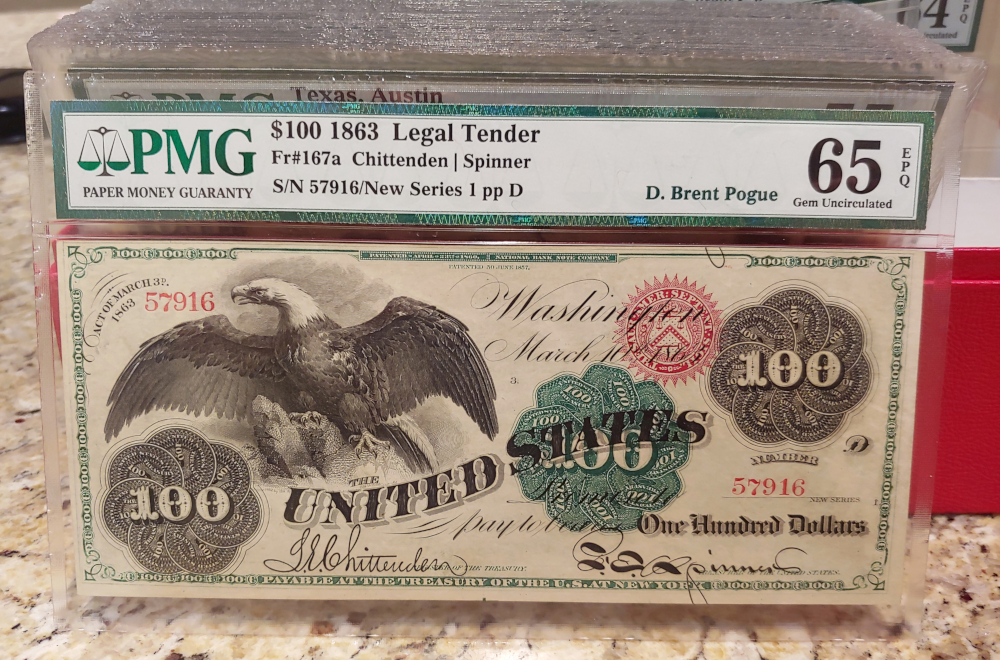 On January 29th I paid a personal visit to Stack's Bowers Galleries in Southern California for an exclusive preview of the D. Brent Pogue Collection of United States paper money. While the Pogue coin collection is world famous, many were unaware that the late Mr. Pogue also assembled a world-class and sure to be legendary currency collection.

The collection, to be auctioned during the Whitman Baltimore Expo in late March, contains around 250 pieces. While the collection consists of notes that are very high quality and rarity, it is not a "classical" collection, meaning it is not a type set nor did it attempt to be complete by Friedberg number. Instead, many unique and special pieces are included. 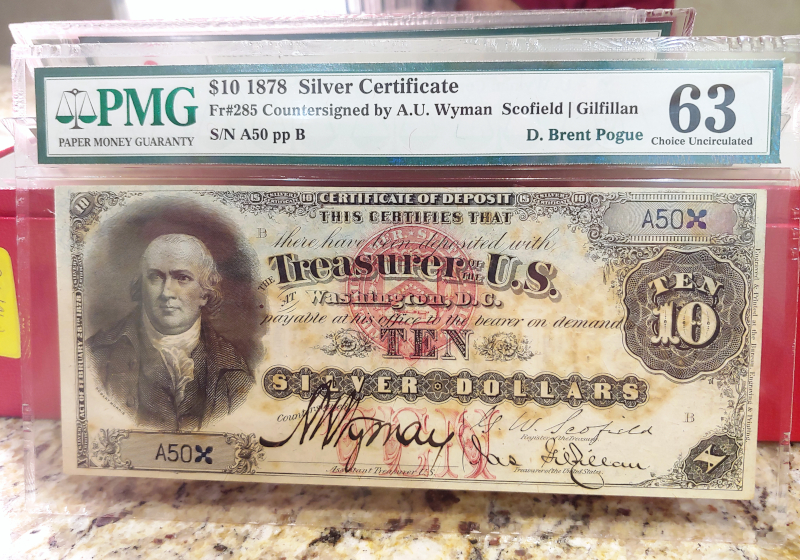 These include numerous Serial Number One notes, Large Size Replacement (Star) notes, and notes with Courtesy Autographs from early government officials and other inscriptions. It can best be described as a "collector's collection" because it is apparent that Pogue simply bought what he loved. Enjoy these highlights.