by National Coin and Bullion Association 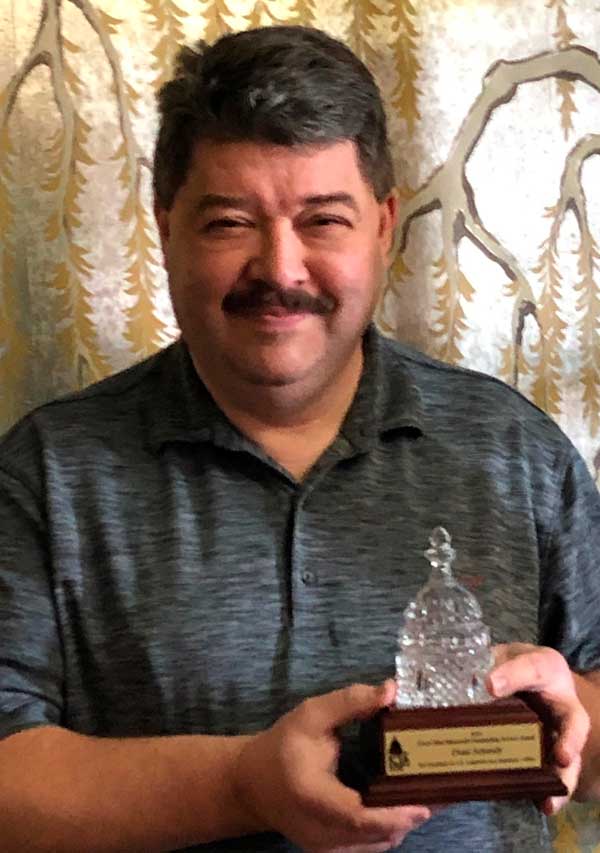 He received the 2019 Diane Piret Memorial Outstanding Service Award for his efforts on Kansas House Bill 2140. The bill provides a sales-tax exemption on sales of gold and silver coins and on all gold, silver, platinum, and palladium bullion.

Industry Council for Tangible Assets dealer-member Dean Schmidt (Dean Schmidt Rare Coins, Atchison, Kansas) was honored during the ICTA dinner and update at Tony Roma's in Orlando, Florida, on January 8 as the recipient of the 2019 Diane Piret Memorial Outstanding Service Award for his efforts to see Kansas House Bill 2140 passed. The bill provides a sales-tax exemption on sales of gold and silver coins and on all gold, silver, platinum, and palladium bullion.

“We thank Dean Schmidt for his continued perseverance over the years and the tremendous support of everyone who helped make this exemption a reality,” said chief operating officer David Crenshaw.

The dealer and collector communities, in conjunction with ICTA, put a tremendous amount of hard work into the grassroots campaign. Schmidt has championed the cause for the last four years, raising capital for lobbyist costs and reimbursing ICTA’s expenses, spreading the word to dealers and collectors, speaking at shows all over the state, emailing, attending meetings at the state legislature, and testifying in both the House and Senate. Many other dealers also attended and testified at House and Senate committee hearings, as well as financially contributing to the efforts: Jeremy Brakenhoff and Josh McCleary (Mass Metals/Ownx), Robin Tummons (The House of Stuart), Robert Dunlap (Equity Standard Numismatics of Kansas), and Rick Raines (representing the Johnson County Numismatic Society—a major financial contributor to the campaign). Several ICTA members and JCNS club members also attended committee hearings, and the campaign received tremendous help from Pat Heller (Liberty Coin Service), ICTA’s traveling sales-tax exemption guru, and former ICTA executive director Kathy McFadden, from her testimony in 2018 committee hearings. Big thanks also go to Travis Lowe and Scott Heidner with Gaches, Braden & Associates, the lobbyists that worked tirelessly on this legislation.

“The ICTA partnership, along with lobbyists from Gaches, Braden & Associates and many others, were invaluable to the success of our efforts,” said Schmidt.

The award commemorates the 25-year career of ICTA’s former industry affairs director, who died in 2015. 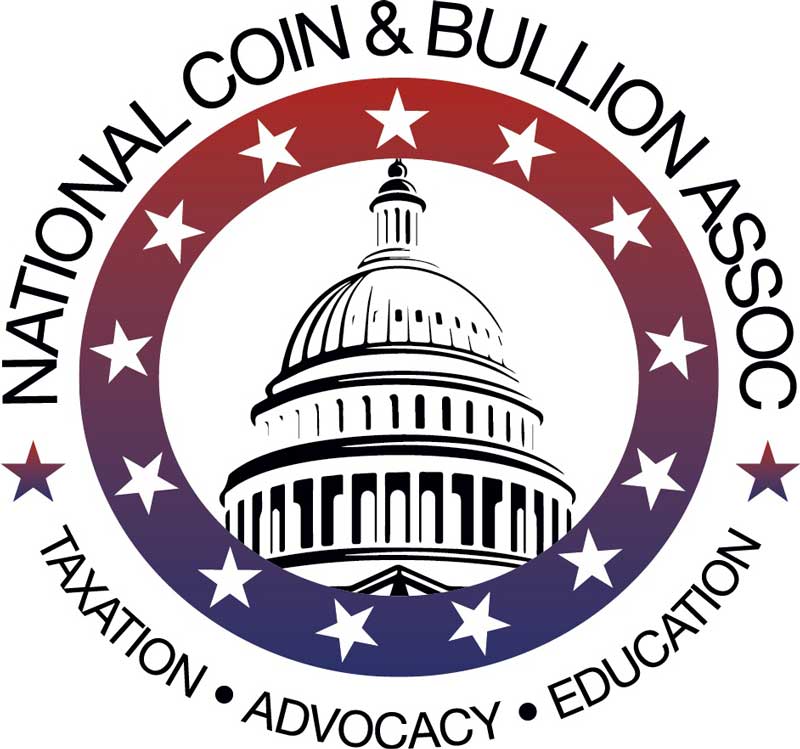 National Coin and Bullion Association The Industry Council for Tangible Assets, dba “National Coin & Bullion Association,” is a 501(c)(6) tax-exempt trade association dedicated to the coins, currency, and precious-metals bullion communities for over 36 years. NCBA exists to promote and safeguard the interests of its members, serving as the industry’s watchdog to maintain a favorable legislative and regulatory climate in the United States federal government and individual state governments. The association provides a medium through which its members may confer, consult, cooperate with, and educate governmental and other agencies to solve problems affecting their businesses. NCBA also offers its members assistance and information on new and existing laws and regulations and promotes harmony and cooperation among its members to advance the welfare of the numismatic communities.
more from National Coin and Bullion Association
directory listing