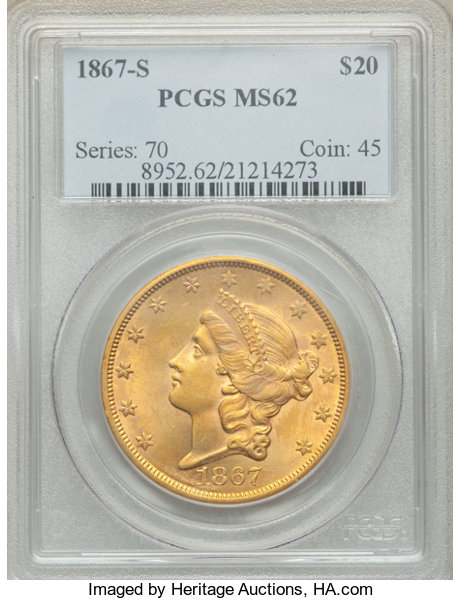 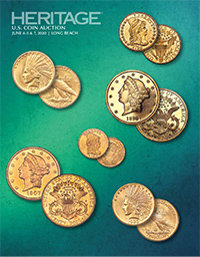 Some pieces are highly sought after by collectors because they are rare overall, with few in existence. However, there are so-called "condition rarities" that are exciting because their condition is so far above what is normal for a particular coin. The 1867-S $20 Liberty is a good example, and an especially high-grade example will be on offer at the US Coins Signature Auction, which has been moved from Long Beach to Heritage Auctions’ global headquarters in Dallas, June 4-7 due to the cancellation of the Long Beach Expo.

About 97% of the roughly 2,227 1867-S double eagles certified at PCGS and NGC combined survive in various circulated grades with some degree of wear and use in circulation. Merely 3% remain in Mint State, and of those, Heritage will be offering a PCGS MS62 representative ranks among the finest certified at PCGS. A single MS63 at NGC is the only example of this mass-produced double eagle issue graded finer. That makes this rare gold coin one of the top 3% of survivors and makes it a key candidate for the Registry Set collector.

With published price guides listing this coin at around $30,000 or so, it should be in demand when it comes up for bid [link to auction lot].