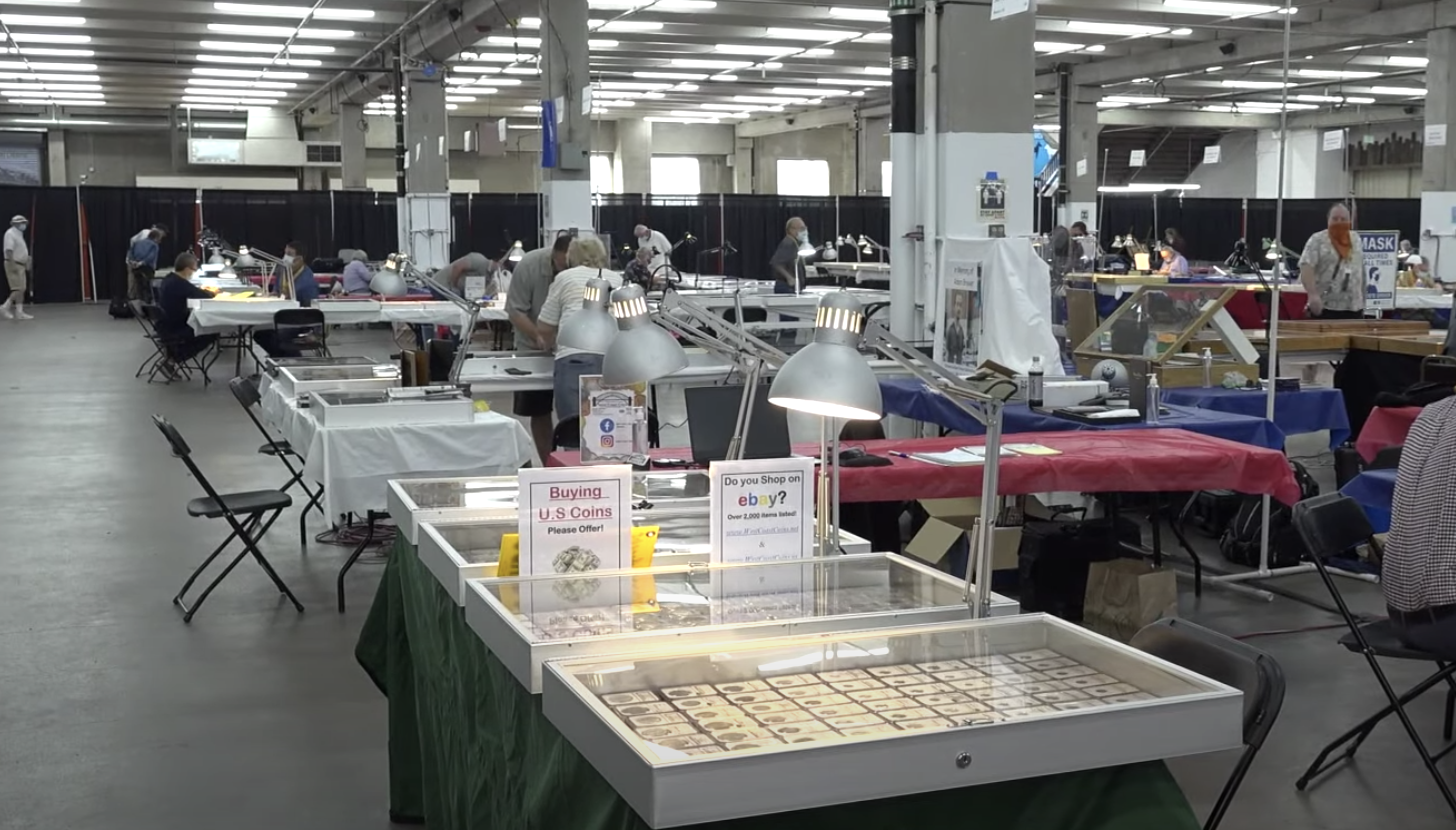 Join David on a walkabout at Denver Coin Expo During COVID Virus October 3-5, 2020.

David Lisot braves the Corona Virus at the Denver Coin Expo to bring you news about one of the first major regional coin conventions. David talks to Neal Hatgi, promoter of the show to find out all the precautions taken to ensure a safe coin collecting experience. He talks to dealers and collectors including Don Kagin and Jeff Wuller. He shares with Glenna Brewer about the passing of her youngest son, Adam Brewer, and his life of collecting. Plus he shows you lots of coins and tips how to have a successful convention.

About David Lisot and CoinTelevision.com
These are selections from the David Lisot Video Library that feature news and personalities from the world of coin collecting. David has been attending coin conventions since 1972 and began videotaping in 1985. The Newman Numismatic Portal now lists all David’s videos on their website at: https://nnp.wustl.edu/library/multimediadetail/522852