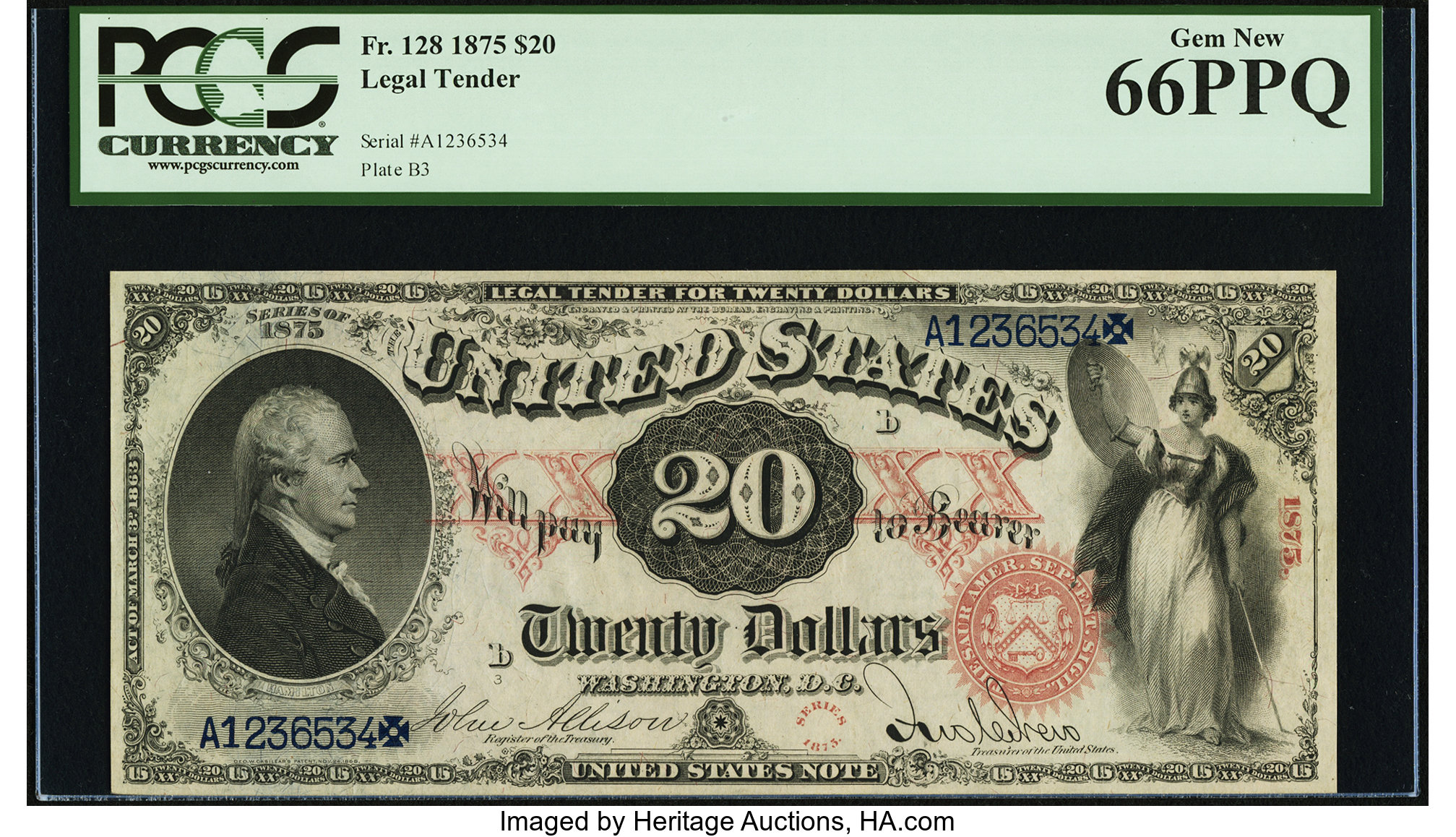 The Heritage Auctions currency sale taking place at the FUN show this year consists of more than 5,000 lots of United States and World paper money. Here are three highlights:

High denomination Blue Seal FRNs, while at times expensive, are underrated and perhaps underappreciated in today's market. They are all very scarce, and in the case for this note from the Dallas Federal Reserve District, there are just three known to exist. This particular note has been off the market since 1984, and the market has not seen any of the three since 2010. Graded a problem-free VF35, it ranks number two in the condition census. This note is a one-year type, and an excellent opportunity for a collector who wishes to add select notes to their collection. The scarcity of this note in this grade should not be under estimated. Certified Gem New 66PPQ, it is tied for finest known with one other note. Comparing this note to its 1869 counterpart, there have been fewer appearances of this note in high grade, and at lower prices. Looking at price to rarity, this would be an astute purchase.

This note, from the well-known African island nation, has never been seen by many collectors and dealers. Originally a French colony, Madagascar transitioned to an independent nation in the late 1950s. The early French-printed notes of the new nation are highly sought after, and are almost never found in high grade, with the exception of a handful of more common issues. The notes feature rich colors and symbolism, and this getting a chance to own this note in this grade is highly unlikely for many years to come.