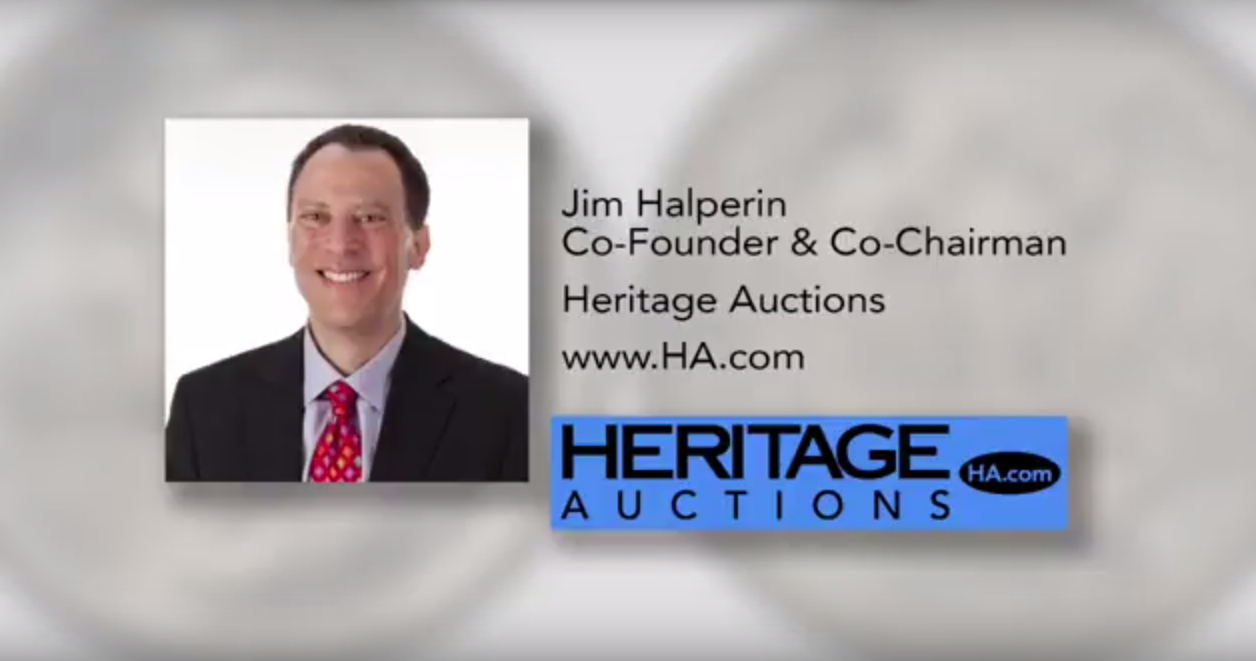 Greysheet Publisher John Feigenbaum recently had the pleasure of interviewing Heritage Auctions Founder and Co-Chairman Jim Halperin, a man who took his love of collect

Greysheet Publisher John Feigenbaum recently had the pleasure of interviewing Heritage Auctions Founder and Co-Chairman Jim Halperin, a man who took his love of collectibles and knowledge of computer technology to build one of the largest and most successful auction firms around. Halperin, born in Boston in the 1950s, grew up in the era of collecting coins, stamps, and comic books and followed his heart to build his own collectibles business at the age of 16. Accepted to Harvard University, the young Halperin soon decided his future was in running his own numismatic firm.

In 1975, Halperin helped pioneer the first mainframe computer system to operate in the numismatic realm and by the end of the 1970s, his firm had become one of the top in the industry. In 1982, he merged his operations with those of his friend Steve Ivy to establish Heritage Auctions. A couple years later, Halperin wrote a book that became the basis for the grading standards upon which Professional Coin Grading Services (PCGS) and Numismatic Guaranty Corporation (NGC) built their successful third-party certification businesses. As the internet and computer technology became a mainstay in the numismatic industry and general commerce in the 1990s and 2000s, Heritage soared to the top of the collectibles world. Today, it’s one of the hobby’s biggest players, handling coins such as the 1913 Liberty nickel, 1894-S Barber dime, 1804 dollar, and 1787 Brasher Doubloon.

Feigenbaum and Halperin’s entertaining, enlightening conversation takes listeners through many of the iconic auctioneer’s career highlights, includes his tips for how to succeed as a hobbyist, and hints at what’s to come for the future of numismatics. Below is the interview as recently featured on CDN Publishing’s popular podcast series, Both Sides of the Coin…