Heritage Auctions will be selling a great piece of shipwreck history as part of the August ANA Auction #1318. The S.S. Central America shipwreck occurred in the 1850s and forever changed numismatic history. 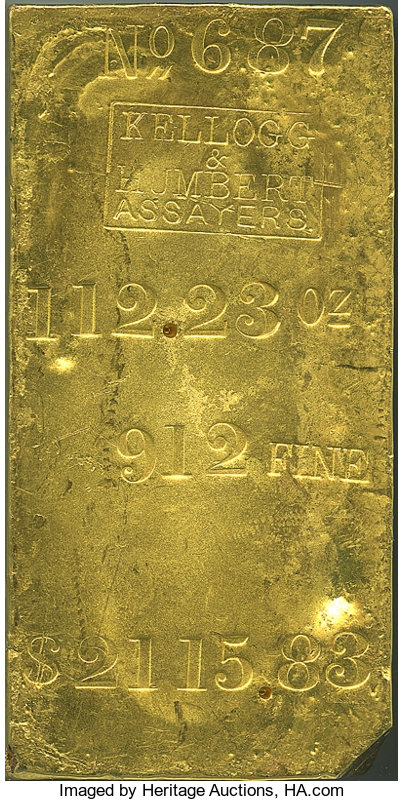 Heritage Auctions will be selling a great piece of shipwreck history as part of the August ANA Auction #1318. The S.S. Central America shipwreck occurred in the 1850s and forever changed numismatic history. This 280-foot sidewheel ship regularly operated between Central American and the eastern coast of the United States in the 1850s until a hurricane in 1857 sunk the mighty boat, weighed down heavily with a huge treasure of gold coins and bars.

Rather than these pieces arriving to their destination and being used in commerce, they sat for years at the bottom of the ocean--primarily in uncirculated condition but covered in corrosive seawater. Thanks to careful expeditions of divers with new technology and gentle conservation, these coins and bars were eventually recovered and made available to the collecting public. Many of the coins and bars are actually in amazing condition today, after conservation, because they were never spent and used in commerce.

Pieces that were rescued from the S.S. Central America are very popular with collectors today. Some of the most impressive items of all from this shipwreck were the massive gold bars that survived their watery journey in surprisingly excellent condition.