GOLDSHEET: DEALERS GEAR UP FOR HKINF

The last major auction of Chinese coins, both vintage and modern, will take place in early December. The sale will be held by Heritage, as part of the  to be held from 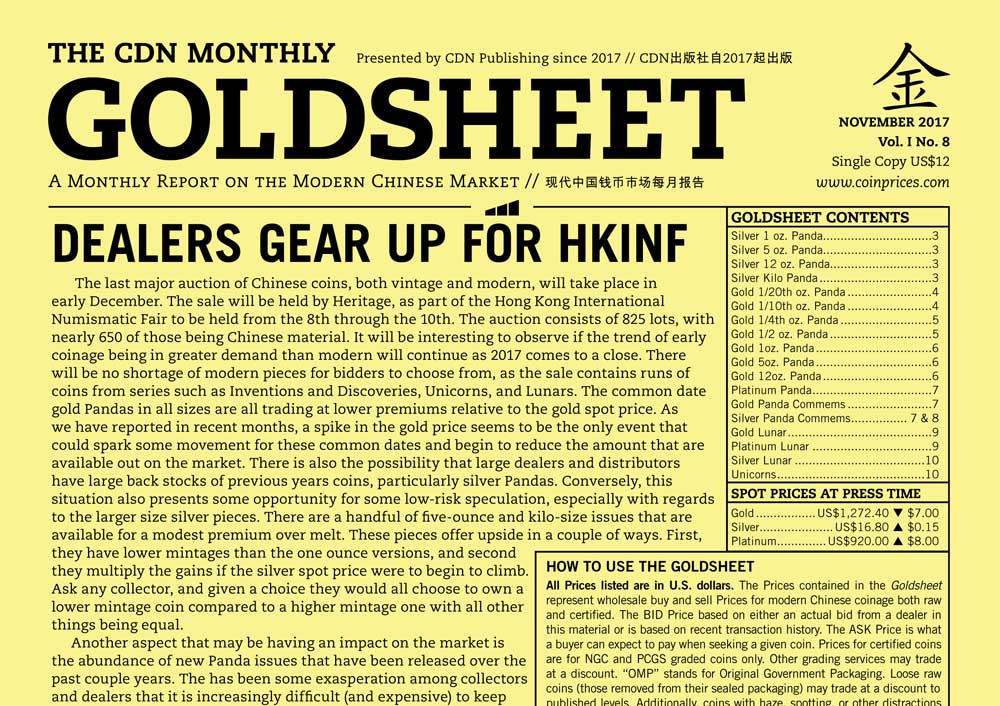 GOLDSHEET: DEALERS GEAR UP FOR HKINF 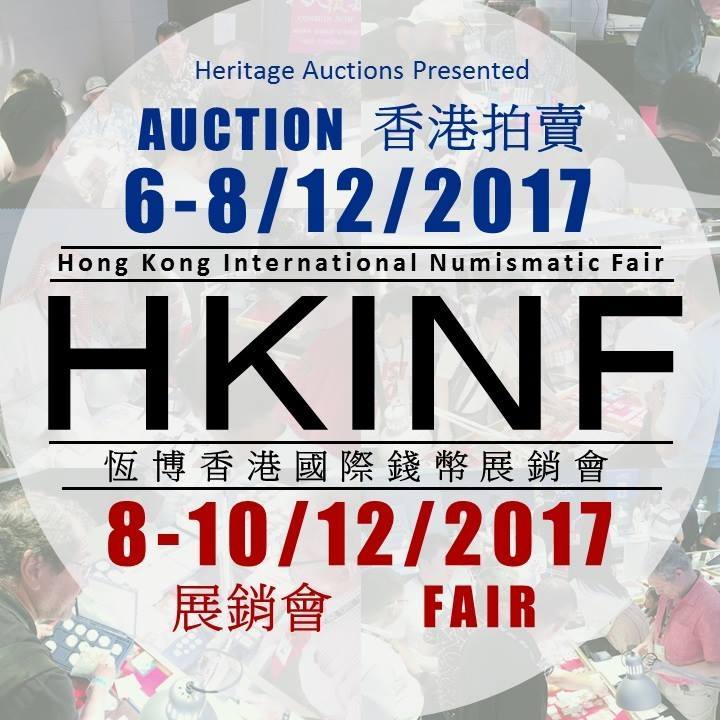 The last major auction of Chinese coins, both vintage and modern, will take place in early December. The sale will be held by Heritage, as part of the  to be held from the 8th through the 10th. The auction consists of 825 lots, with nearly 650 of those being Chinese material. It will be interesting to observe if the trend of early coinage being in greater demand than modern will continue as 2017 comes to a close. There will be no shortage of modern pieces for bidders to choose from, as the sale contains runs of coins from series such as Inventions and Discoveries, Unicorns, and Lunars. The common date gold Pandas in all sizes are all trading at lower premiums relative to the gold spot price. As we have reported in recent months, a spike in the gold price seems to be the only event that could spark some movement for these common dates and begin to reduce the amount that are available out on the market. There is also the possibility that large dealers and distributors have large back stocks of previous years coins, particularly silver Pandas. Conversely, this situation also presents some opportunity for some low-risk speculation, especially with regards to the larger size silver pieces. There are a handful of five-ounce and kilo-size issues that are available for a modest premium over melt. These pieces offer upside in a couple of ways. First, they have lower mintages than the one ounce versions, and second they multiply the gains if the silver spot price were to begin to climb. Ask any collector, and given a choice they would all choose to own a lower mintage coin compared to a higher mintage one with all other things being equal.

Another aspect that may be having an impact on the market is the abundance of new Panda issues that have been released over the past couple years. The has been some exasperation among collectors and dealers that it is increasingly difficult (and expensive) to keep up with every release. Most of these new issues are in conjunction with coin expos and conventions. While there is nothing wrong with capitalizing on the popularity of the Panda series, major marketers should be careful not to over-saturate the market. It has been proven in other hobbies that this is a surefire way to drive out collectors.

Despite this, the world coin market overall is healthy, as the truly scarce and rare pieces continue to bring big prices at auction. The “blue chip” early Chinese coins, primarily the Dragon dollars and other provincial and early Republican pieces have solid demand save for the most common types, despite that they make regular auction appearances. Examples of these include the Chihli Pei Yang Arsenal dollar, the Memento dollar, the Yuan Shih-kai dollar, and the Dragon & Phoenix pattern dollar.