This week sees the commencement of the much anticipated FUN show, which will take the initial temperature of the 2016 rare coin market and set its path for the next four to six months. 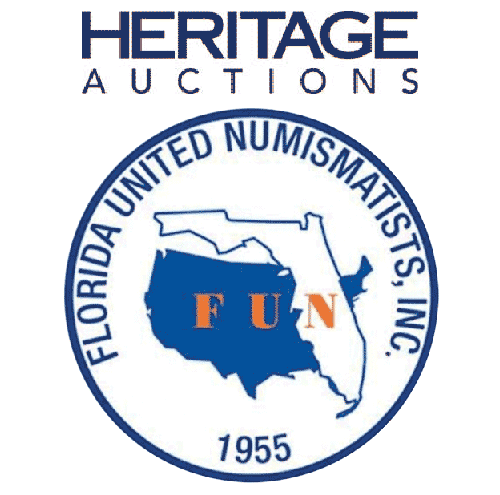 CDN STAFF ON HAND AT BOOTH #120
This week sees the commencement of the much anticipated FUN show, which will take the initial temperature of the 2016 rare coin market and set its path for the next four to six months. For the first time in decades, CDN will be among the 600+ booth holders at the show. Please stop by and give us your feedback in person!

HERITAGE SALE LEADS THE EXCITEMENT
Equally anticipated is the featured Heritage auction which consists of over 6,500 lots – a mammoth number – spread out over six live floor sessions and two online-only sessions. There are numerous rarities to be appreciated, whether one is a dealer, collector, or researcher. It would be hard not to start with some of the iconic coins struck by the San Francisco mint: an 1894-S dime, an 1870-S dollar, and a 1943-S bronze Lincoln cent. Each of these three coins could fill numerous chapters of a book, and they are offered in one auction session! The PCGS PR66 1894-S dime boasts a legendary pedigree, including Clapp, Eliasberg, James A. Stack, and Richmond. It is very interesting that Eliasberg – having acquired two of these from the Clapp estate – chose to sell this specimen rather quickly, as it was offered at auction by Stack’s in 1947, just five years after he acquired it.

The 1870-S dollar, graded PCGS XF40, is part of the Pellegrini collection of early silver dollars, consisting of 108 pieces including an 1873-CC dollar in AU58. The example offered here comes from the recently auctioned Gardner collection, and presents an opportunity for any Liberty Seated or key-date collector. Every coin shop owner can recall receiving a phone call from an excited individual claiming to have one of the famous “1943 coppers”, and then having to explain to the person that it’s probably magnetic and an artificially colored 1943 steel cent. This week, one fortunate collector has the opportunity to own the real deal, as one of the six known 1943-S bronze cents is offered: this one graded PCGS AU55. Additionally, there is a 1943 bronze struck at Philadelphia graded AU58 and three different 1944 steel Lincolns in the sale. Seldom has the market seen such an array of these exciting errors. Another highlight of the FUN auction is the McCoy Family collection of early quarter eagles. A small but highly selective offering, the standout is the 1804 13 Stars Reverse quarter eagle, second finest known graded AU55 by PCGS and CAC endorsed. Small cent specialists will surely be excited to view and compete for the coins that comprise the Tom & Jean Fore collection of Flying Eagle cents. This offering includes no less than 10 examples of the various die varieties of the 1856 cent and numerous rarely seen Flying Eagle cent patterns. For business strikes, an MS66 graded – finest known – 1857 Obverse of 1856 cent is one of the many highlights.