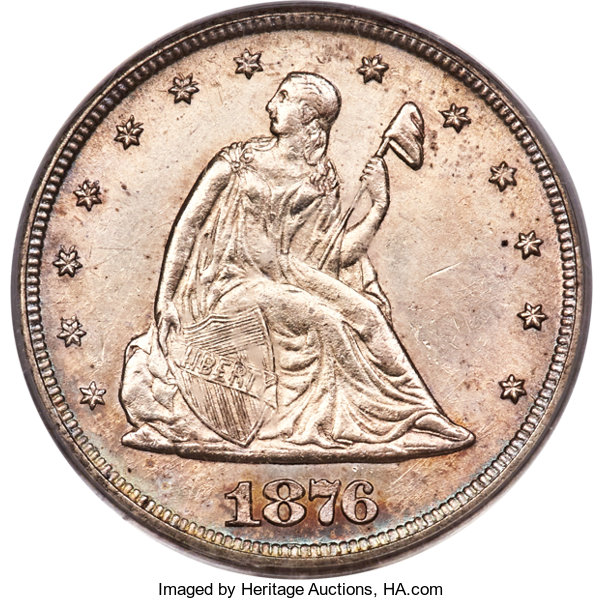 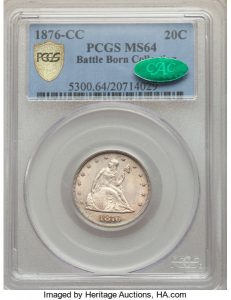 Two extremely rare coins from The Poulos Family Collection – a 1876-CC twenty cent piece and a Proof 1975 dime without the S mintmark – sold for $456,000 each as Heritage’s September 4-9 numismatic auctions at the Long Beach Coin and Collectibles Expo realized well over $30 million in total. All prices realized include a 20% Buyer’s Premium.

US coins raised close to $18.2 million, led by the aforementioned rarities. The 1876-CC twenty cent piece is a famous melt rarity, produced in some quantity at the fabled Nevada mint, yet almost the entire mintage was melted. Fewer than twenty examples are known today. The piece in this auction is a PCGS-graded MS64 example, formerly of the Battle Born collection. The 1975 No S dime is an extreme modern rarity, caused by the S mintmark being left off the die used to strike this proof coin in San Francisco. Only two proof 1975 dimes are known without the mintmark (circulation strikes without a mintmark were struck in Philadelphia and are very common). This piece is the finer of the two, grading PR68 according to PCGS.