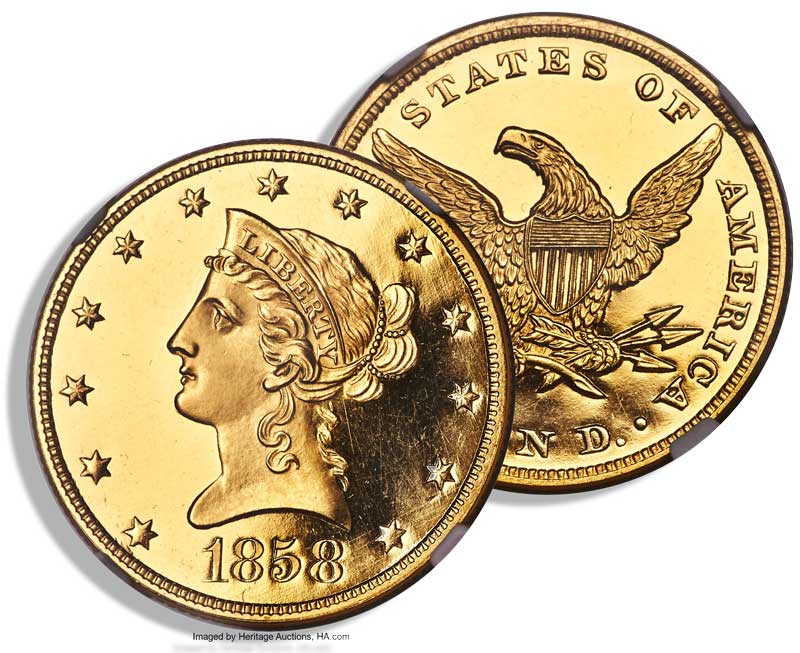 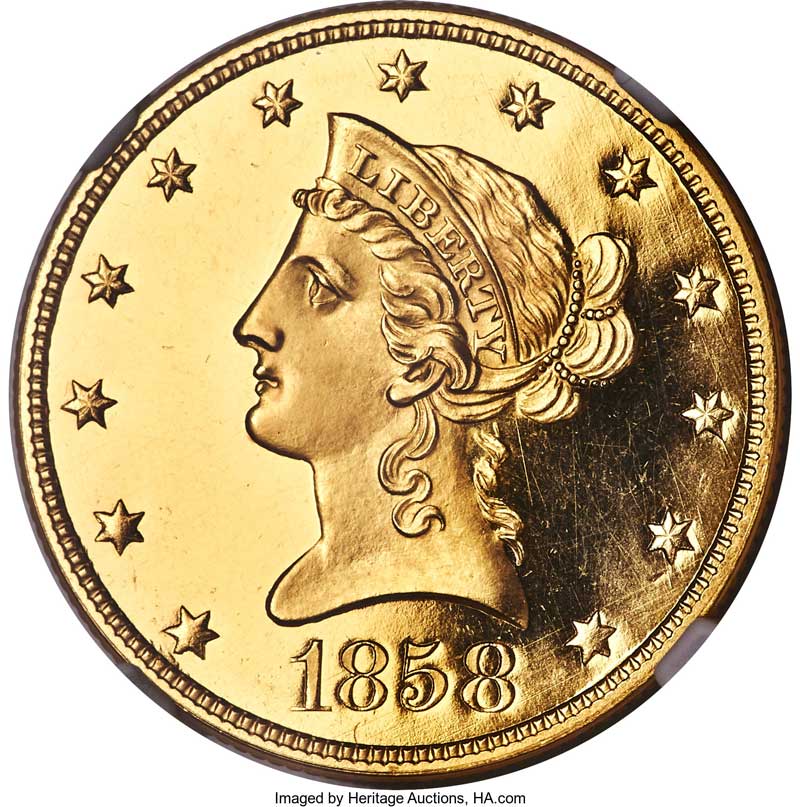 DALLAS, Texas (March 18, 2020) – An 1858 Liberty Eagle , one of the most historic U.S. gold coins ever minted and the only specimen known outside of museums, will headline Heritage Auctions’ U.S. coins offerings during the Central States Numismatic Society auctions, April 22-25 in Dallas.

“Heritage is honored to have been selected to offer this historically important coin to its clients,” said Greg Rohan, President of Heritage Auctions . “It may be decades before this coin becomes available again and the proof gold specialist will find no adequate substitute for this unique-in-private-hands example.”

Experts agree no more than four to six 1858 proof Liberty eagles were produced, the coin offered here, graded PR64 Ultra Cameo NGC., CAC. JD-1, High R.7, is one of four examples that have been reliably reported; three of those coins are included in institutional collections at the Smithsonian Institution, the American Numismatic Society, and the Connecticut State Library.

The 1858 Liberty Eagle is legendary. The Choice proof possesses a combination of extreme absolute rarity, outstanding visual appeal, and one of the longest and most illustrious pedigrees in American numismatics. The coin has an impeccable provenance. The history of the coin can be traced all the way back to 1858. It formerly belonged in the collections of master collectors Lorin G. Parmelee, Dr. Charles W. Green, Amon Carter, Sr. and proof gold specialist Ed Trompeter, all of whom are still considered among the greatest coin collectors of the 19th and 20th centuries. Trompeter acquired the coin in 1984. The owner of the Duquesne Collection purchased this coin privately via Heritage Auctions, along with many other coins from the Trompeter Estate, in 1998. 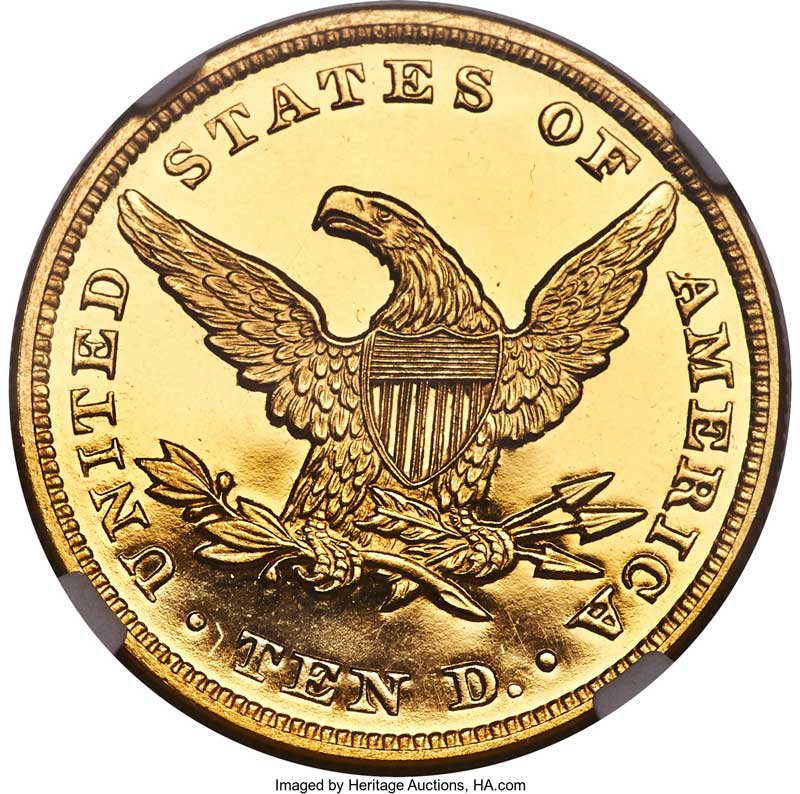 This proof exhibits sharply detailed central design elements, with razor-sharp definition on Liberty's curls and the eagle's wings, and just a trace of softness on some star centers. The deeply mirrored fields contrast profoundly with the richly frosted devices to create an intense cameo effect.

Heritage Auctions will offer the 1858 proof Liberty Eagle gold coin at auction for the first time in 36 years April 22–25 in Dallas, Texas. The CSNS canceled its convention because of the coronavirus outbreak, but Heritage will still hold its auctions during the original dates.