A preview of Kagin's Auctions sale to be held at the ANA National Money Show in Atlanta. 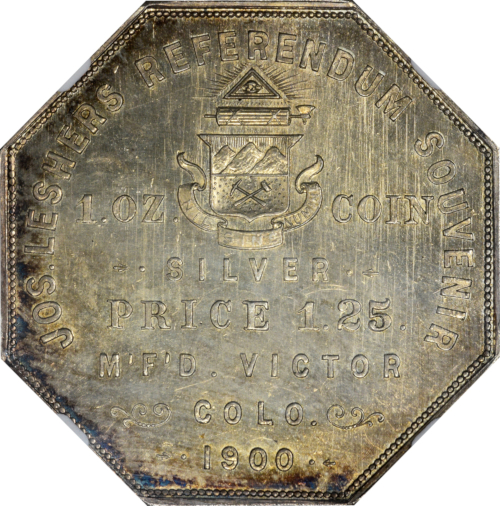 Once again, the annual Spring ANA National Money show-this year conducted in Atlanta Georgia on 2/27-28, features something for everyone—and this time for everyone else. Not only is this sale replete with U.S. coins from Colonials through Pioneer Gold, but it also features almost 200 Medals and tokens, the # 1 set of Lesher Referendum Dollars and additional so-called dollars, Good-For mirrors and Americana. And over 75 lots of Primitive/Odd & Curious Money.

The star of the auction is the Finest Known specimen of the very rare 1830 $2 ½ Templeton Reid in PCGS MS61. Necessitated by a need for an adequate medium of exchange during the first gold rush in Southern Appalachia, Reid established the first private gold mint in the United States just a few miles from the auction venue in Atlanta. The auction coin was one of, if not the, first privately issued gold coin and hasn’t been publicly offered in over a half century.

Other pioneer gold includes some of the finest Bechtler coins from Georgia and North Carolina, California gold including the iconic $50 Humbert slug in Mint State, Utah/Mormon and Colorado gold coins. California fractional gold coins conclude with the Finest certified set of 36 “Hart” Coins of the Golden West.

The sale concludes with one of the most interesting of all numismatic series—Primitive or Odd & Curious Money. Over 75 lots from the Ken Hallenbeck Collection offers a very diverse collection of money including seven Yap Stones, three Money Trees, several knives and spears, scores of opium weights, hundreds of Ahsanti weights and Siamese gambling pieces, gongs, masks and the famous Ming banknote.